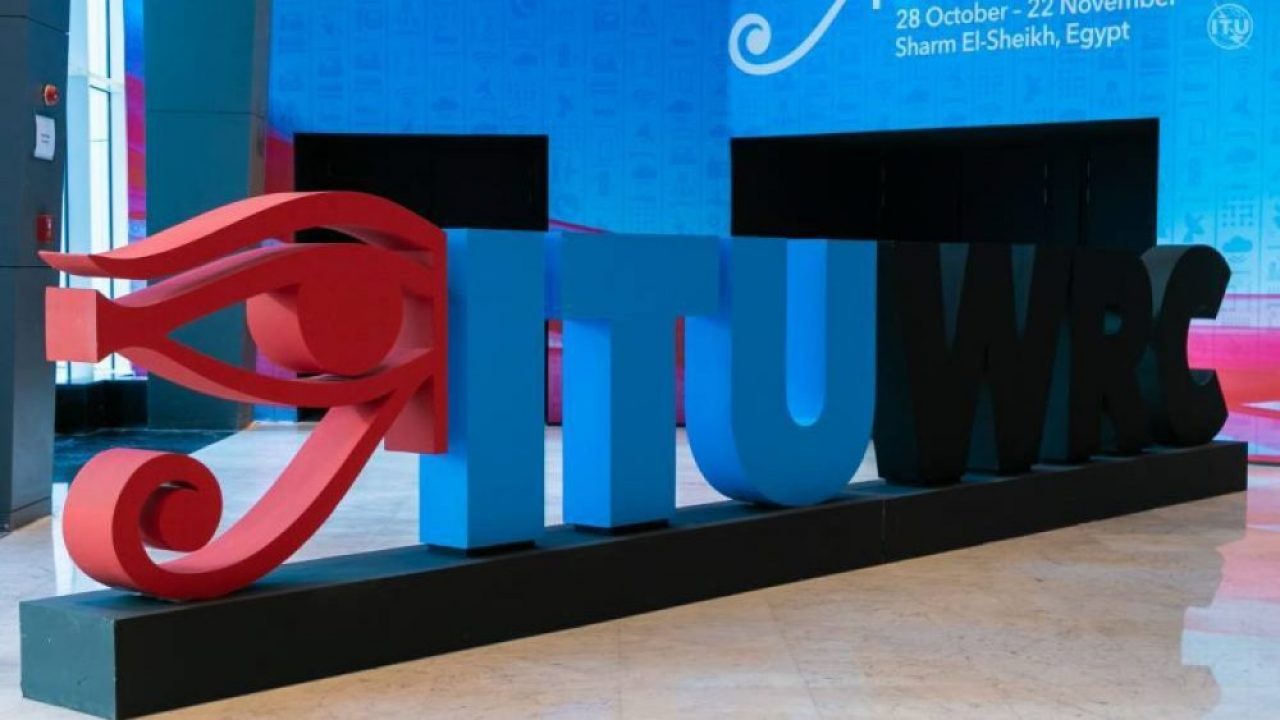 The World Radiocommunications Conference addressed the disjointed nature of 5G spectrum allocations around the world, among other thorny problems.

Delegates from around the world attending the World Radiocommunications Conference (WRC-19) over the past four weeks arrived at compromise solutions that seem to have pleased the interests of both the satellite and cellular communications sectors.

The WRC is held every four years, with technologists and regulators setting the rules for allocating the prized radio frequencies used for myriad applications from weather forecasting to emerging wireless networks such as 5G. This year the event was held in sunny Sharm-el-Sheikh, Egypt, and involved 3,400 delegates from 165 member states. The decisions taken at the ITU-sponsored event impact a huge range of interests from improving Internet access via satellites for passengers on planes, trains, ships, and roads, to enabling communications in underdeveloped regions, to setting the crucial parameters for the design and operation of massive machine-to-machine and ultrareliable, low-latency communications.

Inevitably, one of the major themes this year was the emergence of 5G networks and how to ensure their global harmonization. The reality is that if different parts of the world deploy different spectrum for such mobile networks then roaming will be a significantly more difficult issue — one that would inevitably drive up the cost of components.

Thus one of the most important agreements at WRC-19 was the identification of more high-frequency spectrum that could be set aside for a bunch of 5G services. The agreement included the 24.25 to 27.5 GHz, 37 to 43.5 GHz, 45.5 to 47 GHz, and 47.2 to 48.2 GHz bands, and at the top end, 66 to 71 GHz. The industry has been calling for new frequencies because ultralow latency and very high bit-rate applications will need larger continuous blocks of spectrum than those available in the frequency bands already identified.

Of course it remains to be seen exactly how much use all these very high frequencies can be put to. Building out the huge number of small cells that would be required to make use of all this proposed spectrum will also be a huge and expensive task.

Mats Granryd, director general of the GSMA, commented that “countries struck the right balance in opening up groundbreaking possibilities for 5G while protecting existing radio services worldwide. The mobile industry’s goal going into WRC-19 was to identify enough 5G spectrum to deliver long-lasting socio-economic benefits. WRC-19 delivered on this goal and also secured a pathway to 5G’s future success in the agenda for WRC-23.”

It has long been a quirk of these events that the agenda starts being devised for the next one, even if it’s four years off. One obvious target for the 2023 event will be to identify additional mid- and low-frequency bands. Other planned themes include Earth Stations in Motion (ESIM), high altitude IMT base stations, aeronautical mobile applications, and novel Global Maritime Distress and Safety Systems (GMDSS).

Meanwhile, David Meltzer, director general of the GVF, the global trade association for the satellite industry, also welcomed the outcomes for potential satellite-based services, calling the spectrum allocated the “oxygen that brings such services to life.”

Meltzer said the decisions reached that protect existing satellite spectrum and provide access to more spectrum “will enable satellites to maintain and grow these and future services, with advances in satellite and antenna technologies and increased capacity.”

Specifically, delegates at the Conference adopted what is being described as an innovative, milestone-based regulatory approach for deploying non-geostationary satellite orbit (NGSO) satellites in specific bands and services so as to preserve their spectrum rights. The new rules will mean that operators will need to hit deployment milestones that commence seven years after requesting the spectrum.

After those seven years, NGSO constellation operators will have to launch 10% of their satellites within two years, 50% in five years, and all in the seven years. If constellation ventures have not launched the target number by the milestones laid out, or within the total fourteen years allotted, their spectrum rights will be limited in proportion to the number launched before time ran out.

This agreement represents quite a technological milestone for the sector, and it was negotiated to ensure faster rollout of high-speed Internet to remote regions. Until now, constellation ventures had to launch a single satellite within seven years of applying for spectrum, operate it for just 90 days, and then file so-called ‘bring-into-use’ paperwork with the ITU’s Radiocommunication Bureau in order to preserve the desired frequencies. Many delegates, and regulators, were concerned that this allocation left room for ventures to simply hoard spectrum for perhaps thousands of satellites with the launch of just one satellite.

Companies such as SpaceX, OneWeb, Telsat, and Amazon are each planning thousands of satellites in Low Earth Orbit (LEO) to connect broadband access to rural or underserved areas around the world.

The new rules will also apply to constellations targeting earth observation and astronomy.

Ahead of the meeting, the giant US commercial communications satellite suppliers, such as Boeing, Lockheed Martin, and Northrup Grumman advocated for milestones that would require constellation ventures to launch 10% of their birds within three years, 50% after five years, and the total within seven years. The European satellite makers, Airbus Defence and Space and Thales Alenia Space, were suggesting slightly different time scales.

Closing the event, the ITU’s Secretary General, Houlin Zhao, suggested that WRC-19 “has made it possible to connect the unconnected and bridge the digital divide.”