Home » The Who’s Who of the Exodus from China 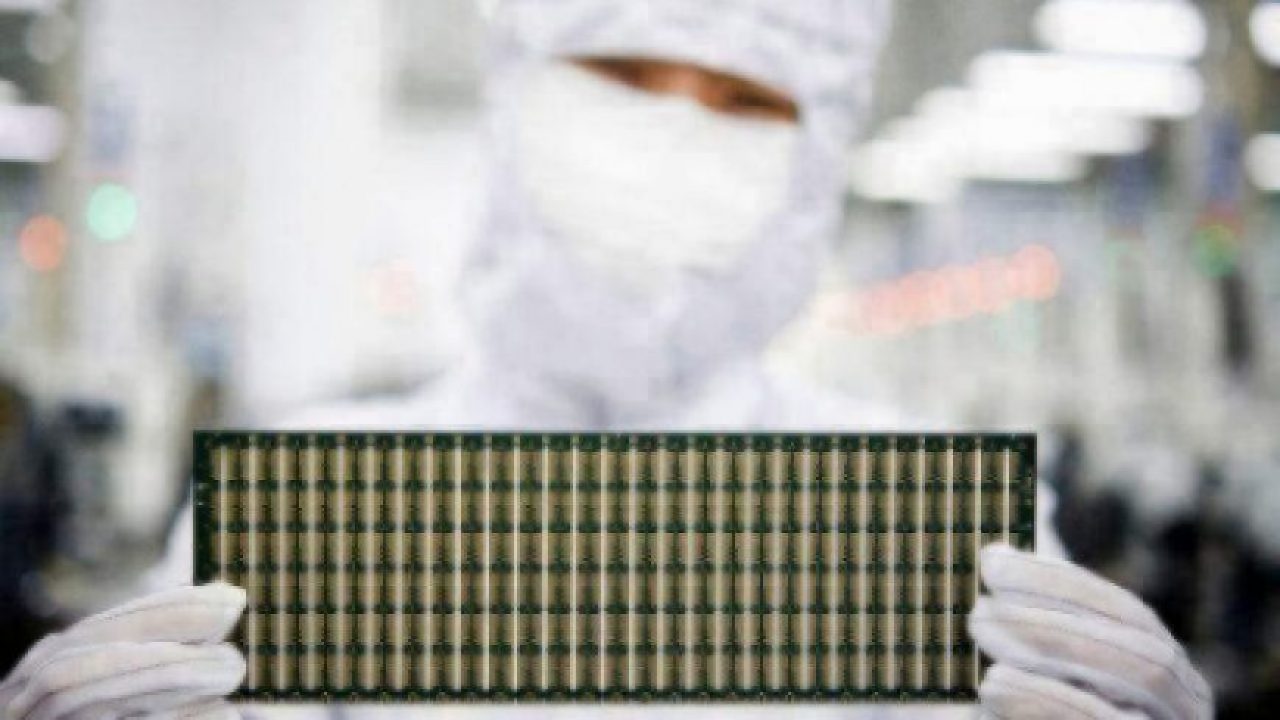 With the threat of a 25% tariff in the China-US trade war, even some Chinese companies have begun transferring some - if not all - production lines out of mainland China.

The threat of a 25-percent tariff in the China-US trade war has accelerated an exodus of U.S., Japanese, Korean and Taiwanese companies from China to elsewhere, a phenomenon that started some time ago.

Simultaneously, some Chinese companies doing business with the United States have also begun transferring some — if not all — production lines out of mainland China. The electronics industry’s embrace of these changes is forcing a restructuring in the supply chain.

China, one of the world’s largest consumer electronics markets, was always both a battleground and a magnet for foreign enterprises racing to set up factories that took advantage of the golden era of cheap Chinese labor. However, as wages have risen and the China-US trade relationship has worsened, foreign corporations are abandoning ship.

[This story first appeared on ESM China, EE Times‘ sister publication based in China, part of the AspenCore Media group.]

Although companies are leaving China, they’re not necessarily moving all their operations. Most multinationals have only moved traditional businesses related to the United States. Production lines remaining in China are still supplying goods to the domestic Chinese market and other non-US markets. They have relocated some production lines to Vietnam, India, Thailand and Malaysia, among other locales, to serve an international market that includes the United States.

Notably, in recent years, many multinationals have tried to avoid adding production lines in mainland China. Instead, they’ve built or expanded their manufacturing bases in Southeast Asia or other countries elsewhere.

In this context, the supply chain, which had been concentrated in mainland China, has gradually dispersed to Southeast Asian countries and India, resulting in the birth of new manufacturing clusters. For example, Vietnam has set up labor-intensive industries, Malaysia has created a cluster of semiconductor packaging and testing operations, and India has become a hub for smartphones and their suppliers.

1. Vietnam: Zero tariffs elevate it as a manufacturing center

In 2018, Vietnam attracted nearly $35.46 billion of FDI (Foreign Direct Investment). It is reported that Vietnam’s state-owned economy accounts for 30-40 percent of the national economy, and “private enterprises and foreign-funded enterprises” account for 60-70 percent. At present, foreign-funded enterprises in Vietnam mainly focus on textiles, electronics, and printing and packaging companies, largely because of low tariffs, corporate preferential tax policies, and the advantages of being in the labor dividend period. (Under current regulations in Vietnam, dividends are treated as income from capital investments and taxed at a flat tax rate.)

In tune with its tariff policies, Vietnam joined the World Trade Organization (WTO) and the Trans-Pacific Strategic Economic Partnership Agreement (TPP) in 2010. TPP members can cancel tariffs on all products. Currently, the organization consists of 11 member states: Chile, Peru, and Vietnam, Singapore, New Zealand, Brunei, Australia, Japan, Mexico, Canada and South Korea. In October 2018, the European Commission adopted the Vietnam-EU Free Trade Agreement. Under the agreement, 99 percent of the goods of both sides will be tariff-free.

At the same time, companies that have obtained high-tech enterprise certification in Vietnam are exempt from tax within four years from the year of profit, and the basic tax rate for the next nine years is halved. For foreign investors, self-use imported goods that cannot be purchased locally are exempt from import duties. These include machines, vehicles, machinery and equipment parts, raw materials, manufacturing inputs and some construction materials.

In addition, Vietnam’s average labor cost is about one-third of China's mainland, and land costs are lower than in China.

Drawn to these many advantages, Vietnam is favored by electronics companies. 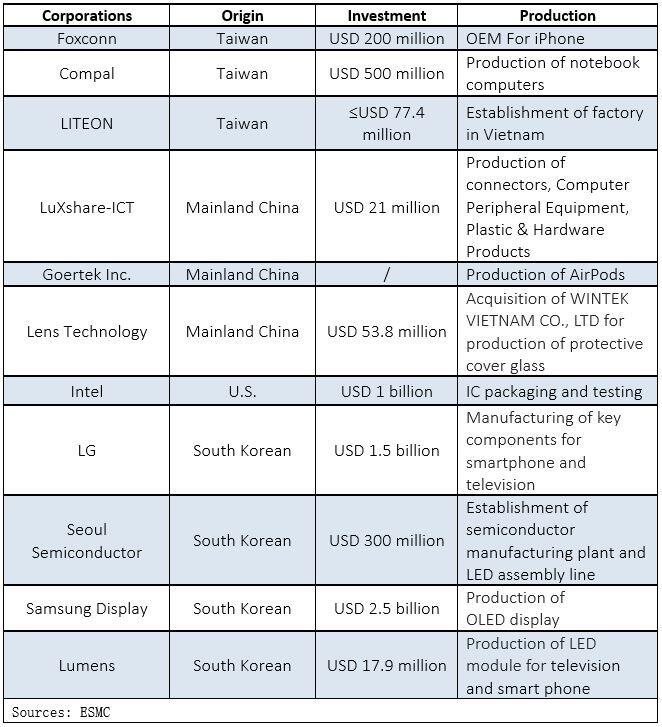 Several smartphone suppliers have set up factories in Vietnam. Luxshare Precision, for example, is a core supplier for both Apple and Huawei. Once the US implements a fourth round of tariffs against China, its supply line to Apple will be affected.

Earlier, a spokesperson for Luxshare Precision said that for the short term, it can manufacture enough products to supply brand customers and the market, without needing to transfer the supply chain. But if trade tension persists in the medium- to long term, it will need to transfer its production capacity outside China. As early as 2016, Luxshare Precision had invested US$21 million to build a factory in Vietnam. According to industry sources, the company is currently planning to increase the capacity of its Vietnam plant.

To avoid the cost pressure caused by high tariffs, Apple suppliers have begun to leave China. In addition to Luxshare Precision, Foxconn, Goertek Inc., and Lens Technology have chosen to build factories in Vietnam.

In 2017-2018, three Chinese semiconductor manufacturers, Suzhou Good-Ark, Tongfu Microelectronics and Huatian Technology, successively announced acquisition of Malaysian IC packaging and testing plants. According to analysts, the three acquiring companies are not yet profitable. They are still figuring out “how to avoid the impact of Sino-US trade disputes, obtain advanced IC packaging technology and enhance international influence.”

At present, except for the financial, insurance, legal services, telecommunications, direct sales and distribution industries, the industry’s equity is held strictly in check (the foreign shareholding ratio cannot exceed 50 percent). Foreign capital in other industries enjoys preferential policies. Foreign investors in machinery and parts, electronic appliances, medical equipment and other industries can hold 100 percent of shares. 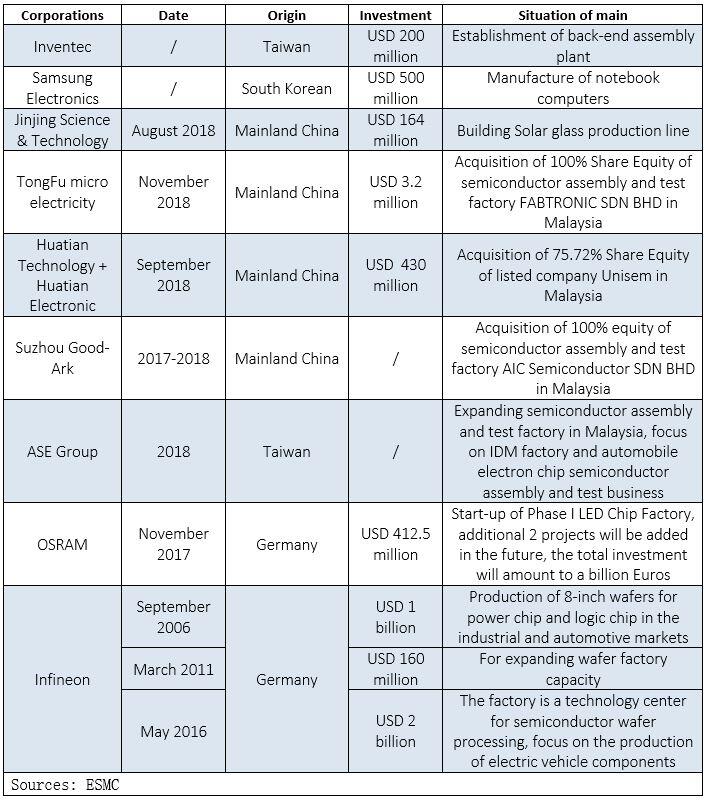 ESM China reporters have compiled some of the dynamics of foreign-invested companies in electronics and semiconductors in Malaysia.

Analysis of the table shows that Chinese semiconductor companies mainly expand their global market positions through acquisitions. Multinationals such as Infineon, Intel, and ASE were established in Malaysia long ago. Their business mainly focuses on automotive applications with higher technical requirements and higher profitability.

At present, Xiaomi, Huawei, Vivo, OPPO and other brands have production bases in India. Their upstream and downstream suppliers, such as Yingtong Telecommunication, Holitech, Everwin Precision, YUTO Tech, and Sunwoda are following suit. They are concentrated in the Noida area of India. OEMs such as Wingtech Technology, Huaqin Communication, Zowee Technology and DBG also have production bases in the area. 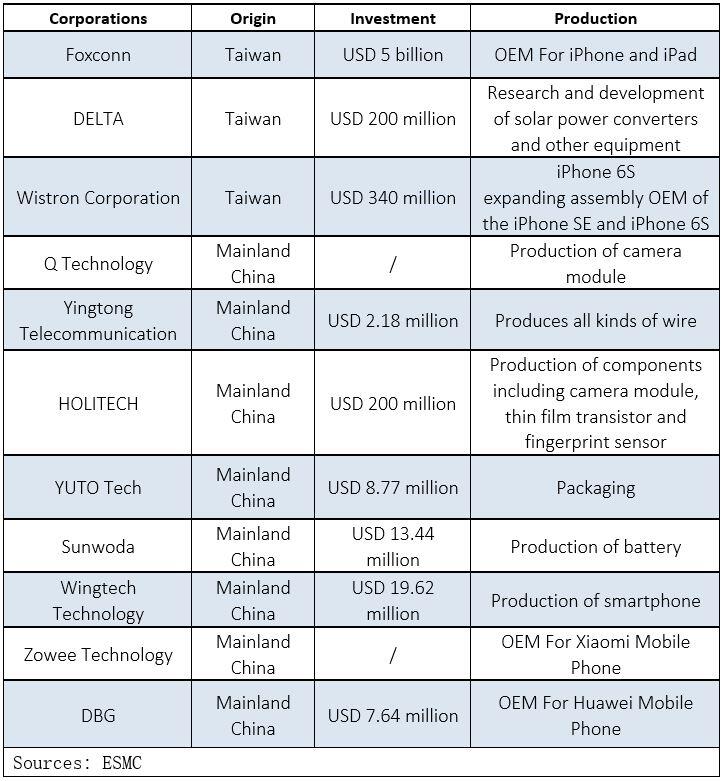 Statistics shows that the current average salary of an Indian workers is about 1,000 RMB (approximately 10,000 rupees, or US $145), with per capita overtime pay about 500 RMB. This labor cost is lower than in China, but the cost of building a factory offers little advantage because existing Indian plants rarely meet the standards of Chinese suppliers. This makes everyone more inclined to purchase land for new plants.

The industrially developed Noida area is an example. At present, the land price in the area ranges about RMB 2,975-8,428 (30,000-85,000 rupees, or US$430-$1,225) per square meter, plus water and electricity costs similar to those in China. The cost of building a factory is about the same as in China, but this does not prevent smartphone suppliers from entering India. After all, the huge Indian market is their focus. 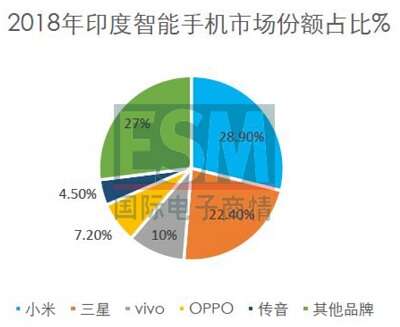 According to IDC’s “2018 Indian Smartphone Report,” China’s Xiaomi held a 28.9 percent share of the Indian smartphone market and became the most popular mobile phone brand of the year. Looking at pie chart, we can see that four of the top five domestic brands were Chinese. Investment in India and construction of plants in the region by China is booming.

Aside from Vietnam, Malaysia, and India, multinationals and Chinese companies have the options to move farther afield — to Thailand, Indonesia, the Philippines, even the United States and Mexico. However, this industrial transfer is not happening as a straightforward shift from one point to another, but rather in a more complex, divergent manner.

For example, while certain foreign-invested companies have moved some production lines back home, they are moving other lines to countries such as Vietnam, India or Mexico. These multinationals seem interested in avoiding a concentration of too much capacity in one particular country. In their view, in the current turmoil of international relations, a decentralized layout is a safer way to hedge their bets and forestall a supply chain crisis.

– Clover Lee, 李晋, is an assistant industry analyst at International Electronic Business. She is focused on reporting market and supply chain trends in automotive electronics, artificial intelligence, consumer electronics and other fields.