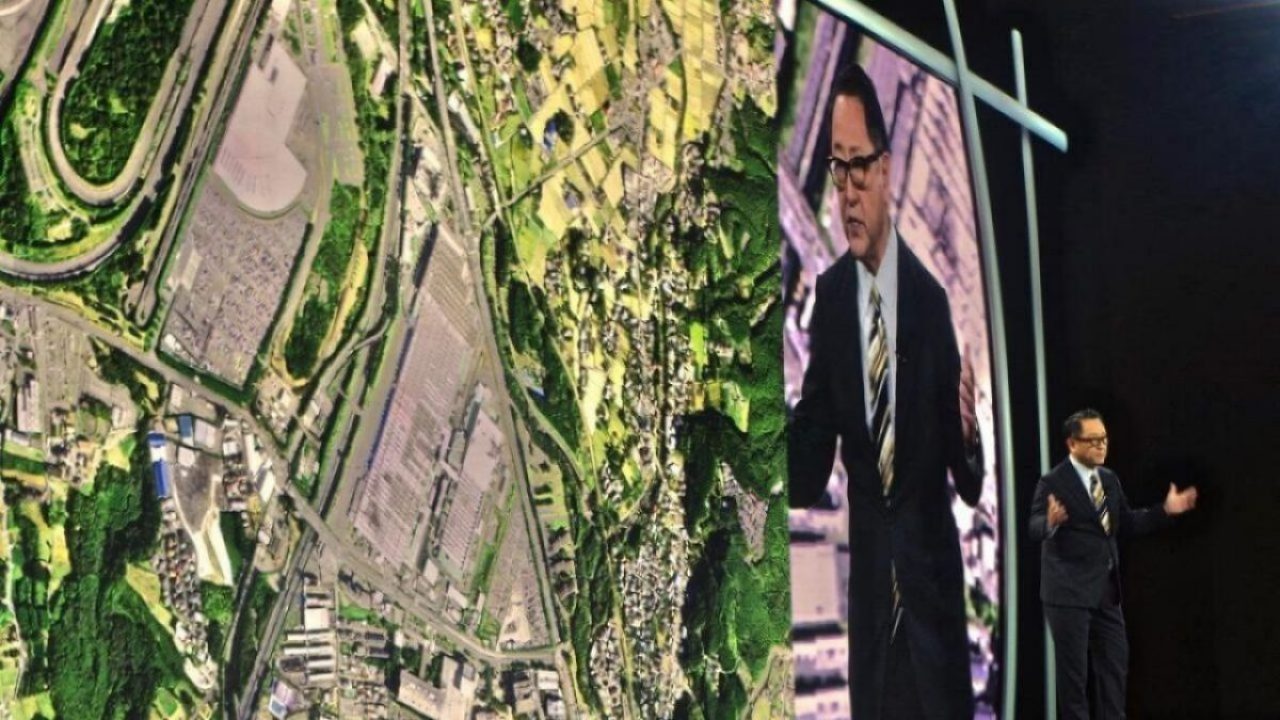 LAS VEGAS — In announcing plans by Toyota Motor Corporation to build a new city in Japan, fueled entirely by renewable resources and operated by an intricate web of artificial intelligence (AI), company chairman Akio Toyoda told a first-day media audience at the Consumer Electronics Show (CES), “You must be thinking, ‘Has this guy has lost his mind?’

“Are we looking at a Japanese version of Willy Wonka?”

Standing small against a towering screen that showed artist’s renderings of a futuristic city of 2,000 people, nestled in the shadow of Mount Fuji, Toyoda might have indeed resembled Willy Wonka, cloistered from the world in his shuttered chocolate factory. But what the Toyota chief did not say was that, in the movie, Willy Wonka was always a step ahead of everyone else.

By leapfrogging Toyota’s focus on AI into smart-city concepts, Toyoda was tacitly confirming the widespread consensus that AI in vehicles — the dream of a fully autonomous family sedan in the immediate future — is stuck in neutral.

Indeed, almost completely absent from Toyoda’s presentation was any mention of automobiles. Toyota concept cars and the Toyota Research Institute — the company’s pride and joy at CES in previous years — were off the agenda.

Mounting safety concerns and technology issues have led to an industry-wide retreat from full autonomy. Instead, carmakers and their technology allies are touting refinements in advanced driver-assistance systems (ADAS) and the development of safety standards that might make autonomous vehicles (AVs) acceptable to a dubious public afraid of seeing their kids run over by Robbie the Robot.

Toyoda introduced Bjarke Ingels, founder of the Bjarke Ingels Group (BIG), a Copenhagen-based architectural enterprise chosen to partner with Toyota in the creation of a future urban model called a “Woven City” by Toyoda and Ingels. Ingels explained that three forms of mobility would interweave in this city.

Ingels said that the Woven City would have some traditional streets, where pedestrians, bicyclists, cars, and other vehicles share space. But the dominant avenues would be an urban promenade, wide and exclusive to pedestrians, and a “linear park” designed for walking, strolling, picnicking, and — Ingels suggested — a greater level of social interaction than is common in most cities today.

Taking over from Bjarke, Toyoda sketched a vision of high-rise “blocks” surrounded by greenery, each roofed with photovoltaic tiles to convert sunlight to energy. Underground, said Toyoda, there will be a hydrogen power plant to provide additional energy. Toyota, without getting much traction on the idea, has been a leader in promoting hydrogen as a fuel source.

Each unit in the Woven City’s residences, of course, would feature lots of robotics, “with people, buildings, and vehicles all connected. “The key indoor technology would be sensor-based AI that intuits the household’s needs before any human notices, stocking the fridge, adjusting the heat, collecting the trash, monitoring the baby, housebreaking the puppy, and polishing the doorknobs.”

And every unit, he added, “will have a spectacular view of Mount Fuji.”

The streets, said Toyoda, will be filled with automated Toyota vehicles delivering goods; shuttling babies, nannies, and senior citizens; sweeping the streets; and facilitating more human contact — which, said Toyoda, must be the objective of AI in its practical applications.

However, anyone who hears about Akio Toyoda’s “personal field of dreams” and starts hoarding real estate in Kanagawa and Yamanashi prefectures near Mount Fuji will be jumping the gun. All these Woven City plans, cautioned Toyoda, will be worked out first in virtual reality.

He said Toyota is inviting like-minded companies and individuals “and anyone inspired to improve the way we live in the future” to help test the possibilities of the Woven City “in both the virtual and physical worlds.”

The Toyota chairman bowed out without providing a timetable for his dream.