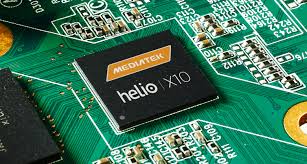 MediaTek and Huawei, China's largest mobile phone maker, have completed 5G tests in Beijing with the aim of building an industry ecosystem that includes 5G terminals, chipsets, instruments, and networks.

MediaTek said that it has completed a prototype terminal that meets the 3GPP 5G standard as well as development and integration of eight mobile-phone-sized antennas. The company said that it and Huawei are the first companies to finish a 5G new radio (NR) interoperability and docking test (IODT) at a transmission rate of more than 5 Gbps.

The work in China comes as operators in the U.S. aim at rolling out 5G as early as next year. The new standard is likely to take over a lot of the telecommunications load that is currently handled by fixed-line technology in residential and manufacturing environments.

The docking test in China demonstrates the potential of 5G technology in the commercial deployment of sub-6-GHz band communications, said MediaTek in a press statement.

“The new 5G terminals will play an important role,” said Kevin Jou, chief technology officer at MediaTek. “We are pleased that MediaTek and Huawei successfully completed the IODT testing. This will be a milestone for 5G terminal innovation, product development, and even for a commercial launch.”

MediaTek said that it will promote the development of a global standard for 5G by working with industry partners and governments with the aim of commercializing 5G in the sub-6-GHz band by 2020.

The round-trip time for a packet to move between a 5G new radio and the radio access network and back is three milliseconds, down from 20 for LTE. NR will support frequencies from 600 MHz to 100 GHz and channels from 20 to more than 100 MHz, and it can dynamically change the ratio of upstream to downstream traffic that it supports.

MediaTek’s 5G terminal prototype and Huawei’s 5G base station completed two key interoperability and docking tests of enhanced mobile broadband (eMBB) and ultra-dense network (UDN) in the 3.5-GHz frequency band and the 200-MHz bandwidth. The test used MediaTek’s 5G prototype terminal with eight phone-sized antennas, demonstrating that transmission efficiency in an indoor environment was equivalent to that in an external environment with a dipole antenna. The 5G prototype terminal can handle high-speed, large-bandwidth, multi-antenna processing, according to MediaTek.

The test was organized by China’s IMT-2020 (5G) Promotion Group as part of a second-phase verification of 5G R&D. Technologies such as parameter sets, frame structures, new waveforms, and Polar/LDPC channel coding are defined by 3GPP Rel-15 5G NR and were carried out according to equipment and test specifications developed by the IMT-2020 (5G) promotion group.

— Alan Patterson covers the semiconductor industry for EE Times. He is based in Taiwan.