Home » Intel, Qualcomm to roll out 5G platforms at MWC

Intel, Qualcomm to roll out 5G platforms at MWC 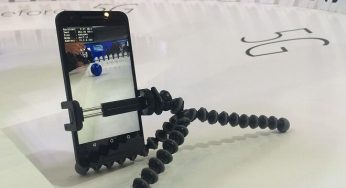 5G demos such as untethered virtual reality headsets and multimedia-capable drones are expected to dominate the LTE-era event.

The Mobile World Congress is expected to showcase a glimpse of 5G capabilities and possibilities for cellular infrastructure. MWC will be “all about 5G or what people perceive 5G to be,” said Will Strauss, principal of market watcher Forward Concepts.

Yet this year’s MWC is likely to be somewhat schizophrenic. Vendors will attract attendees to booths with demos of how cool 5G will be when it arrives in a couple of years, but they sell them new 4G products they can use today.

Rivals Intel and Qualcomm, provide a good case in point with their plans to show 5G capabilities still in the lab, while debuting products that expand their footprints in today’s LTE. Specifically, Qualcomm will roll out the first products from its joint venture with Japan’s TDK while Intel debuts a gigabit-class LTE modem and chips for cellular infrastructure gear.

For its part, Intel will show its third-generation development platform for 5G clients based on a Stratix 10 FPGA capable of 10Gbits/s data rates using 900MHz channels. It supports frequencies ranging from 600MHz to 39GHz, a broad swath across which global regulations have harmonised around specific bands.

Intel announced at CES plans to sample a 5G smartphone modem before the end of the year. That’s about the same time the 3GPP group is expected to have a rough draft standard for the 5G new radio air interface. Engineers attending those meetings say the first phase of the 5G standard won’t be formally approved until at least May 2018.

Separately, Intel will use an earlier version of the development platform to make a 5G-like connection between a car and an Ericsson base station, likely hitting 5-7Gb/s using 800MHz channels. “We will demonstrate interoperability between a chipset vendor and an infrastructure vendor live over the air–this is a major step for establishing 5G as an air interface,” Topol said.

The demos at MWC aim to show attendees how previously theoretical use cases for 5G are “becoming real as consumer experiences,” he said. “We are starting to see prioritisation and timing [of 5G products] take place,” said Topol.

Don’t expect to hear much about 5G for the IoT at the event, said Topol. The IoT features of the 5G standard are slated for Release 16, about a year later than the first wave of 5G in Release 15 which lays the foundation for greater throughput and lower latencies in cellular.

Thus, when it comes to IoT, MWC likely will focus on the LTE variants of Cat-M and Narrowband IoT now in field trials and pilots with carriers. “We need more Cat-M deployments to see the use cases [for 5G IoT] and where [5G IoT] specs will need to adjust,” Topol said.