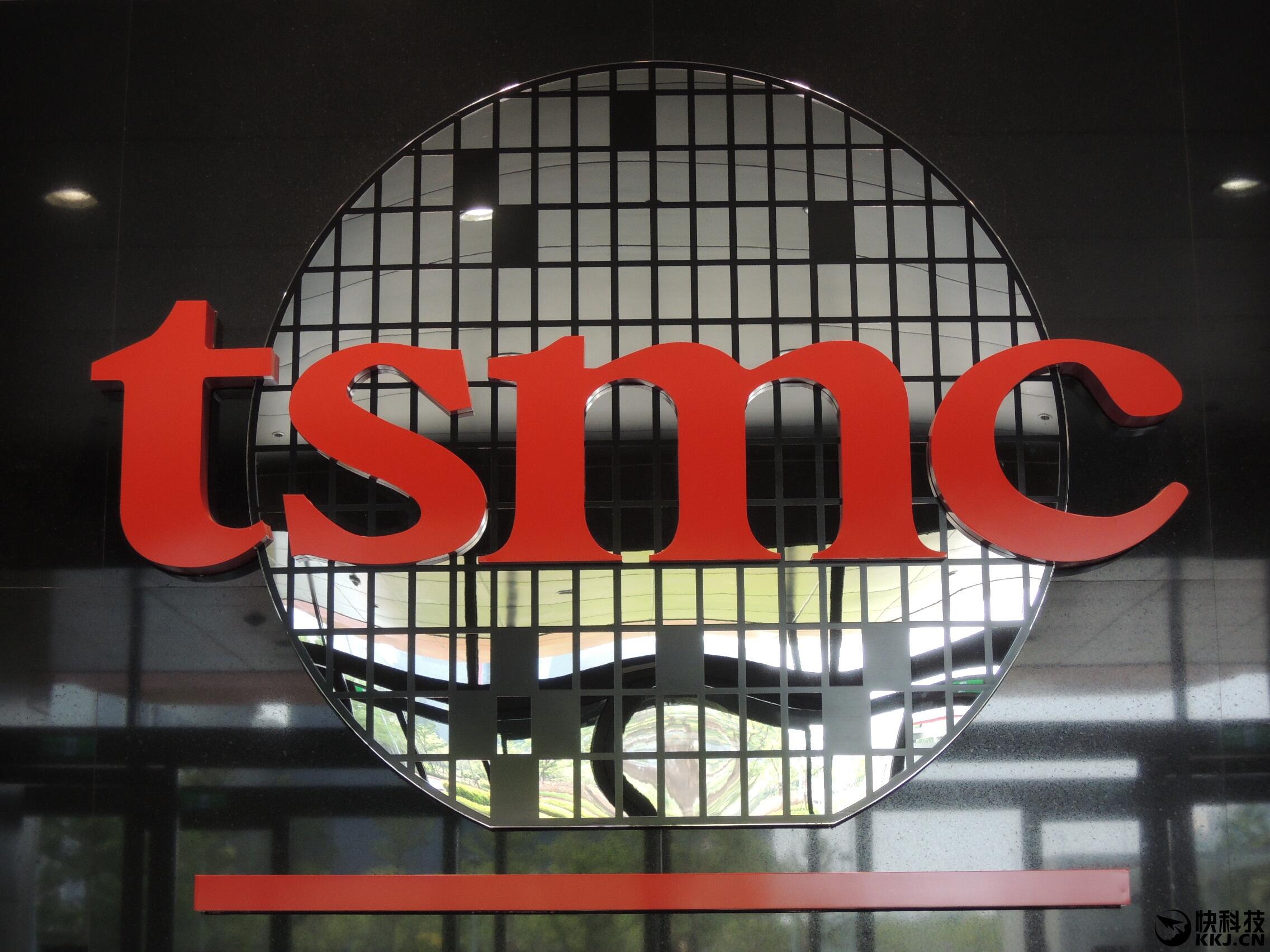 SAN JOSE, Calif. — TSMC taped out its first chip in a process making limited use of extreme ultraviolet lithography and will start risk production in April on a 5-nm node with full EUV. Separately, the foundry forged partnerships with four partners to support online services for back-end chip design.

The foundry’s update showed that area and power gains continue in its leading-edge nodes, but chip speeds are no longer advancing at their historic rate. To compensate, TSMC gave an update on a half-dozen packaging techniques that it is developing to speed connections between chips.

Backers say that cloud-based services will shorten the time and extend the reach of chip design tools, helping expand a semiconductor industry facing the slowdown of Moore’s Law. However, they note that cloud design is still in an early phase that typically requires setting up and optimizing custom sites.

In process technology, TSMC announced that it taped out a customer chip in an N7+ node that can use EUV on up to four layers. Its N5 that will use EUV on up to 14 layers will be ready for risk production in April. EUV aims to lower costs by reducing the number of masks required for leading-edge designs.

Rival Samsung is ramping a 7-nm node using EUV. Intel is not expected to use EUV anytime soon, according to analysts. Globalfoundries announced in August that it has halted work on 7 nm and EUV.

Chip designs for the N5 node can start today, although most EDA tools won’t hit a 0.9-version readiness until November. Many of TSMC’s foundation IP blocks are ready for N5, but some, including PCIe Gen 4 and USB 3.1, may not be ready until June.

The N7+ node sports a tighter metal pitch and includes a single-fin library that can help lower dynamic power. It will be available in a version for automotive designs by April. N7+ offers “nearly the same analog performance as N7,” said Cliff Hou, vice president of technology development at TSMC.

Transistor density at N7 is 16.8x greater than at the foundry’s 40-nm node, said TSMC. Unfortunately, costs are increasing, too. One source pegged total costs for an N5 design including labor and licensing at $200 to $250 million, up from $150 million for a 7-nm chip today, limiting pursuit of Moore’s Law to the well-heeled.

Separately, TSMC offers two flavors of a planar 22-nm process. It aims to compete with fully depleted silicon-on-insular processes from Globalfoundries and Samsung. GF announced late last month that it has more than 50 design wins for its 22-nm version of FD-SOI.

Engineers can start designs before the end of the year on TSMC’s 22ULP and ULL processes that generally use 28-nm design rules and support 0.8 to 0.9 V. Some IP will not be available for the 22-nm nodes until June, including PCIe Gen 4, DDR4, LPDDR4, HDMI 2.1, and USB 3.1 blocks.

The ULP version is focused on performance and offers up to 10% speed gains or 20% less power and a 10% shrink over its 28 HPC+. The ULL version, about a quarter behind in readiness, aims at lowest power for designs such as Bluetooth chips. By April, a version will be ready supporting voltages from 1.05 to 0.54 V with more optimization for analog circuits.

InFO-on-Substrate is a chip-first process using two-micron interconnects between SoCs and 40-nm SoC I/O pitches. It has been qualified on 65-mm2 chips now in production. The foundry aims to expand it to components at 1.5x reticle size.

InFO-Memory-on-Substrate will be qualified for production by the end of the year. It can link logic and typically HBM memory on a full reticle 830-mm2 device.

The 2.5D process that TSMC calls CoWoS will shrink from using a 180- to 150-micron C4 bump pitch now to 130-micron pitches by the end of the year. It will expand from 1.5x reticle to 2x reticle by April to support a class of designs such as large GPUs and some networking ASICs.

Yet another category, called System-on-Integrated-Chips (SoIC), will have EDA support and foundry qualification for starting designs before May. The approach puts one or two chips on top of another using through silicon vias connecting bumps with a pitch of less than 10 microns. “It’s another way to lift performance and memory bandwidth,” said Hou.

Separately, TSMC announced that it has worked with Amazon Web Services, Cadence, Microsoft Azure, and Synopsys to enable back-end chip design based in the cloud. The so-called Virtual Design Environment will initially use “storefronts” created by Cadence and Synopsys to support digital RTL-to-GDSII and custom schematic-capture-to-GDSII flows.

TSMC expects that other EDA vendors will eventually join the effort that also will come to include front-end design flows. To test out the capabilities, TSMC is designing its N5 SRAM using the service. In addition, Synopsys used it to tape out a PCIe Gen 5 PHY block in TSMC’s 7-nm node, and startup SiFive used it to design a 28-nm RISC-V core.

“We haven’t tested all the possible combinations, but given that our PDKs are certified, we’re confident in the service,” said Suk Lee, a senior director of design infrastructure marketing at TSMC, noting that executives agreed to create the service just six months ago. “We did our N5 SRAM development in the cloud, and that speaks to how comfortable we are.”

Initially, customers need to engage one of the partners to create a custom site for them based on user requirements and license agreements. Partners declined to comment on liability for any IP theft, likely an element of those business agreements.

“There is a setup time involved,” said Naveed Sherwani, chief executive of SiFive, which taped out a test device based on its 64-bit Freedom Unleashed 540 chip. “You have to set up chambers [hosted by online sites] and NDAs and business things … [eventually,] cloud business processes have to move more at the speed of the cloud … with [fewer] meetings.”

Sherwani and others foresee potential for a future portal that leads an engineer through a process of licensing and configuring a service for any design. “We are taking the first baby steps in this direction, but we have a ways to go,” he said.

For best response times, SiFive set up separate sites hosted by regional data centers for its teams in Silicon Valley and Bangalore. “We completed a whole front- and back-end design in less than three months, which is a record,” he said.

The SiFive project did not involve a commercial SoC with license chains, so Sherwani had no evaluation of the costs of online design. Those costs will depend, in part, on the kinds of CPU and storage configurations that engineers choose, itself a complex area where hosts such as AWS and Microsoft’s Azure service compete.

For example, Amazon provides what it calls an EC2 z1d instance with sustained 4-GHz frequency on an Intel Skylake-class Xeon. It is geared, in part, to let chip designers put more work on a single CPU, reducing the cost of per-CPU EDA licensing.

Despite the hurdles still ahead, “we are committed to put all of our low- and medium-end designs in the cloud,” starting with cores and moving to sensor and IoT and more complex SoC designs next year, said Sherwani.

“The very high-end won’t move to cloud anytime soon … very complex server-class designs have 300-person teams, and they don’t need that class of support,” given the complexity and low volume of such designs, he added.

Cadence positions the new TSMC offering as one part of its cloud portfolio. (Source: Cadence)

Online design is not new. NXP published a whitepaper in 2012 about its use of AWS for chip design. The new wrinkle is EDA, and foundry providers are now ramping up their own managed services on cloud platforms.

Cadence said that it has “experience hosting design environments for more than 100 customers,” as part of TSMC’s announcement. Synopsys said that it, too, has done such work for several years.

At last year’s Design Automation Conference, Cadence made a big push for providing its tools online. However, analysts said that they expect EDA to move slowly to the cloud.

“It’s underway now, being [optimized] for the back end, and the front end will go through the same process — this is a watershed moment for semiconductors,” said Vaid in an interview.

In a keynote, he made the case for online design given that IT departments can keep up with infrastructure investments from the likes of AWS and Azure.

For example, Microsoft spends a billion dollars a year on security, including everything from fences to appliances and programs for its network of more than a hundred data centers with a total of more than a million servers.

Just when other EDA vendors, such as Mentor Graphics, jump in is unclear. A spokesman for MathWorks said that its online offering is gaining popularity with academics and customers who are moving other jobs to the cloud.

“We believe that the vast majority of our product use is still on company-owned hardware; however, interest in using our products in the cloud for IoT, training deep-learning networks, and large-scale simulations has been rising quickly over the last 18 months,” said a company spokesman.

“Security used to be the reason that our customers would not move to the cloud, but now it is increasingly becoming a reason for their move,” he said.