The RF IC specialist already had a significant investment in the RF MEMS antenna startup.

RF specialist Qorvo has acquired Cavendish Kinetics, Inc. (CK), a provider of high-performance RF MEMS technology for antenna tuning applications, most notably 5G handsets. The move not only expands Qorvo’s market potential, it also serves to buffer the company from the perception that it is over-reliant on one particular customer: Apple.

CK is a privately-held company in which Qorvo already had a significant investment. Recall that Qorvo was formed when RFMD merged with TriQuint in 2015. Later that year, TriQuint (operating as a subsidiary of Qorvo) provided $25 million of a total $36 million in financing to CK (see Qorvo Takes Strategic Stake in MEMS Vendor Cavendish). Qualcomm and a handful of venture capital companies were also investors in CK. Neither Qorvo nor CK disclosed the value of the deal.

Samsung began using CK’s MEMS antennas to achieve improved antenna performance (see Samsung Beats Apple to Punch with MEMS Antenna Tuning Array and Cavendish MEMS Displace SOI) as far back as 2015. That was expected to open the floodgates for others, and indeed, in 2017, CK announced its SmarTune MEMS antennas were being used in over 40 models of LTE phone made by 10 different manufacturers, including Samsung (in the Galaxy 8). 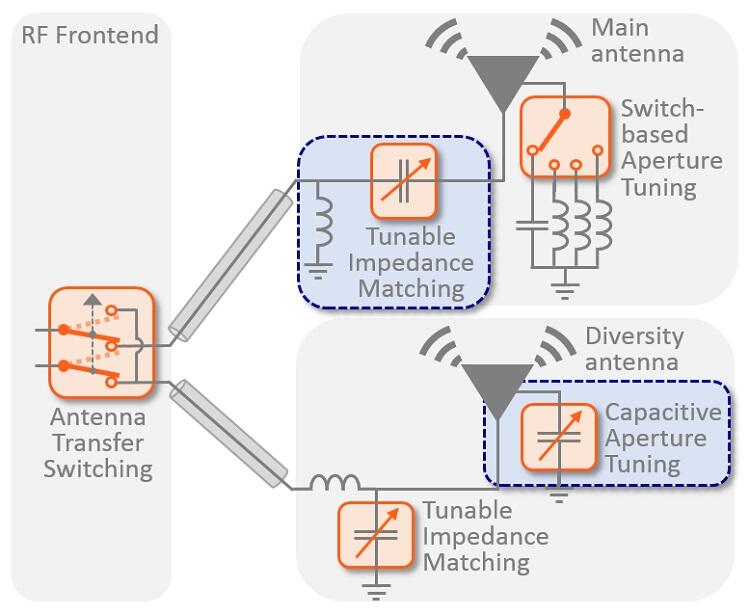 Eric Creviston, president of Qorvo Mobile Products said in a statement, "Several of the world's leading smartphone suppliers have validated significant improvements in antenna performance through lower losses and higher linearity delivered by CK's RF MEMS technology. Qorvo will build on the great work CK has done by optimizing and scaling the technology and applying it to other applications like infrastructure and defense."

While RF MEMS antennas can certainly improve the performance of 4G phones, the antennas in 5G handsets truly need every advantage technology can provide. While there are typically two antennas in a 4G phone, there are four or more in 5G phones. There’s less room for antennas in 5G phones, however, which means 5G antennas have to be smaller, which is an added challenge when trying to improve antenna performance. CK explains that 5G handsets operating at 6 GHz and below are challenging enough, but handsets operating at millimeter-wave (mmWave) frequencies are even more difficult to make work. Millimeter-wave signals have weaker propagation characteristics and can even be blocked by cellphone users’ own hands. CK explains RF MEMS antennas are critical to 5G handset performance.

Meanwhile, Qorvo is one of the companies that has been taking collateral damage from President Donald Trump’s trade war against China. The stock market has dinged Qorvo (along with fellow chip vendors Qualcomm, Broadcom, AMD, Maxim Integrated, among others) for too much exposure to OEMs that build phones in China. That includes Apple, which uses Qorvo’s RF components in its iPhones. For Qorvo, buying Cavendish Kinetics outright stands a chance of smoothing out some of those issues.

Qorvo said the CK team will continue to advance RF MEMS technology for applications across Qorvo's product lines and transition the technology into high-volume manufacturing for mobile devices and other markets. The company said it will provide additional details about the Cavendish Kinetics transaction during its fiscal 2020 second quarter earnings conference call; the company’s Q2 2020 ended in September.