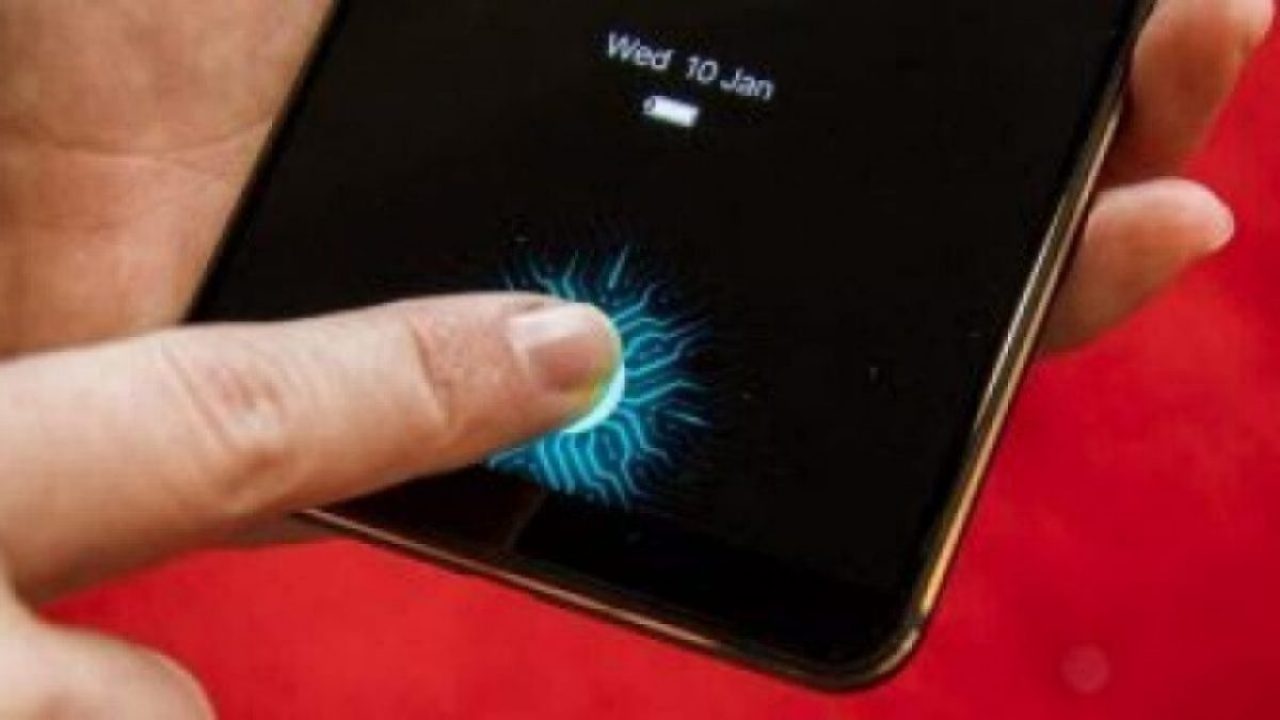 The latest report by TrendForce anticipates the costs of FOD (Fingerprint on Display) technology to slide as big brands extend FOD tech down from flagship devices to mid-high tier smartphones.

The latest report by TrendForce anticipates the costs of FOD (Fingerprint on Display) technology to slide as big brands such as Vivo, Xiaomi, Huawei, OPPO and Samsung extend FOD tech down from flagship devices to mid-high tier smartphones. FOD solutions are to become the mainstream technology for smartphone fingerprint recognition in 2022 as penetration rates for optical and ultrasonic FOD solutions are predicted to surpass that of traditional capacitive solutions.

When iPhone pivoted to Face ID with the iPhone X and abandoned fingerprint recognition in the smartphone market, the Android camp remained stalwart. TrendForce Analyst Kurt Chen explains that, although smartphone brands did not “ditch fingerprint recognition and adopt Face ID” wholesale as others had previously feared, some brands did limit themselves to the algorithmic “Face Unlock” and abandoned costly fingerprint sensing modules on budget-sensitive starter devices. Although the release of Face ID caused others to worry for the future development of various fingerprint recognition-related industries, the optical FOD solution released by Synaptics and Goodix in 2018 could both accommodate a full screen design and confer a competitive cost advantage. Many smartphone brands are scrambling to introduce this technology as a result.

In practice, mobile payments still rely on traditional PINs and patterns to ensure information safety, yet these types of smartphone products cause market share erosion for capacitive finger scanner phones.

The fact that Samsung deployed flagship devices implemented with Qualcomm's ultrasonic FOD solutions in early 2019, could mean the number of smartphones implemented with FOD technology in 2019 may hit 200 million devices. This would result in optical and ultrasonic solutions taking up FOD market shares of 82% and 18%, respectively. Looking at the overall smartphone fingerprint market development, if Apple has no plans of reintroducing fingerprint technology, then the fingerprint technology penetration rate will have to wait until 2021 for a chance to rise above 70%. 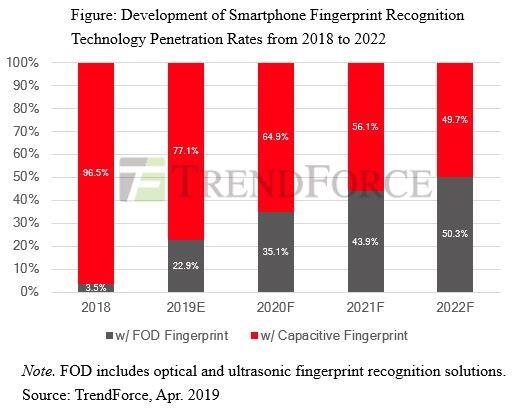 At the same time, relevant businesses are currently making an effort to develop FOD technologies suitable for LCD screen smartphones and possessing large-area sensing capabilities. Since this technology requires sensors to be built on TFT substrates, differing from current sensors, which are built on Silicon substrates, TrendForce argues that this type of technology will affect current major suppliers such as Goodix, Egis and FPC to a certain degree. In contrast, display driver IC businesses already possessing panel-related technologies and deep-seated in the supply chain will have a chance to enter the fingerprint recognition market.