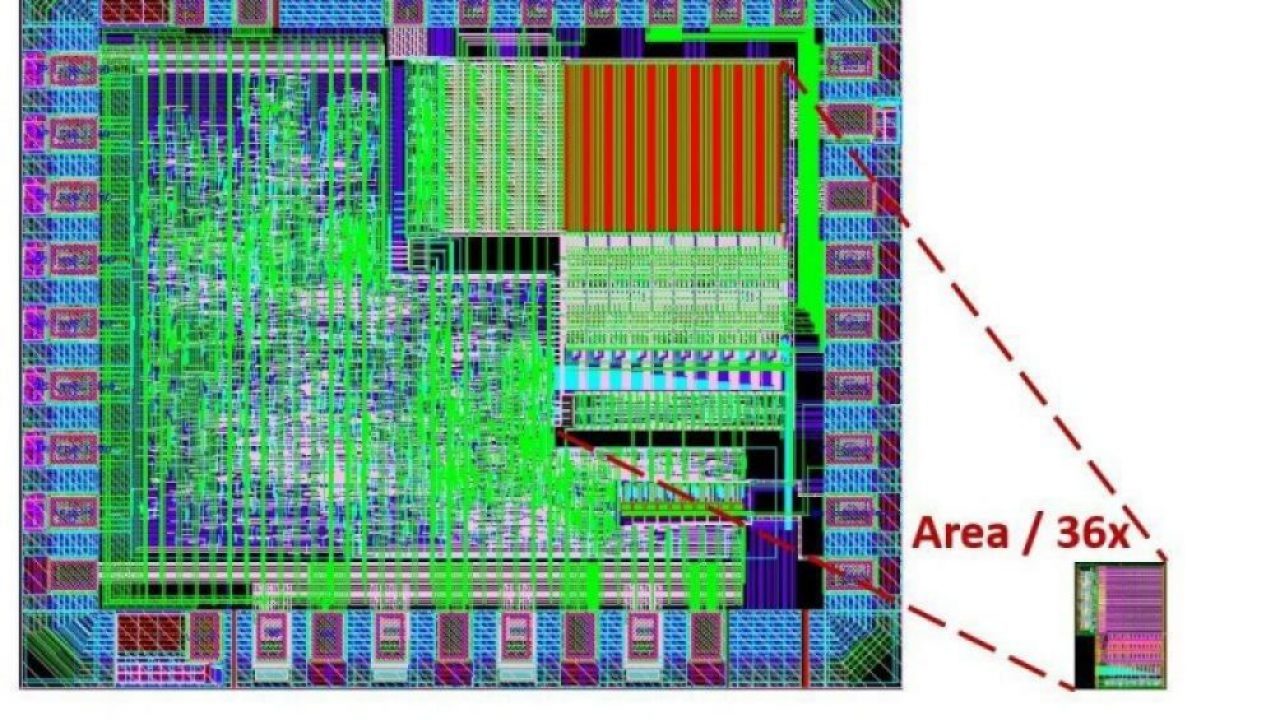 This article presents highlights of each of these three papers.

“The entire network is integrated on-chip,” said Alexandre Valentian, lead author of the paper, Fully Integrated Spiking Neural Network with Analog Neurons and RRAM Synapses. “No part is emulated or replaced by an external circuit, as in some other projects. It even was used in a live demo where users could draw digits with their finger on a tablet and it is classified after conversion into a spike train.”

The research work presented at IEDM 2019 measured a 5x reduction in energy use compared to an equivalent chip using formal coding. The neural network implementation is made such that Resistive-RAM (RRAM) based synapses are placed close to neurons, which enables direct synaptic current integration. Spiking neural networks (SNNs), also known as third-generation neural networks, are composed of bio-inspired neurons, which communicate by emitting spikes, discrete events that take place at a point in time, rather than continuous values. These networks promise to further reduce the required computational power because they use less complex computing operations, e.g. additions instead of multiplications. They also inherently exploit sparsity of input events, since they are intrinsically event-based.

Leti explained that to date, demonstrations of RRAM-based SNNs have been limited to system-level simulations calibrated on experimental data. In the paper, the research institute presented for the first time a complete integration of a SNN combining analog neurons and RRAM synapses. A test chip, fabricated in 130nm CMOS, showed well-controlled integration of synaptic currents and no RRAM read-disturb issue during inference tasks (at least 750M spikes).

“Data-centric workloads exhibited by deep neural network (DNN) applications call for circuit architectures where data movement is reduced to a minimum,” the paper says. “This has motivated architectures in which memories are spatially located near the computing elements. These memories must be very dense, preferably non-volatile and inserted into the computational dataflow, therefore RRAMs are excellent candidates to this purpose.”

In another paper, Gate Reflectometry for Probing Charge and Spin States in Linear Si MOS Split-Gate Arrays, Leti and its research partners from France, Denmark and the UK demonstrated a potentially scalable readout technique that could be fast enough for high-fidelity measurements in large arrays of quantum dots. As a result, its they said this bears significance for fast, high-fidelity, single-shot readout of large arrays of foundry-compatible Si MOS spin qubits.

The team reported on its toolkit developed on a SOI MOSFET-based prototyping platform that enables fast reading of the states of charge and spin. The study explored two gate-based reflectometry readout systems for probing charge and spin states in linear arrangements of MOS split-gate-defined arrays of quantum dots. The first system gives the exact number of charges entering the array and can help to initialize it. It can also read spin states, albeit in relatively small arrays. The second one gives the spin state in any quantum dot regardless of the array length but is not useful for tracking charge number. Both readout schemes can be used complementarily in large arrays.

“The short-term efforts for our team going forward will be a joint optimization to increase speed and reliability of the readouts,” said CEA-Leti’s Louis Hutin, lead author on the paper. “The longer-term goal is to transfer this know-how on a larger scale and to less conventional architectures, featuring an optimized topology for error correction.”

Reflectometry is a technique that leverages signal reflections along a conducting line when an incident RF wave meets an impedance discontinuity. In CEA-Leti’s study, the probing line was connected to the MOS gate of a Si quantum dot. The system was prepared so that the load impedance depends on the spin state of the qubit, which enabled the team to monitor single spin events non-destructively and almost as they occurred.

At IEDM, the team explained how thin-film batteries provide some of the highest energy densities of electrochemical energy storage devices, but the inability to increase the electrodes’ thicknesses and control the geometry on the micrometer scale has thus far hindered their effective areal energy density and integration in miniaturized devices.

In its paper, Millimeter Scale Thin-Film Batteries for Integrated High-Energy-Density Storage, the institute demonstrated an areal energy density of 890 μAh.cm-2, the highest reported so far for such devices. It also said the new TFB architecture exhibits high power density, reaching capacity as high as 450 μAh.cm-2 under 3mA.cm-2 current density.

The continued miniaturization of electronics highlights the need for highly integrated electrochemical energy storage, while storage at the point of load reduces dissipation from power loss and I/O switching noise that limits the effectiveness of sensitive devices in unique form factors. Recent progress in the microfabrication of integrated electrochemical capacitors offers high-power density and high-frequency response, but the low energy densities of these devices can inhibit the use of microelectromechanical systems (MEMS) and autonomous device applications that require long periods between charging.

The team’s solution to these challenges is a high-energy-density, millimeter-scale, thin-film battery integrating a 20μm-thick LiCoO2 cathode in a Li-free anode configuration.

“Implantable sensors or biological-function monitoring systems such as intraocular pressure sensors and blood-glucose measurement would be particularly suited for our TFBs,” said Sami Oukassi, lead author of the paper. “External systems, i.e. cochlear implants and smart contact lenses would also benefit from the advantages of this breakthrough.”

Additional highlights of the study include:

“Battery manufacturers have been struggling to produce a power source that not only functions at the micro-scale but has high power density and energy,” Oukassi said. “CEA-Leti TFBs offer this opportunity with the highest performance reported so far, compared with current TFBs and micro-supercapacitor solutions.”