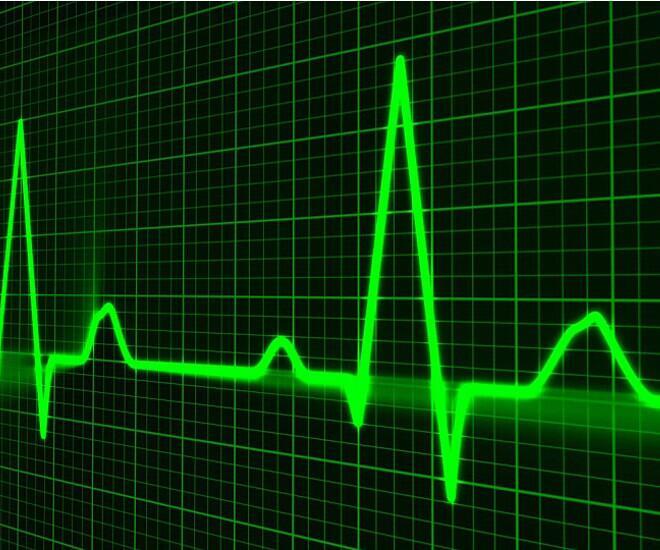 However, year-over-year global revenue growth from semiconductors used in medical imaging is flat, due to optical component price erosion.

Demand for medical imaging semiconductors will continue to increase, thanks to the medical imaging industry's growing requirements for power saving, higher resolution and the need to support integrated security and communications.

The market grew at a five-year compound annual growth rate of 8.2%, from 46 million in 2015 to 73 million in 2020. However, year-over-year global revenue growth from semiconductors used in medical imaging was flat, due to optical component price erosion, reaching $1.1 billion in 2015.

One of the most important trends in the semiconductor industry today is the development of chip solutions that integrates several components into a single chip package to minimise size, save energy and lower production cost without sacrificing functionality. As the size of semiconductors continues to decline, imaging systems that used to cost more than a million dollars and which traditionally required a lot of space to install—have evolved into smaller, less-expensive systems that can be used in small clinics or doctors' offices. 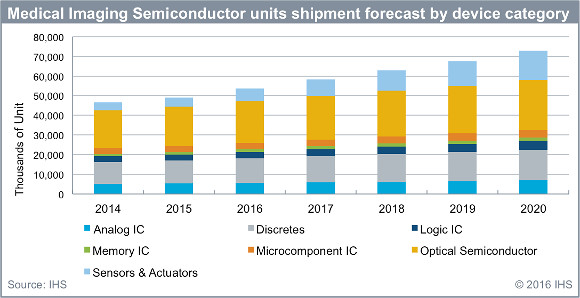 The ultrasound market is forecast to grow 4.7% over the next five years. Portable ultrasound in China is not growing as fast as previously expected, due to less capital investments and strategy shifts toward higher-end systems from major suppliers. With ultrasound typically costing less than computed tomography (CT) and magnetic resonance imaging (MRI), healthcare reform is likely to favour the more widespread adoption of ultrasound, which bodes well for patients and doctors opting for systems that minimize radiation exposure.

Meanwhile, the X-ray market is expected to grow 5.3%, led by mobile X-ray replacing existing analogue mobile systems with more efficient and higher-priced digital X-ray systems—especially in the APAC region. The MRI market is also expected to grow 6.4%, due to higher demand for open MRI in emerging markets, which is more cost effective than closed systems. Open MRI has not gained traction in the United States and other mature markets, because of its lower field strength and weaker image quality compared to closed MRI.

The CT market is expected to grow 4.2%, led by 64-slice systems which are more cost effective than the 128-slice systems, but still provide sufficient image quality for diagnostic purposes. As the 128-slice system market matures and the devices become more affordable, it will gradually gain momentum. The demand for less-than-16-slice systems and 17- to 63-slice systems will continue to decline, because emerging regions are price-sensitive and quality is not a primary consideration.