Home » Is ADAS to AV a Natural Progression?

Is ADAS to AV a Natural Progression? 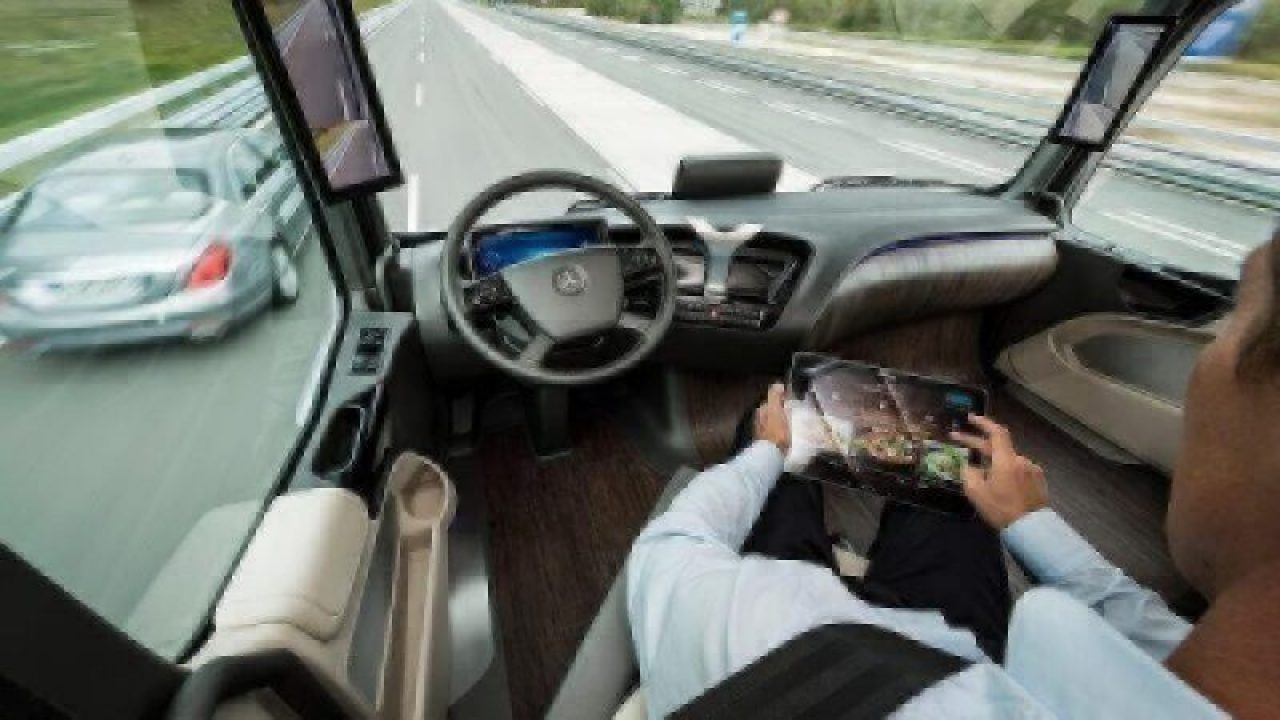 Daimler is backing off its robotaxi work, exposing a harsh realization: driver-assist technology does not lead directly to autonomous driving.

PARIS — Daimler’s chief executive Ola Källenius earlier this month revealed plans to scale back the automaker’s investment in robotaxis. Although the comment did not come as a big shock to the automotive industry, Daimler’s decision exposed a hard and important reality: the development track for assisted driving is different from the development track for autonomous driving, and car OEMs are going to have to pick a lane.

Vehicle manufacturers are under tremendous pressure to develop advanced driver-assistant systems (ADAS) and to create autonomous vehicles (AVs). The assumption that the former would lead to the latter persisted even as evidence accumulated that though ADAS and AV have parallels, the two are not directly related.

“ADAS and Autonomous have been, of necessity, on very different development paths, typically with different teams,” noted Ian Riches, executive director for the Global Automotive Practice at Strategy Analytics.

And it is becoming apparent that most carmakers cannot afford to keep these parallel projects alive at the same time.

The sorts of sensor suites, processing power and vehicle architectures required for autonomy are still way too expensive for mass-market ADAS features, Riches explained. “There is no easy way to scale-down an L4 architected-system to meet the cost points needed for standard-equipment, NCAP (New Car Assessment Program)-required features at present.”

“The reverse is also true,” stressed Riches. “The typically stand-alone, discrete architectures, modest processing power and limited sensor suites required by ADAS do not easily scale up to an L4 solution.”

Does ths mean that no auto companies should plan to upgrade their ADAS cars of today to be L3, L4 and L5 AVs in the future?

“I’m not sure anyone has truly been thinking that ADAS can evolve into autonomous. There have typically been completely separate development teams,” Riches reiterated — so far.

In the chart above, Daimler talks about a “step-by-step” gradual transition from ADAS to AV, even though there isn’t such a singular path for product development.

In the current ADAS/AV development environment, leading automotive chip suppliers, whether Intel/Mobileye or NXP Semiconductors, have been pitching a variety of chips designed to proliferate ADAS features. Additionally, many of these semiconductor companies are promoting separate silicon solutions with beefed up processing power to target AVs.

For example, Xilinx, which recently announced automotive-qualified 16-nm family devices, offers Zynq 7 (for L2 and L2+) and Zynq 11 (a single-chip domain controller designed for L2+ and above). The FPGA company is positioning both programmable chips to address everything from ADAS to in-cabin monitoring and automated driving, all of which are evolving rapidly.

Incremental advances?
The question, then, becomes: Will ADAS development ever intersect with AV innovation? If it ever does, where and when?

Phil Magney, for example, told EE Times that he doesn’t believe that ADAS and robotaxis are mutually exclusive. “Incremental automation is what Tesla is doing. You build up the fundamentals and collect as much data as you can.  Eventually you will have gained enough knowhow to apply it to robo-taxis,” he said.

Riches is hopeful that “the cross-over point where a combined development team and approach may make sense is perhaps coming into sight.”

In Riches’ opinion, “the growing interest in so-called ‘L2+’ features could be the point that these two worlds start come together.” He added, “This could emerge as an L4-style architected vehicle, with centralized control — but without the redundancy across sensors, processing and actuation to make it fully robust for L4 operation.”

But this still remains just a theory.

Riches said, “The optimist in me sees ‘L2+’as a way of bringing the maximum safety benefits to the widest audience as soon as possible.  The cynic in me sees it as a way of potentially finding some sort or ROI on ‘failed’ L4 development programs.”

Two different design principles
Meanwhile, there are ongoing ADAS vs. AV debates in the industry. Safety experts and people with real-world experience running autonomous vehicles in cities claim that the two — designing a vehicle with a human driver in it and a car driven by no human driver — are worlds apart in their fundamental design principles.

Carlos Holguin, Urban Mobility expert and a co-founder of AutoKAB, told EE Times, “As the famous saying goes, ‘the electric light did not come from the continuous improvement of candles.’ Better ADAS would not make a fully autonomous vehicle.”

In contrast, all chip suppliers have a vested interest in portraying their solutions as universally applicable from Level 2 ADAS to Level 4 highly automated vehicles. This is especially true if chip suppliers design more generic, highly programmable solutions such as GPU, FPGA and graph streaming processors (GSP). Nvidia, Xilinx and even some startups, notably Blaize, fall into that category.

As Willard Tu, senior director, Xilinx’ Automotive Business Unit, explained to us, when ADAS and AV developers keep adding sensors such as 4D radars and lidars, the race among automotive chip suppliers boils down to one issue: “How do you stay ahead of the innovation game?”

Blaize co-founder and CEO Dinakar Munagala also explained, “Our clients keep coming back to tell us, ‘I wish your chip could do XYZ.” Munagala believes that’s where his GSP could shine. He said that the GSP will be applied to intelligent telematics, ADAS, driver monitoring and occupant assessment. A single GSP architecture for many automotive applications is getting Blaize’s foot in the door at OEMs and Tier Ones.

As “intelligent” features keep rapidly evolving, the automotive industry wants a platform that extends from ADAS to AV.  Xilinx’ Tu noted that although the industry has not converged on a common approach for an ADAS-to-AV transition, automakers are looking for thermally efficient programmable solutions that can accommodate the continuous innovation demanded by Euro NCAP, fast changing AI algorithms and flexibility in data pipeline to reduce AI latency.

Confusion among automakers
The L2+ pitch by technology suppliers rose in volume in early 2019. Rather than promoting L4 as an end game, both automakers and chip suppliers have become increasingly vocal on the need for L2+.

But here’s a news flash. Riches said, “What I think is undoubtedly true is that the consumer has yet to be truly consulted and has very little conception of how ‘L2+’ could be of benefit.” He cautioned, “Automakers need to ensure that they are not implementing technology for technology’s sake but are indeed offering true user benefits at an affordable price.”

In other words, regardless whether a vehicle is L2+ or L4, it is quite possible that car OEMs (including Daimler) actually have little idea what consumers want.

Simply put, car OEMs can’t possibly dismiss L4/L5 right off the bat. They have been developing AVs out of the fear they could be replaced by tech companies such as Waymo or Uber. Worse, despite little evidence of a market need, OEMs have latched onto the idea of L2+ to justify their investment in L4/L5 development.

Meanwhile, Magney observed, “I believe Daimler/Mercedes was never as committed to L4/L5 AVs as other OEMs. Daimler would produce ‘concept AVs’ for major shows that were never capable of self-driving other than some remote-control maneuvers, but they always lagged in developing self-driving solutions.”

Magney added, “I feel as though the Germans are not willing to throw in the towel on human driving, something they take national pride in!”

Riches noted, “The global downturn in the automotive market is causing financial realities to hit home.  Electrification / C02 reduction *has* to be carried out: there are strict targets to be met.” In contrast, “There is still no guaranteed ROI for a robotaxi.  Uber has yet to make the business model work with a driver, and simply removing the driver doesn’t magically fix everything.  The capital investment required for a significant robotaxi fleet will also be huge.  It’s no surprise to me that some ambitions are being scaled back,” he explained.

Magney concurred. “I don’t really know what to make of this other than appease the shareholders and the conservative board members.”

Note, however, that Daimler and Bosch have picked San Jose, Calif., as the pilot city for trials of a highly and fully automated driving (SAE Level 4/5) on-demand ride-hailing service, using automated Mercedes-Benz S-Class vehicles. The service was scheduled to begin in the second half of 2019.

Magney pointed out, “It is kind of odd as the Daimler CEO’s words are a contradiction to their ‘self-driving’ pilot program in San Jose with their partner Bosch.”

He added, “Daimler also entered a partnership with BMW to develop self-driving technology. Only five months ago Daimler and BMW signed an agreement for a long-term strategic cooperation, which will focus on joint development of technologies for driver assistance systems and automated driving…”

However, Magney noted, “Honestly, I am not really surprised by this news. And I would not be surprised to see other OEMs doing something similar. The bean counters are not fond of spending billions on something where the economics are not clear.”

Daimler and ADAS
Magney called Mercedes “a pioneer in ADAS” and predicted it will continue to enhance its ADAS incrementally. He noted, “Eight months ago Mercedes said they would offer low-speed Level 3 ‘Traffic Jam Assist’ in 2020.”

And let’s not knock the ADAS approach. “It’s not necessarily a bad thing,” Magney said. “Sales of series production cars over the next twenty years are not going to look much different than they are now.  L2/L3 is the new ADAS in my opinion.”

Lastly, Magney pointed out. “Who says you need to own the AV stack?”

There are numerous full stack providers from which to source, he observed. “At the end of the day Mercedes-Benz will focus on building better cars as they have done for 100 years. Fifty years from now when human driven cars are replaced by robo-taxis, Mercedes-Benz remains a premium coachbuilder and there is nothing wrong with that.”