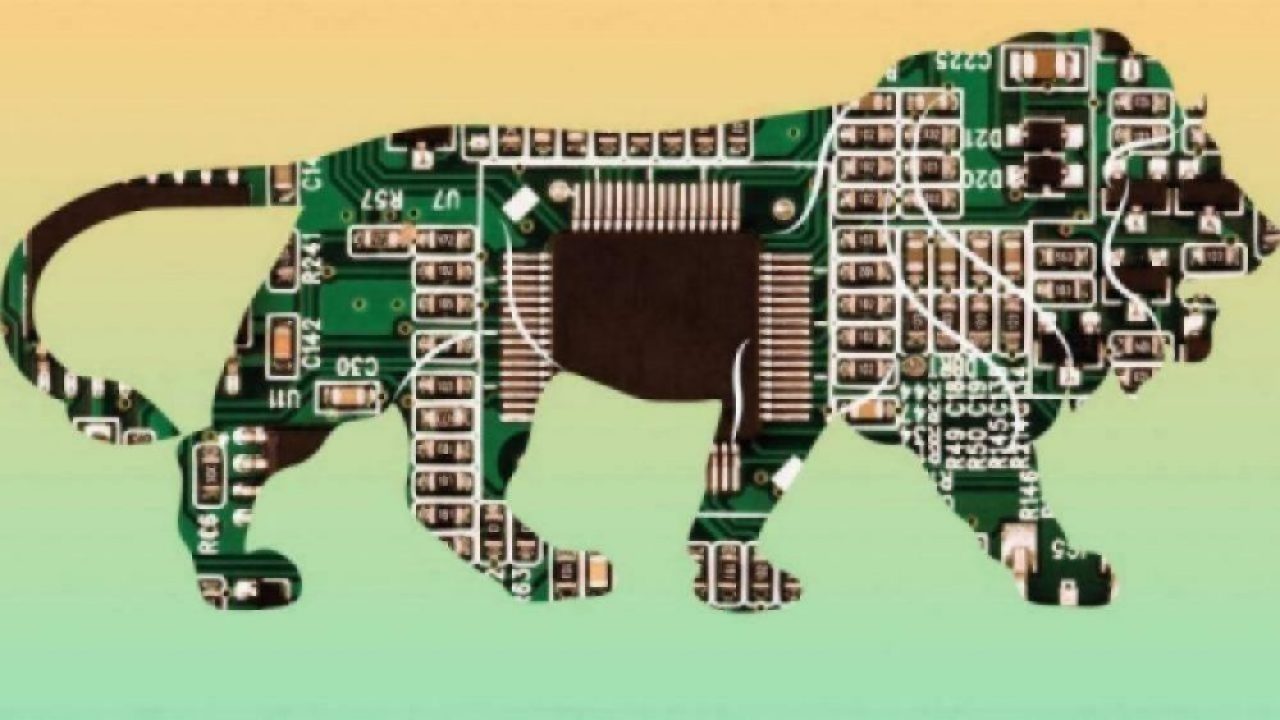 Do India's 'children' of Texas Instruments have a golden opportunity to expand the country's chip design hub?

This week, Indian analog and mixed-signal design services firm Sankalp Semiconductor was acquired in an all-cash deal by HCL Technologies, one of the country’s leading IT outsourcing firms, for just over US$25 million. The acquisition is part of the latter’s strategic plans to expand into newer market domains and offer a wider range of services to its customers in the analog and mixed signal space.

Sankalp Semiconductor CEO Samir Patel said, “The strategic acquisition will enable synergies between engineering teams allowing us to offer a broader semiconductor know-how to a wider variety of customers. The joined forces will enable deeper engagements with customers in the end-to-end digital and mixed signal design space.”

The deal points to a continued emergence of chip design firms in India moving beyond simply providing offshore design centers for the likes of Texas Instruments and Intel from the mid-1980s onwards, and later on for EDA firms like Cadence and Synopsys. For many global firms, India was a natural center for software engineering talent, and to apply huge numbers of people to turn the handle on large development projects.

But the alumni from these design centers started branching out on their own, and now seem to be part of a small but growing network of serial chip firm entrepreneurs spreading their tentacles. For example, you’ll find ex-Texas Instruments engineers and managers in many of the current generation of chip startups in India, some having been in multiple ventures already.

Sankalp was for example founded by Vivek Pawar, who was at TI for over 15 years before starting the mixed signal design firm. Samir Patel, who started Rambus India and ran it for 15 years, became CEO of Sankalp in 2013, after establishing the latter’s North America office.

One of the earlier star Indian chip performers was Cosmic Circuits, co-founded by four ex-Texas Instruments engineering managers in 2005. This was a Bangalore-based analog mixed signal intellectual property (IP) cores firm which was acquired by Cadence Design Services in May 2013. Lip-Bu Tan, the EDA firm’s chief executive officer, had seen the promise of India in 2011 when he invested in Cosmic Circuits. At the time he had said he was very excited about Cosmic and saw the potential for India to produce world class chip companies.

Interestingly, two of the co-founders of Cosmic then also joined the Sankalp management team in the last two years, presumably to add their experience in preparing a company for acquisition. In fact, it’s quite possible that CEO Samir Patel was alluding to this when he said early in 2018 at an event in Santa Clara, California, that he saw the potential in the sector for more acquisitions or even an IPO on India’s stock market, noting the success of optical networks systems developer Tejas Networks in 2017.

One of Cosmic’s co-founders, Ganapathy Subramaniam, continued to work with Lip-Bu Tan’s venture capital firm WRVI Capital as a partner, with a particular focus on India. One of the investments he leads is Aura Semiconductor, a fabless semiconductor firm providing ICs for IoT radios, timing and portable audio, founded by ex-Silicon Labs engineers Srinath Sridharan and Kishore Ganti. Adding to his portfolio, Subramaniam is also chairman of Cirel Systems, another Bangalore-based fabless firm developing mixed-signal ASICs and standard products for power management and front-end ICs for MEMS sensors.

Another TI alumni-founded firm is Signalchip, which earlier this year claimed to have designed India’s first chips for 4G/LTE and 5G NR modems, launched after eight years of development. The firm released four chips, a single chip 4G/LTE modem, including the baseband and transceiver sections in a single device; a single chip 4X4 LTE baseband modem; a 2X2 transceiver for LTE; and a 2X2 transceiver for 5G NR standards. The RF sections cover all LTE/5G-NR bands up to 6GHz. The chips also support positioning using India’s own satellite navigation system, NavIC.

It’s not just TI alumni starting on their own

The TI and Cosmic Circuits group represent just one branch in the expanding Indian chip design family tree. Saankhya Labs, a developer of software defined radio chipsets, was co-founded in 2006 by engineers with backgrounds at Philips Software, Genesis Microchip (which was acquired by STMicroelectronics) and Synopsys. Saankhya Labs recently announced it is developing a 5G next-generation broadcast offload platform for ONE Media 3.0, a subsidiary of Sinclair Broadcast Group. The Indian wireless chip firm is developing an end-to-end network platform including radio nodes and mobile end user devices; the platform will enable 4G and 5G wireless operators to offload over-the-top (OTT) and live content dynamically onto 'one-to-many' broadcast digital terrestrial transmission (DTT) networks.

Last year, Ahmedabad, Gujarat based IoT design services firm eInfochips, was acquired by Arrow Electronics in January 2018, for a reported $280 million. Founder and CEO Pratul Shroff started his career as a logic designer in the microprocessor group at Intel, followed by some time at Daisy Systems.

Tessolve Semiconductor, which provides chip and embedded systems design as well as test and product engineering, was co-founded by three engineering managers with experience at Texas Instruments, National Semiconductor, Motorola and Cirrus Logic. Acquired by Hero Electronix in 2016, it has over 1,500 engineers and claims it serves eight of the top 10 semiconductor companies globally. Hero Electronix is the technology ventures arm of the motorcycles and mobility solutions Hero Group.

The birth of a silicon ecosystem? 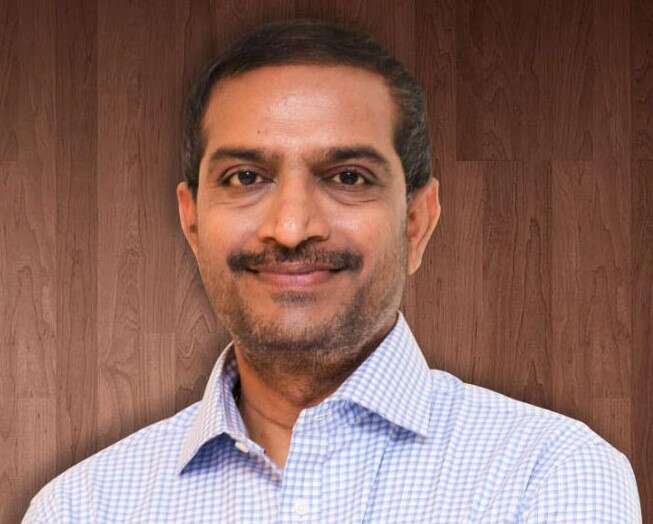 What does all this mean? Does the expansion of the Texas Instruments ‘children’ in India – the fabless and chip design startups that emerged from ex-TI engineers and managers – have any parallel whatsoever to the emergence of the Fairchild ‘children’ in California which gave rise to Silicon Valley’s silicon ecosystem which has come to dominate the global technology world?

Sateesh Andra, managing director of Indian early-stage venture capital firm Endiya Partners thinks the trade war between the US and China is an opportunity for India to boost its credentials as a chip design hub. Endiya last year invested $1 million in Bangalore-based startup Steradian Semiconductor, founded by a team of ex-TI and Qualcomm staff, who have over 50 patents between them ranging from GPS to LTE-Advanced; the firm claims to have developed the world’s most compact 28nm mmWave imaging radar chip to enable 4D imaging.

While there are various government incentives and initiatives as part of the national electronics policy and also ‘Make in India’, Andra, writing in an Indian magazine, thinks that it is an opportunity that’s more real than ever, but the lack of equity could be a hindrance.

From my own observations as I have followed the Indian electronics industry since 1993, is that while ambition is clearly present, there still needs to be a shift in cultural attitudes towards investing appropriate sums of money into the chip ecosystem. Money is abundant for the latest digital app startup that serves consumers in India, but electronics design startups are still a poor second cousin, despite the successes of some of the TI children.