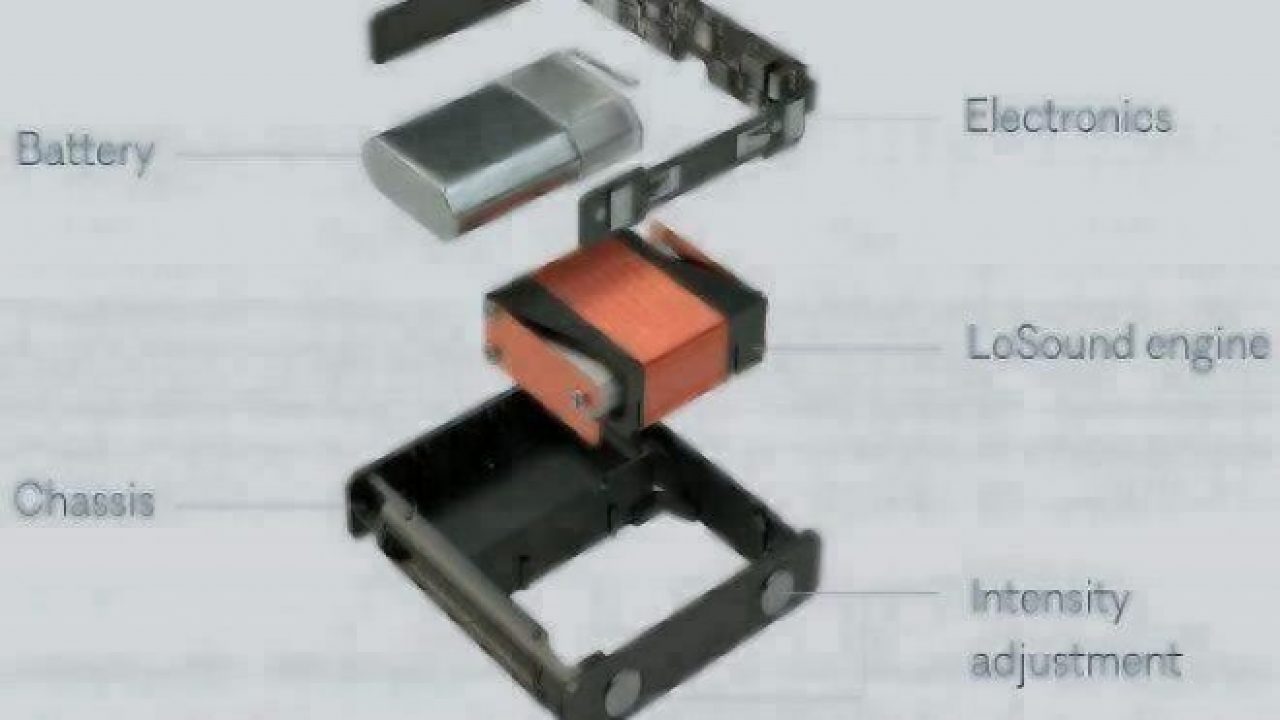 The LoSound engine has been designed to offer a very good bass frequency response with high acceleration and a large dynamic range to handle peaks.

How did the idea of "haptics for music" came up?

"[Daniel] Büttner is a long time musician. As a double bass player he was always interested in this gap between live music where you feel the vibrations in your body, and listening to music with headphones," Lofelt's co-founder and CTO Gwydion ap Dafydd told EETimes Europe.

"Typically, you forget you miss this element until you reintroduce it. You wouldn't get that feeling with headphones," he added. "Basslet bridges this gap in a mobile way, it gets some of this feeling back into the mobile experience."

"Our office is littered with samples of haptics. We've tried eccentric motors, linear actuators, flat piezo-actuators to name a few. The flat piezo actuators are good at high frequencies, but they tingle, with no punch to feel the bass line," noted the CTO.

According to the start-up, other actuators were inefficient and produced much heat when playing bass for an extended period of time. Eccentric motors don’t provide independent amplitude and frequency control.

"Even an array of ERMs (which would be huge and inefficient) wouldn’t deliver the accuracy of what we were aiming for. Our actuator addresses multiple frequencies, covering the whole bass spectrum and you can really feel the difference between deep bass and mid-bass. What's more, our motor is completely silent, there is no humming or buzzing sound as it would be the case with an eccentric motor."

The Basslet is a standalone product, although it comes with a small sender that plugs into the audio jack of any headphones (to transmit the synchronisation data).

How about further integration and other use cases? We asked. Surely headset manufacturers would want to offer this incredible immersive sound experience to their customers. 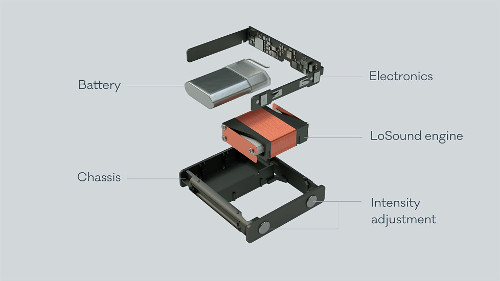 "This is something we are considering," admitted Dafydd. “You could have the sender part of our solution directly integrated into headphones rather than being an extra plug-in. Although the LoSound engine was specifically designed for the music use case, we are actively looking at other haptic use cases.

Our patents are independent of scale, so we could reduce the moving mass and shrink our device to integrate it into haptic interfaces. Say you interact with your fingertips, they are super sensitive, they pick up much more information. We could build the LoSound engine into wearable devices to play any haptic signature through them without any sound," explained the CTO.

One practical example put forward by Dafydd is the game controller market.

"This is potentially a much bigger market," said Dafydd, "and compared to eccentric motors or linear actuators found in today's game controllers, the LoSound engine makes a huge difference. It is similar to comparing Retina displays with non-Retina displays. Once you've experienced the high resolution, any other display looks blurred. Even today, after two years of development, the market is still missing this kind of haptic technology," concluded Dafydd.