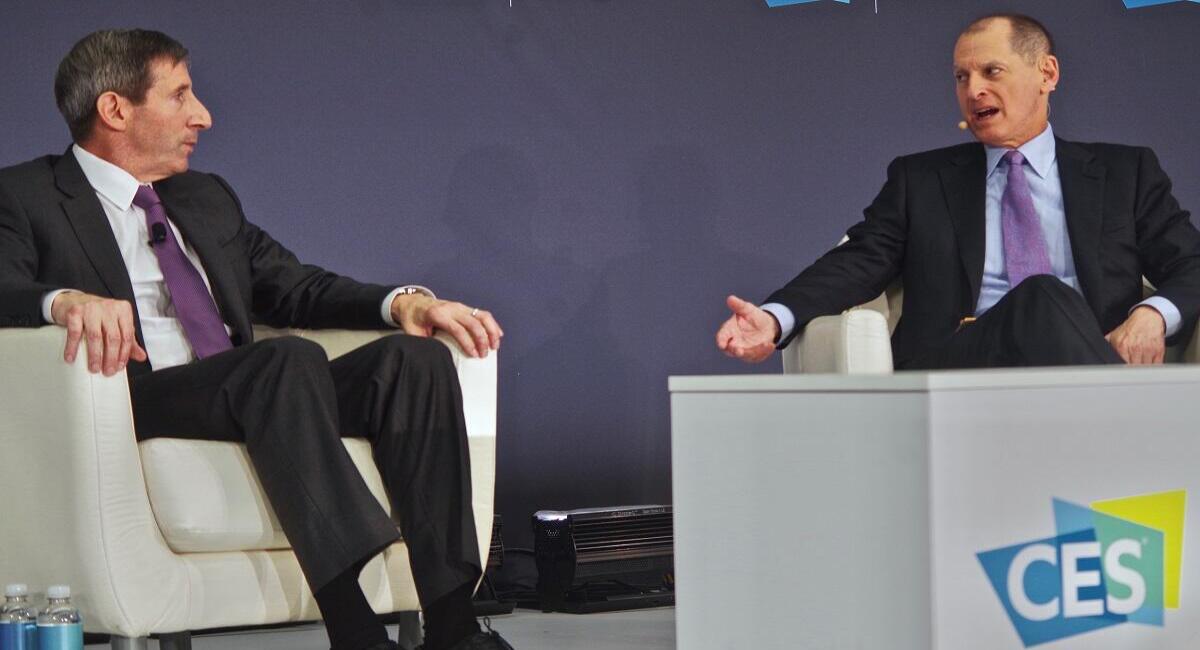 FTC chairman Joseph Simons was both charming and combative in his CES “fireside chat” with CTA president Gary Shapiro.

LAS VEGAS — Consumer Technology Association chief Gary Shapiro, an avid opponent of government regulation, didn’t quite know what to expect Tuesday in a cordial onstage interview with Federal Trade Commission (FTC) chairman Joseph Simons, who is one of the Trump administration’s least-noticed administrators.

What Shapiro got was a mixed bag of free-market support and pro-consumer activism, with a tendency toward consumer protection.

Perhaps the most emphatic sign of Simons’s preference for using government power to help ordinary people came toward the end of the interview, when Shapiro asked about one law that Simons would like to see passed while he serves in the FTC. Simons said he would encourage Congress to clarify Section 13(b) of the Federal Trade Commission Act, a 1973 measure that empowers the FTC to punish companies for deceptive practices that harm consumers.

Simons noted that in a federal Seventh Circuit appeals court decision, the FTC was stripped of its power to impose financial penalties on violators of the FTC Act. He said that this decision, which reversed a previous Seventh Circuit judgment, “does huge damage to our fraud program,” denying vital redress to consumers who’ve been tricked, often with significant financial loss, by credit companies, drug firms, and others. Without being able to levy financial pain on these offenders, said Simons, the FTC cannot do the sort of vigorous enforcement that is his agency’s mission.

Earlier in the interview with Shapiro, Simons offered an example of the power of taking money from offenders, citing FTC settlements last year — for privacy violations by Facebook and Google’s YouTube division — of, respectively, $5 billion and $170 million.

The YouTube violation was especially sensitive because it involved the collection of personal information from children without obtaining consent from their parents.

Noting that the FTC settlements against these two internet juggernauts were greater than the law requires, Simons warned, “Facebook and Google know that we’re paying attention. If they continue to do what they’ve done in the past and continue to violate privacy laws, they can expect the repercussions to be more severe.”

Simons made it clear, however, that his FTC feels no urgency to preemptively impose anti-trust sanctions on dominant platforms like Google and Facebook, as has been done in Europe through the General Data Protection Regulation (GDPR) passed by the European Commission to regulate data transfer among EU nations.

“Data is the bloodstream for AI [artificial intelligence],” said Simons. “We want to do it right. we don’t want to mess it up.”

Urged by Shapiro to denounce the “chilling” effect of the GDPR, Simons spoke carefully about domestic regulation policy: “We don’t go after big companies just because they’re big and successful … We shouldn’t turn on them and penalize them for success. You have to commit an anti-competitive act. You have to harm consumers. We can’t just break up companies just because they’re big.”

Shapiro tried to lead Simons into a direct critique of Europe’s regulatory regime, suggesting that passage of the GDPR is “not a good innovation strategy.” Simons responded with a finely tuned note of diplomacy.

“People characterize it that way,” he said with a smile.