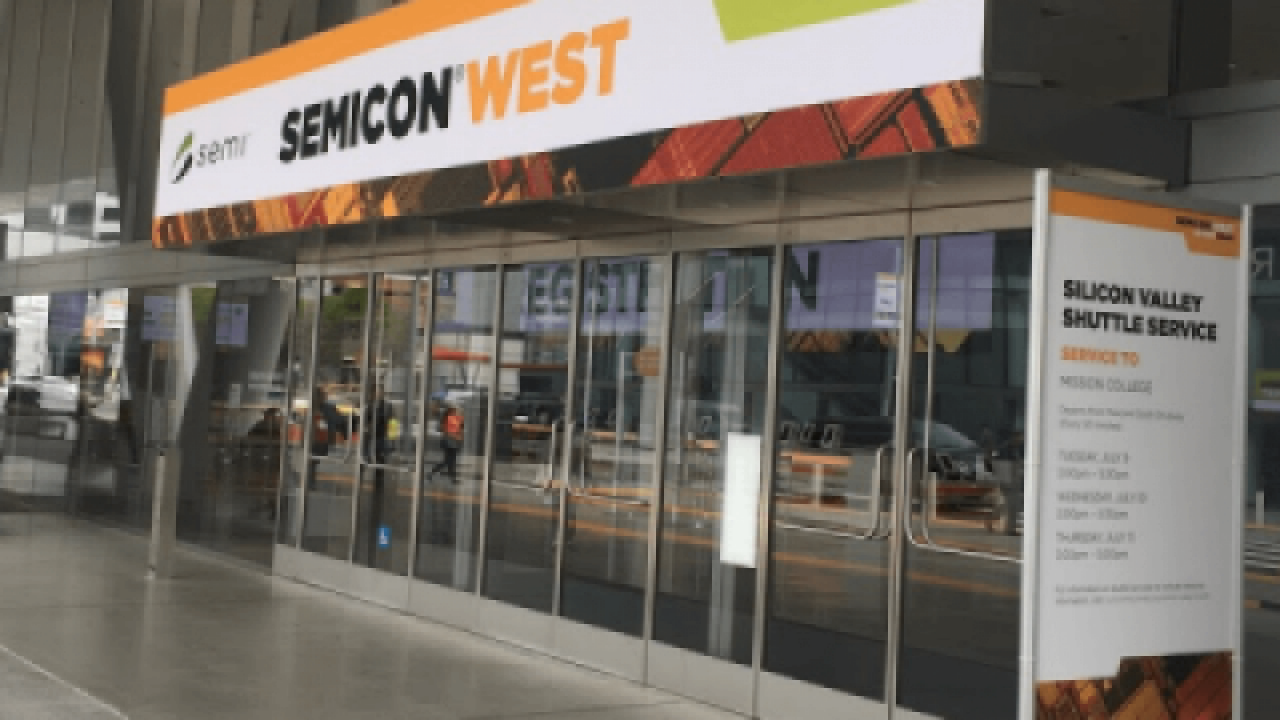 The equipment market is now forecast to decline by 20% this year. Too much inventory, a trade war, and 5G sluggishness makes the outlook for 2020 open to debate.

The semiconductor industry’s temperature has gone from lukewarm to freezing as the year has evolved, with analysts who had once forecast modest growth now projecting that IC sales will contract by a double-digit percentage.

“After three years of consecutive growth from 2016 through 2018, we are seeing a big correction in 2019,” said Clark Tseng, director of industry research and statistics at SEMI. “Actually, we saw this coming in the second half of 2018, but the correction seems to be bigger than we expected.”

Indeed, after consecutive all-time record sales of $56.6 billion in 2017 and $64.5 billion in 2018, wafer fab equipment sales are now projected to fall to $52.7 billion in 2019. And while SEMI is forecasting that equipment sales will rebound to grow 11% next year, reaching $58.8 billion, whether that will actually happen is a matter of considerable debate.

A number of factors that dragged down chip sales in the first half of the year are still at issue, including the near-freefall of memory chip prices from their lofty peak in early 2018, excess inventory at many suppliers, weaker-than-expected demand, and ongoing trade tension between the U.S. and China. Tseng said that he expects these headwinds to continue in the second half of the year and that slower-than-expected inventory digestion could result in chip inventories remaining out of whack through the end of 2019.

“The demand has not fallen off, but the inventory issue was a lot more severe than people expected,” said Mario Morales, vice president of enabling technologies, storage, and semiconductor research at IDC.

Amid oversupply, memory chip suppliers have slashed capital expenditures for the year by about 40% compared with 2018. Tseng said that he expects a recovery in capex for both DRAM and NAND flash to recover in 2020, beginning with NAND. He expects DRAM capex to recovery to roughly the level of 2017 next year and expects to see NAND capex increase by more than 50% compared to this year.

But not all analysts are convinced that 2020 will see a recovery in capital equipment spending.

“I’m looking for an equipment recovery starting in the Q3 2020 time frame and not before that,” said CJ Muse, a managing director and senior equity research analyst at investment banking firm Evercore ISI, during the annual Semicon West “Bulls and Bears” panel. 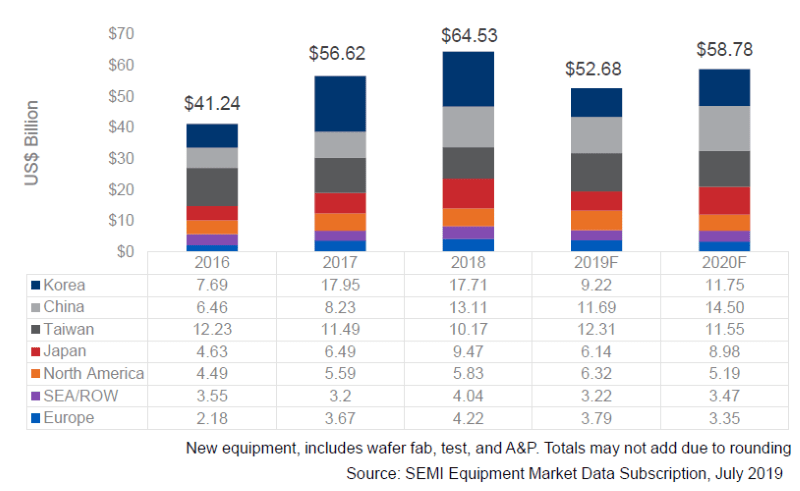 Muse said that he expects the big three memory chip vendors — Samsung Electronics, SK Hynix, and Micron Technology — to begin 2020 with capital spending budgets that are down 25% to 30% from 2019. He said that he expects logic manufacturers, including Intel, TSMC, and Samsung LSI, to leave capital spending roughly flat with this year. Overall, he said, industry-wide spending budgets will probably begin the year down 10% from this year.

“I do think there is hope into the back half of 2020,” Muse said. He said that mobile handset sales will be a key factor affecting equipment spending, as well as a return to higher data center spending and the digestion of excess memory inventories. “I do think that the initial take is going to be negative, and as we proceed through 2020, I think we’ll start to look better.”

Despite the semiconductor industry’s focus on diversifying end markets in recent years, mobile handsets remain far and away the single biggest driver of wafer fab equipment spending. In 2019 and 2020, the wild card is that consumers are expected to delay the purchase of new handsets pending the deployment of 5G.

“My biggest concern is, until we have 5G readily available, you’ve sort of given a built-in excuse for consumers not to buy a phone,” said John Pitzer, managing director at Credit Suisse.

Pitzer said that he wouldn’t be surprised to see handset sales decline in the leadup to 5G, only to snap back sharply when the technology is up and running. “The uptick is going to be extremely sharp,” he said, predicting that it will trigger another memory chip boom like 2017 and 2018.