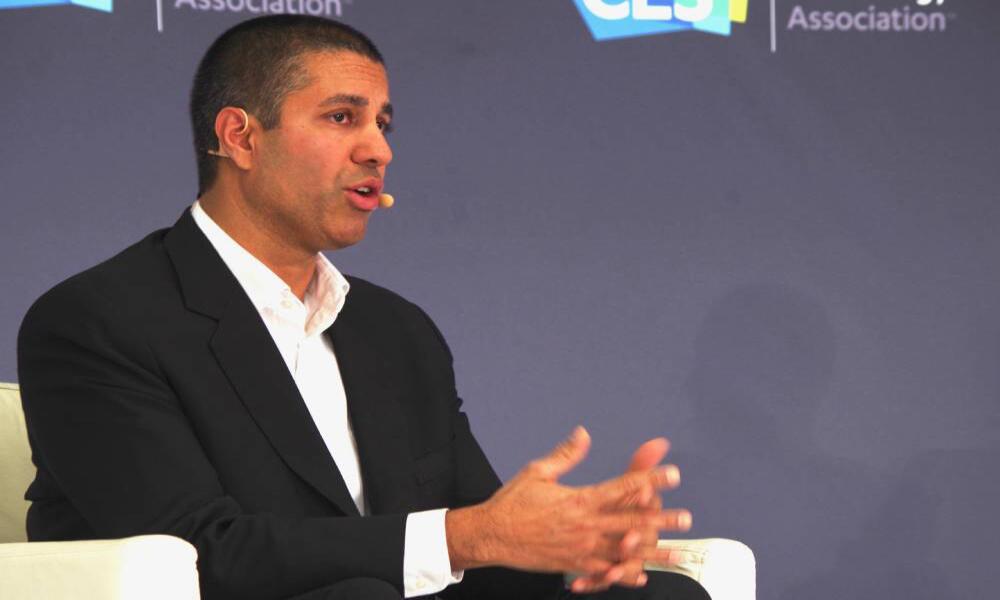 Ajit Pai returned to CES after two years to discuss ways to deliver spectrum to consumers, including rural communities that are missing out on connectivity.

LAS VEGAS — With a bitter controversy over his successful efforts to undercut the Obama administration’s net-neutrality policy well in the past, the Federal Communications Commission (FCC) chairman made his first appearance at the Consumer Electronics Show (CES) as a kinder, gentler Ajit Pai.

Pai joked with CTA president Gary Shapiro about the Doomsday scenarios forecast by net-neutrality advocates — “I get messages that I destroyed the internet over the internet” — and focused on less prickly issues, including the implementation of 5G mobile networks and the still-unrealized FCC mission of “broadband for all.”

Indeed, with 5G on the horizon and many rural communities suffering from slow broadband, or none at all, Pai touched upon the various elements, including the availability of spectrum to giant wireless providers like Verizon and smaller fixed wireless broadband providers, the latter of whom are starving for spectrum.

“Our goal is to remove spectrum as a constraint on innovation,” said Pai. He added that there now exists “a wide variety of use cases to share spectrum assets in ways that benefit consumers … to make sure that this resource is deployed to the benefit of the American people.”

Indeed, there are proposals in the works, favored by the Commerce Department’s National Telecommunications and Information Administration’s Office of Spectrum Management, in collaboration with the private Institute for Telecommunications Sciences, that would allow sharing, among smaller network providers, of mid-range C-Band (3.5 GHz) and Citizens Band Radio Service (3.7–4.2 GHz).

Pai was emphatic about the need to deliver more spectrum to rural communities who are still missing out on the earlier generations of connectivity — LTE and 4G. “We’ve got to think about more sharing models,” he said. Citing something called “massive MIMO” (multiple input/multiple output), Pai added that the days of “zero-sum spectrum, if you’re using it, I can’t use it” must end.

However, the historical precedent is that the big networks are first to the trough. The question unasked by Shapiro was whether a libertarian FCC leadership under Pai that has been loath to interfere in the “free market” is well-suited to helping out some 200,000 “small cell” providers.

Asked by Shapiro about the deployment of 5G, Pai admitted that a host of obstacles stand in the way of getting it installed everywhere equally in fast order. The first problem, he said, is a trained workforce large enough to string fiber on a vast forest of utility poles across the continent. “It’s hard work, outdoors, in all kinds of weather.”

He cited other practicalities such as the availability of materials like utility poles and copper. He noted the need to be more aggressive about rural broadband and to “get electric companies far more involved.”

Additionally, noted Shapiro, there are some communities, states, and cities that object to the intrusion of 5G “aesthetically.” In this case, Pai came firmly against “too many layers of government getting in the way.” In this case, he suggested, the feds should rule.

“The more disparate these regulations are, the fewer companies will be able to get into the market,” he warned. 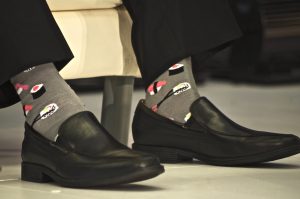 Chairman Pai, who sported a pair of colorful “sushi socks” with his loafers, brought a certain measure of suspense to his appearance at CES. Until his chairmanship, a chat between Shapiro and the FCC chairman was an annual ritual. But after threats were issued against Pai during the net-neutrality battle, he begged off the trip to Las Vegas. He agreed to attend the session after only a two-year hiatus. Even this year, the hundreds of convention-goers who arrived at the Las Vegas Convention Center meeting room were subject to stop-and-frisk bag searches and pat-downs before being allowed into the hall.

Shapiro began the session by saying, “He said he was coming a couple of times and he didn’t show up.” But then, smiling, Pai broke the tension and strode onto the stage.