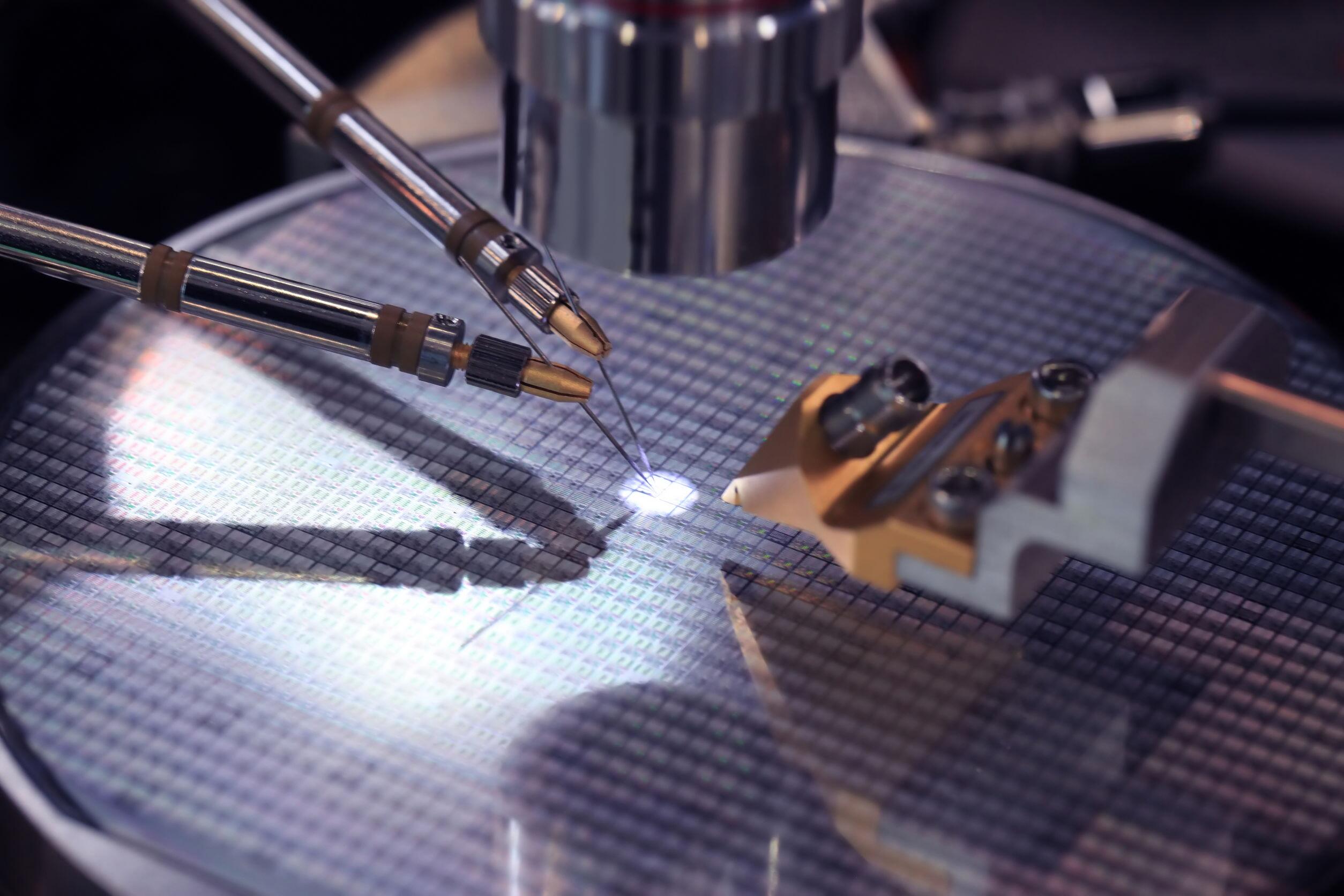 IC manufacturers are compelled to consider shutting down. A company in Grenoble that has already gone through the process is sharing best practices with others such as STMicroelectronics and Soitec.

As the coronavirus outbreak has worsened in Europe, semiconductor manufacturers have had to examine the health issues and risk factors for their workers.

Most of Europe is under lockdown, paralyzing the economy and daily life of hundreds of millions of people. PSA Group, Renault, Fiat Chrysler, Volkswagen, Ferrari, among other car manufacturers, have suspended production at their manufacturing sites across Europe. French tire maker Michelin has shut down its factories in Italy, Spain and France. Airbus has paused its production and assembly at facilities in France and Spain, in accordance with countries’ strict lockdowns. The list of companies with manufacturing operations is getting longer every day, and semiconductor companies are not spared.

As of March 17th, France imposed strict containment rules, compelling most companies to embrace remote working and take necessary measures to preserve the health and safety of their employees. STMicroelectronics then announced it was adjusting the organization of its front-end and back-end manufacturing operations at its French plants. These temporary measures could concern up to 50 percent of its manufacturing staff.

Contacted by EE Times, ST confirmed it had agreed to reduce the number of people on its French production sites as much as possible. “After generalizing remote working, the company is adapting to the evolution of the situation to continue to preserve the health and safety of staff present on premises,” said Alexis Breton, ST’s head of corporate external communications.

The agreement, signed by ST’s management as well as CFE-CGC and CFDT trade unions, impact all production sites in France. “An agreement was signed with social partners for a temporary adaptation of the organization of front-end and back-end manufacturing operations as well as support operations in Crolles, Grenoble, Rennes, Rousset and Tours,” Breton said. “This temporary adaptation, individualized for each site, might include up to 50 percent of manufacturing staff from March 19 to April 2, combining maximum safety conditions for staff on the premises and business continuity.”

Other media concluded from their reading of the agreement that ST would cut by up to 50 percent production in France. “It is not the same,” said Breton. “It’s always more complicated than crude headlines.” But then what’s the real impact of this 50 percent workforce adjustment on the overall production? Can all production lines operate or is the company prioritizing one business over the other? How is it affecting its customers? And what about the new GaN pilot line due to be installed at its Tours plant in 2020? Unfortunately, all those questions remained unanswered.

Since the onset of the coronavirus outbreak, the French-Italian company has had a distinct approach in France and in Italy, in line with respective government guidance and restrictions. On March 9th, ST issued a statement on reinforced measures in Northern Italy and manufacturing continuity at its Italian sites. “We are complying with the containment measures issued by the Italian government, which do not require a closure of any ST site in Italy, [and] allow people and goods to commute and travel based on working habits and needs,” the company said in a statement. “We have not recorded -and we do not foresee- any material disruption to our operations in Italy, which are running regularly.”

Last Saturday, however, the strict lockdown was made even stricter when Prime Minister Giuseppe Conte announced a country-wide factory shutdown. From March 25th to April 3rd, all non-essential factories across Italy have to shut down, compelling about 3 million Italian![wafer](https://static.emedia-asia.net/9f5c0d1d-03c5-439c-9f3a-03d6cadaf051.jpg) workers to stop working. Exceptions include companies within the food and pharmaceutical sectors, as well as communication and information services, engineering, computer repair and maintenance services, household appliance repair services. A deduction is allowed.

Struggling on a different level

In Germany, the coronavirus continues to spread, but the mortality rate is abnormally low (0.4 percent in Germany vs. 9.5 percent in Italy, according to data compiled by Bloomberg from state health authorities). Although German authorities announced last Saturday a ban on gathering of more than two people, restrictions are less stringent than in other parts of Europe. “The current government regulations in various jurisdictions have allowed us to continue work at our production sites as the manufacture of semiconductor components have been identified as part of the critical manufacturing sector,” a spokesperson for Infineon Technologies, told EE Times.

Currently, all Infineon facilities are operating, the spokesperson Itconfirmed. “Response teams monitoring the local situation have been installed and risk mitigation measures have been implemented.”

Infineon’s spokesperson confirmed that the health and safety of our employees and business partners was the company’s top priority. “At the same time, we are doing what is necessary to keep operations within our manufacturing facilities running as smoothly as possible”, specifying that Infineon’s production facilities are characterized by exceptional hygienic conditions providing a high degree of protection against pathogens.

In addition to comprehensive preventive measures, Rodehüser said Infineon has applied extensive travel restrictions. “In general, both national and international travel must be avoided; individual exceptions need to be approved by the respective top management.” He added, “All employees outside production-critical areas and labs are required to work from home wherever possible.” Since March 19th, some 20,000 employees have been working via remote access, more than 100,000 audio and video calls have been conducted via Infineon’s system.

“We are at war against the coronavirus”, declared French president Emmanuel Macron. In times of war, there is nothing like sharing best practices and experience across the business community. This is exemplified by Lynred, created as a merger between Sofradir and ULIS, which specializes in high quality infrared detectors for aerospace, defense and commercial markets.

On March 17th, Lynred decided to stop all activities “because we weren’t sure we could guarantee everybody’s safety,” David Billon-Lanfrey, director of strategy at Lynred, told EE Times. “After that, we had to organize ourselves to make sure all people, not involved in the direct production, could be working from home with their computers and via the tools we had put in place.”

One week has passed, and Lynred is already preparing the after-crisis. “We are working on how we can restart our [manufacturing] activity in the safest conditions for our employees. We have set working groups with all parties, including managers and trade unions.” Lynred has been also sharing best practices with companies such as ST and Soitec. “We have set a network in order to share experience and be more efficient in the way we put in place all the safety measures for our employees.”

The key learning from this sharing of experiences takes us to cleanrooms, where the filtration systems not only prevent the dirt, as tiny as it may be, to affect the yield of semiconductors, but also provides a safe working place. “We learned it by sharing experience with other companies, and now know we can restart in the right conditions for people’s health.”

Lynred expects to resume production in the first week of April, but the schedule will depend on “when the trade unions, our medical staff are convinced that everything has been put in place to ensure the safety of the people.”

Lynred currently employs 1,000 people, including 500 in production. Its main manufacturing site is located in the Grenoble area, while a small production line is in the South of Paris.

“For sure, there will be lessons to be learned,” said Billon-Lanfrey. Although it is too early to say, “as we don’t have the hindsight,” he is convinced Lynred will emerge stronger from this ordeal. Stronger in the way the company secures its supply chain, facilitates remote working with the right IT tools, and copes with critical situations.

Donating is a selfless act

France and other European countries are currently contending with a serious shortage of FFP2 health masks, hand sanitizer, and hospital gowns. In 72 hours, French luxury brand LVMH met France’s call for hand sanitizer and started producing hand sanitizer within its French factories. It has also ordered 40 million health masks from a Chinese supplier. Since then, large and small businesses from all industries have been donating their stockpiles of masks for front-line health workers in the face of the coronavirus epidemic. Lynred is one of them.

“We had a stock of several hundred masks and donated them to the Grenoble University Hospital Center at the start of the Covid-19 outbreak,” Billon-Lanfrey said.

As a component manufacturer, Lynred has been solicited by its customers to provide infrared sensors, a key component in the thermal imaging cameras used for thermal screening at airports and other high traffic sites. “We have been involved in this effort, and we responded the best way we could.”

Asked if Infineon was contributing to the national effort, Rodehüser said, “We appreciate such commitment whether companies see an opportunity to do so. In Germany, we currently do not see any existing contingents that companies could help to place.”