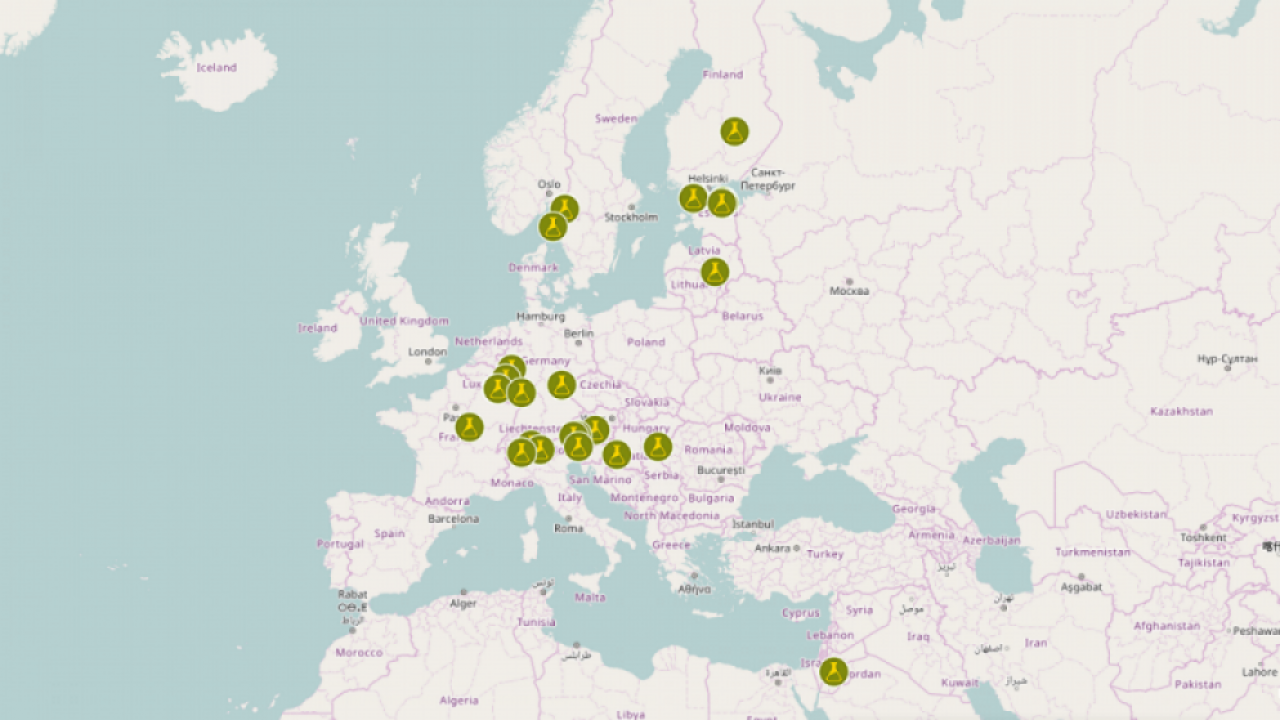 An EU-funded project has been launched to develop advanced packaging for photonics, optics and electronics for low-cost manufacturing.

The Internet of things generates demand for faster connectivity and expanded sensor capability. To meet the required performances, multiple chips are integrated into one package, together with optics (sensors) and photonics (interconnects). The increasing heterogeneity of components results in higher complexity, and eventually the package itself becomes an integral part of the system: its mechanical, electromagnetic and thermal behaviors have an impact on the overall system’s performance, reliability and cost.

“Heterogeneous integration is a key topic,” Moritz Stoerring, Applause project coordinator and R&D external relations relation manager for ICOS Vision Systems N.V. (a division of KLA Corp.), told EE Times. “Before, you would usually have your wafer with all the chips, not only for sensors but for anything, then you would cut the wafer into pieces, pick up each die one by one and put them into packages. With wafer-level packaging, you do most of the packaging process when the wafer is in one piece. We are further developing this and trying to integrate photonics and optics interfaces into this process.”

Coordinated by ICOS Vision Systems, the Applause project has 31 partners from 11 countries, including 12 large enterprises, 11 SMEs and 8 research and technology organisations (RTOs). The €34 million (approximately US$37.4 million) total budget is co-funded by the European Union’s Horizon 2020 research and innovation program as well as national funding agencies and industries in Belgium, Germany, Netherlands, Finland, Austria, France, Hungary, Latvia, Norway, Switzerland, and Israel, as a part of the Electronics Components and Systems for European Leadership joint undertaking.

This three-year project demonstrates Europe’s ambition to be at the forefront of sensor research and technology development. Its results aim to enable more cost efficient and smaller sensors and photonics interconnects, said Stoerring. “Europe is doing well in sensors. A lot of MEMS such as accelerometers, gyroscopes, light/camera, pressure and RF MEMS, are designed and manufactured in Europe.”

Easier, faster, cheaper
The Applause project focuses on advanced packaging and assembly technologies for combined electronics, optics and photonics. The consortium members will develop new methods, processes and tools with one objective in mind: high-volume and low-cost manufacturability.

Within the key technological building blocks, the consortium will work on ultra-thin wafer and die handling and packaging solutions, high-precision photonic packaging, bonding technologies for sensitive optics components, medical and biocompatible photonic packaging, as well as molding and 3D integration for optical component manufacturing. Also on the agenda is the development of test concepts and test equipment platforms and failure analysis to combine the reduced device size and the tightening alignment specifications. Members will also work on proof of high-volume, low-cost manufacturing capabilities for optics and define metrology methods and tools for advanced packaging.

The technologies will be piloted in six industrial use cases, which utilize the technology building blocks and take them toward manufacturability. The first use case, led by Austria-based AMS AG, is a substantially smaller 3D integrated ambient light sensor for mobile and wearable applications. The second one, led by Integrated Detector Electronics AS, is a high-performance, low-cost, uncooled thermal IR sensor for automotive and surveillance applications. For the third use case, Israel-based DustPhotonics Ltd. will be in charge of developing high speed datacom transceivers with reduced manufacturing costs. Datacom transceivers are used to receive and transmit signals, noted Stoerring. “Optical fibers need to be aligned to a laser die out, and this alignment is usually done actively. Here, this should be done passively, which would make the production process much easier and faster.”

On the medical front, Precordior OY and Cardiaccs AS are respectively leading uses cases for the development of a flexible patch for cardiac monitoring and miniaturized invasive cardiac sensors. Led by Finnish Vaisala OYJ, the third use case targets optical humidity measurement modules with cost-effective packaging of components.

Technology readiness
Developed at NASA, technology readiness levels (TRLs) are a method for estimating the maturity of technologies during the acquisition phase of a program. TRLs are based on a scale from 1 to 9, 9 being the most mature technology. Stoerring said the Applause project, depending on the use case, is between 5 and 7.

“The developments, ongoing here, are not basic research, but they are oriented towards products,” said Stoerring. “There are several risks in this work, therefore it is difficult to say how far from commercialization the use cases will be.” He, however, noted that the flexible patch for cardiac monitoring “could come close to commercialization,” while the miniaturized invasive cardiac sensors “would probably need a lot of medical testing, and that takes time.” The optical humidity measurement modules will also need “a lot of testing afterwards”. And, because “the mobile market goes so fast, the 3D integrated ambient light sensor for mobile and wearable applications, shouldn’t be too long from commercialization.”

Testing & measuring
Because there is no technology without measurements, no quality without testing, RoodMicrotec GmbH will lead the “Testing, Reliability, Failure Analysis & Metrology” work package. And while KLA Tencor will supply inspection metrology equipment, EV Group will work on wafer-to-wafer bonding “so when we have two wafers, they can put them very well-aligned on top of each other.”

Now and after
During the first six months of the project, the consortium members are defining the specifications and requirements. “The use cases have up to 14 partners,” said Stoerring. “They need to define what is needed from each partner and provide advanced draft specifications. Several suppliers know in which direction they are going, and are already working on feasibility. The use case work is starting now.”

Once the three-year project is finalized, Stoerring said “the use case partners will potentially have a demonstrator/prototype using cutting-edge innovative technology that will be commercialized.” The other industry partners, including many semiconductor suppliers, will have developed technology enabling the use cases (e.g. process equipment, materials, process control equipment). “This technology will also be commercialized.”

Finally, RTOs will have developed new methods and processes. Educated students and PhDs will then be able to “bring this new knowledge to the industry.”