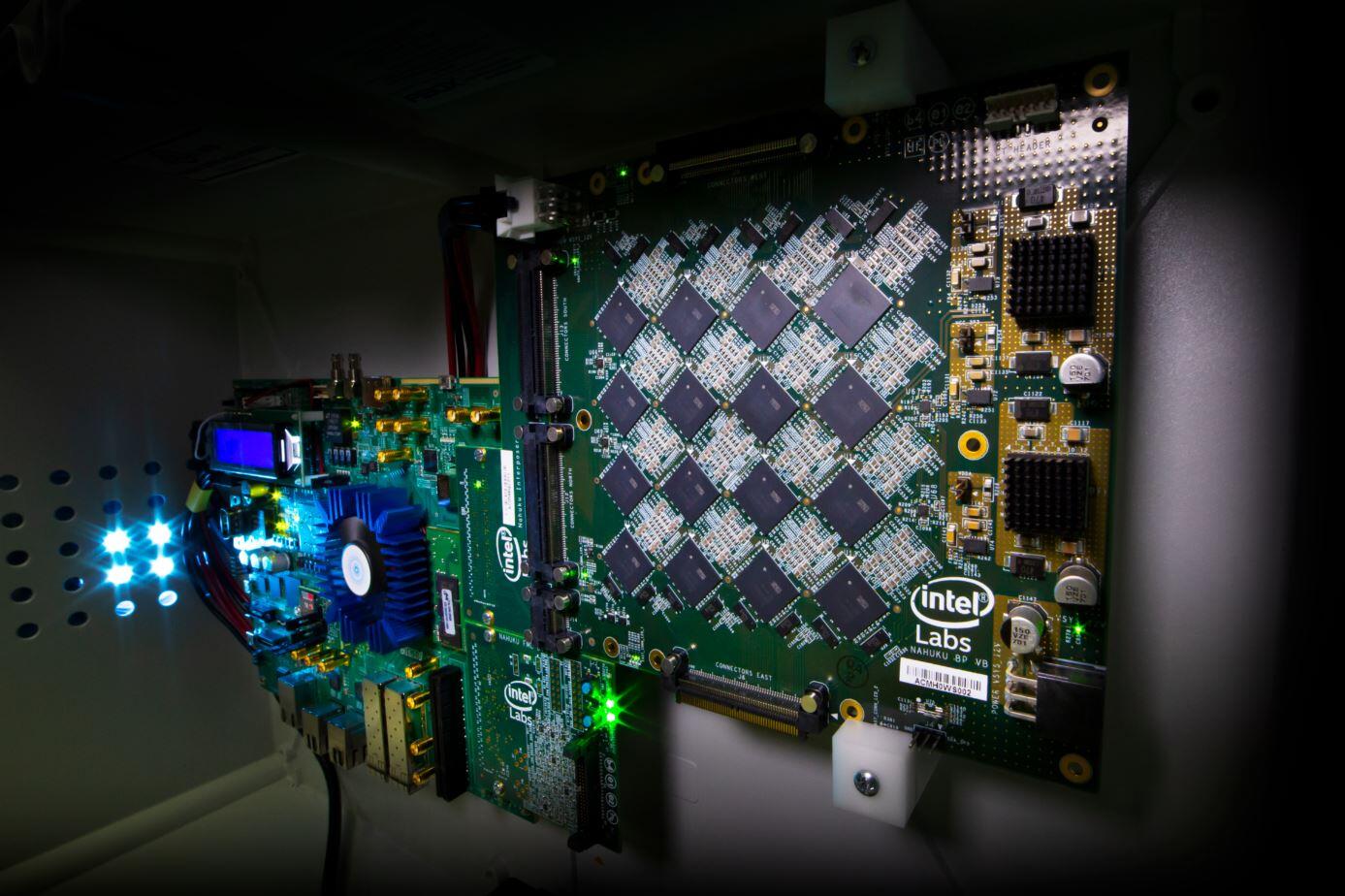 Detecting chemicals via their smells is useful for security and medical applications.

Researchers from Intel and Cornell University have developed an “electronic nose” system that can detect 10 different chemicals as accurately as a state-of-the art deep learning system, but with very little training required. The experiment shows that electronic nose systems could take advantage of neuromorphic computing’s easy/quick training (‘self-learning’) and low power operation, and allows some interesting insight into one potential use case of neuromorphic technology.

Intel researchers, working with olfactory neurophysiologists from Cornell, built a system that uses Intel’s Loihi neuromorphic chip to process the data from an array of chemical sensors. A neuroscience-derived algorithm developed by the team predicts whether chemicals such as ammonia, acetone and methane — chemicals which are associated with precursors to explosives, narcotics and certain polymers — are present. The test setup was able to “smell” these chemicals accurately, even in the presence of many other scents.

The test system was trained on a single sample of each smell, and each new target smell didn’t affect the ability to detect smells the system previously learned. Compared to a state-of-the-art deep learning system, which required 3,000 samples of training data to reach the same prediction accuracy, training the neuromorphic system was much quicker and made use of the low-power nature of the hardware.

The hardware front-end for the test system used 72 chemical sensors. Exposed to each of the 10 test scents one at a time, responses were measured, and data from these 10 samples was used to train the algorithm. The sensor array was then set up in a wind tunnel where it was exposed to mixtures of various smells, and the sensors occluded, to demonstrate the prediction accuracy of the system. It successfully identified all 10 of the smells it had been trained on.

The brain relays information with electrical pulses, also called spikes, whose timing modulates the strength of the connections between neurons, called synapses. The modulation of these strengths is analogous to how weights affect the impact of parameters in an artificial neural network.

Loihi mimics this architecture in order to process some types of brain-inspired artificial neural networks faster and with less power than other computing architectures. Since the technology is based on timing, the architecture relies on an asynchronous many-core mesh where each ‘neuron’ can communicate directly with thousands of others. There are a total of 130,000 ‘neurons’ on each Loihi chip and 130 million ‘synapses’. Each core can adapt network parameters during operation so that both supervised and unsupervised learning may be supported.

The industry has long been searching for the right technology for an inexpensive, fast, portable, reliable electronic nose for a variety of applications.

The system used in this experiment was successfully demonstrated on smelling substances that are harmful to public health; this ability could be used in security and screening systems, such as airport and border security. Trained to recognise other smells, it could be used in smart home systems such as smoke detectors or carbon monoxide detectors.

Electronic noses could also have important use cases in medical devices, since some medical conditions emit certain odours, often undetectable to human olfactory systems. Some cancers are detectable with today’s electronic noses, for example.

Using neuromorphic computing, it may be possible to build electronic nose systems smaller and less power-hungry than ever before, enabling their use in compact, portable, smart devices.

Future versions of this neuromorphic electronic nose may tackle such issues as distinguishing between scents that are more similar to each other, or correctly classifying biological smells which have significant variation amongst items in the same class. These problems will be worked on during the next phase of the project.

In the future, the Intel team also plans to extend the approach they took with the olfactory system to other biological systems, such as scene analysis, to more abstract problems like planning and decision making.