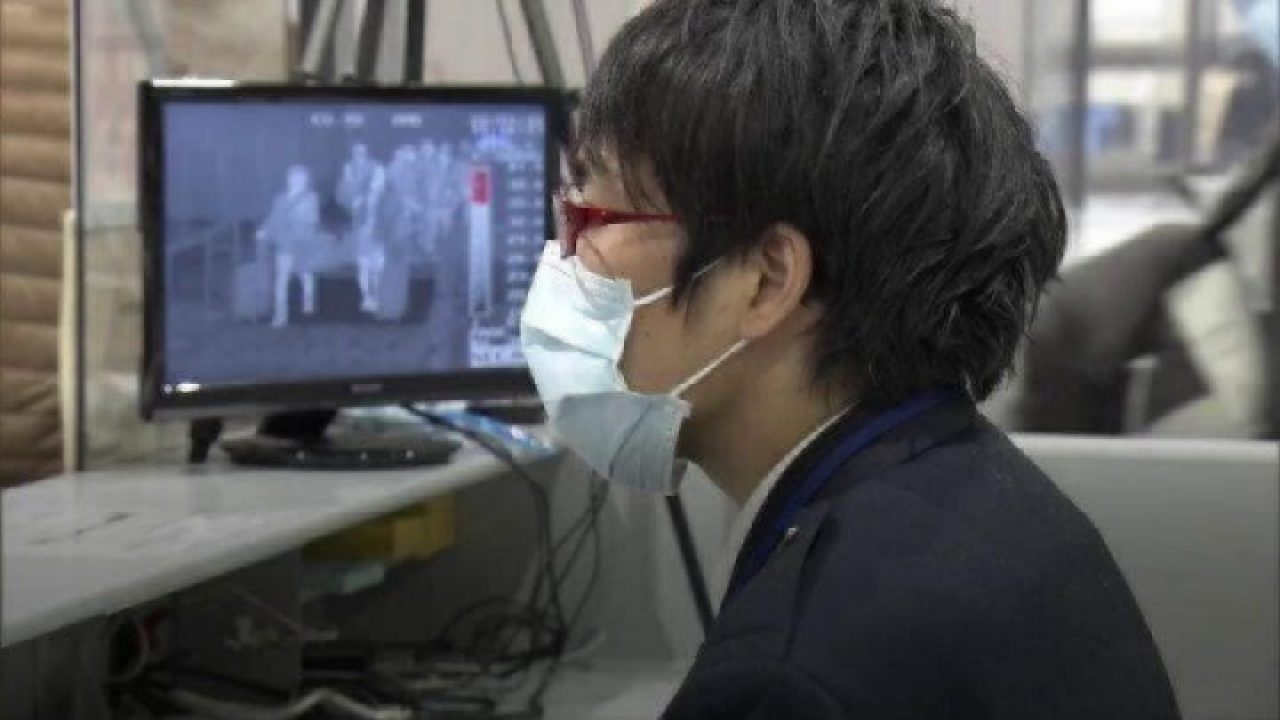 It’s hard to square the “all is well” stance in China’s chip sector with reports from other markets. The outbreak will create a significant near-term reduction in LCD production in China, says IHS Markit.

Chinese chip companies in the Wuhan area are not cutting back on production despite the spread of a deadly coronavirus which had infected more than 10,000 people as of Friday.

Local companies in Wuhan, suddenly in spotlight, appear focused on downplaying the impact of the deadly virus. For example, Yangtze Memory Technologies Co., Ltd. (YMTC), a budding Wuhan-based manufacturer of 3D NAND flash, issued a statement this week, saying that it is taking steps to protect employees. It claims that current operations “are normal and orderly.”

The company has strictly ensured the safety of employees in accordance with government regulations, delayed the return time of foreign employees, and encouraged remote work if conditions permit, reported EETimes China. There are no cases of infection in the factory, and the chip maker has promoted epidemic prevention, issued masks, temperature tests, and strengthened disinfection for employees on the job.

The economic impact of the outbreak could negatively impact China’s GDP for the first quarter of 2020, experts say. Internationally, governments and businesses report they have things under control. But the Dow Jones Industrial Average (DOW) dropped 500 points on Friday, indicating not all is well in the market’s view. The outbreak has hit the country in the middle of the Chinese New Year and most businesses have already shut down.

Like many nations, China has industries that are considered essential. Semiconductor production, energy, chemical, steel and other basic sectors don’t cease operations in the event of holidays or an epidemic. YMTC stated that the company is in accordance with the unified national regulations, and that “everything is normal.”

The fab usually runs continuously for 365 days and when there is a shutdown it happens in two phases – warm and cold. A warm shutdown – usually for maintenance — lasts only a few days or one to two weeks. A cold shutdown requires water and electricity to be cut off and restarting may take a month or more.

YMTC, with more than 4,000 employees worldwide, is a local company with ambitions to become a global NAND flash supplier. It is shouldering a lot of the hopes and dreams by the Chinese government to create a self-sustaining semiconductor industry.

The Minister of Industry and Information Technology of the People’s Republic of China Miao Wei said on January 20 that the key tasks of building a strong manufacturing industry will be accelerated. China will continue to implement manufacturing innovation, smart manufacturing, green manufacturing and other projects. 5G mobile phone chips are now being put into commercial use, the minster added, and new breakthroughs have been achieved in mass production of memory and flexible displays.

In terms of raw material supply and logistics, YMTC claims that it’s actively coordinating to ensure the normal operation of the production line.

The Chinese chip industry is under increased pressure to become self-sufficient, especially as U.S. tariffs and trade restrictions on Huawei Technologies have cut off many sources of leading-edge devices. At a recent IC Insights forum, president Bill McLean said that’s not a realistic goal for the nation. Production technology in China’s fabs lags other nations and is focused on a select set of technologies. Analog and logic are so far missing from China’s portfolio. 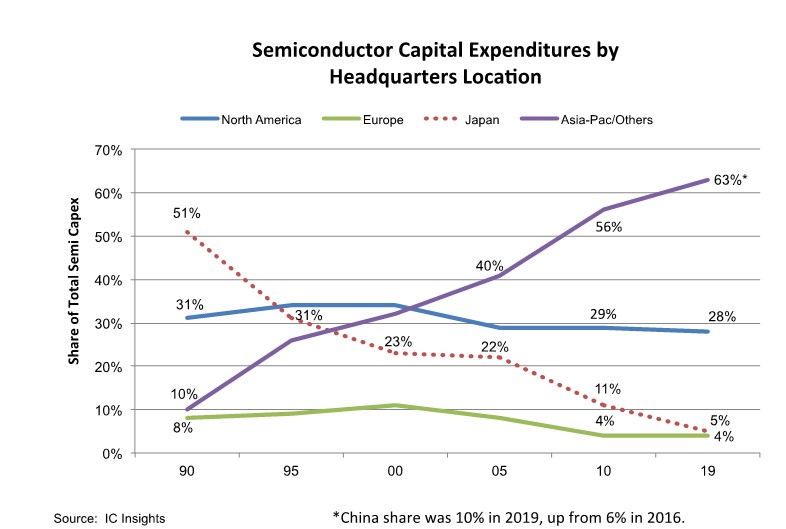 At the same time, China is one of the leading spenders on semiconductor production equipment and factories. Of the total $103.5 billion spent on semiconductor capex in 2019, 63% went to the Asia Pacific region. China’s share of that number was 10%.

Is it really “all is well”?
It’s hard to square the “all is well” stance in China’s chip sector with reports from other markets. China’s display panel production has been impacted by the outbreak, IHS Markit reported, spurring a significant near-term reduction in the global supply of panels used in liquid crystal display televisions (LCDs) and other products.

“Display facilities in Wuhan currently are dealing with the very real impacts of the coronavirus outbreak,” said David Hsieh, senior director, displays, at IHS Markit technology research. “These factories are facing shortages of both labor and key components as a result of mandates designed to limit the contagion’s spread. In the face of these challenges, top display suppliers in China have informed our experts that a near-term production decline is unavoidable.”

The leading Chinese suppliers of LCD panels for TVs, notebook PCs and PC monitors now are planning to raise panel prices more aggressively. For example, the price for an open-cell LCD-TV panel was originally expected to rise by $1 or $2 per month in February. However, the actual increase may be $3 to $5 for the month.

However, sources in the Chinese storage industry, since the closure of Wuhan on January 23, have stressed that YMTC and XMC factories are operating normally. Chinese media have criticized foreign analysts’ assessment of the outbreak, characterizing as “speculative” negative predictions that China’s current troubles will benefit U.S. chip manufacturers.

Wuhan accounts for 37% of the Hubei’s (Wuhan is Hubei’s capital) GDP and is China’s emerging semiconductor technology concentration center. In addition to YMTC, there are several companies responsible of manufacturing 3D NAND, NOR Flash, and CMOS Image Sensors (CIS).

The 3D NAND chips produced by YMTC, and the NOR Flash and CIS chips produced by XMC have been successfully shipped through special application channels, EETimes China reported. But there are several upcoming challenges.

Some employees of YMTC and XMC are temporarily unable to return to their posts as scheduled due to the closure of the city after the Spring Festival, which may temporarily cause a labor gap.

Generally, fabs have several months of raw material inventory on hand, but as time goes by, special applications need to be made for raw materials to come in.

Finally, large wafer fabs have vendors to set up bases or dispatch factory engineers to solve problems on production lines. One of the Japanese equipment makers has begun to evacuate local Japanese employees.