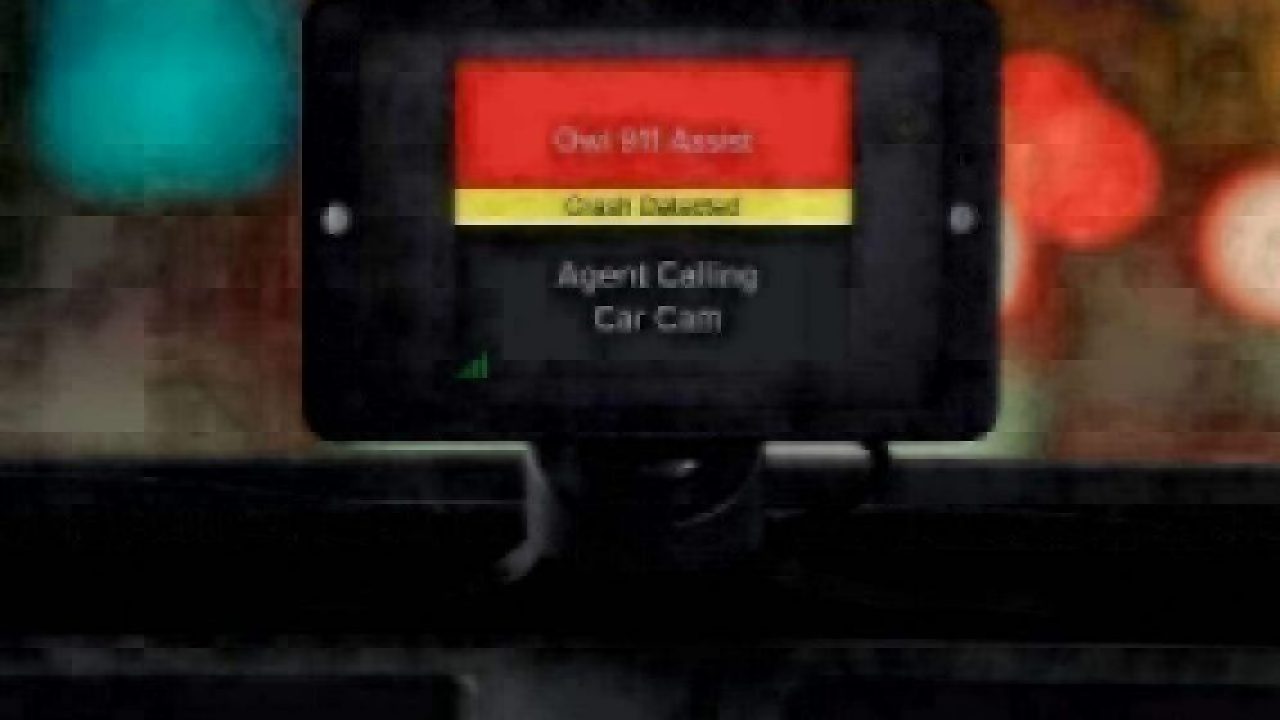 Owl Cameras Inc., a startup developer of security cameras for cars, has devised a LTE-connected dash-cam touted to be equally effective as the instantly popular Sentry Mode introduced by Tesla in February for its Model 3 vehicles.

Phil Magney, founder & principal advisor to VSI Labs, told EE Times, “Normally I don’t pay too much attention to the aftermarket but every now and then something comes along that is pretty compelling. This device is one of those. It is simple and straightforward, something you don’t normally find in the OEM world.”

The Owlcam detects events in and around a vehicle, automatically records video, and instantly sends it to the driver’s phone. It not only monitors thefts and break-ins, but also provides what it calls “Owlcam 911 Assist,” a service in which a live operator calls a driver who’s been in a crash and sends emergency service if needed. 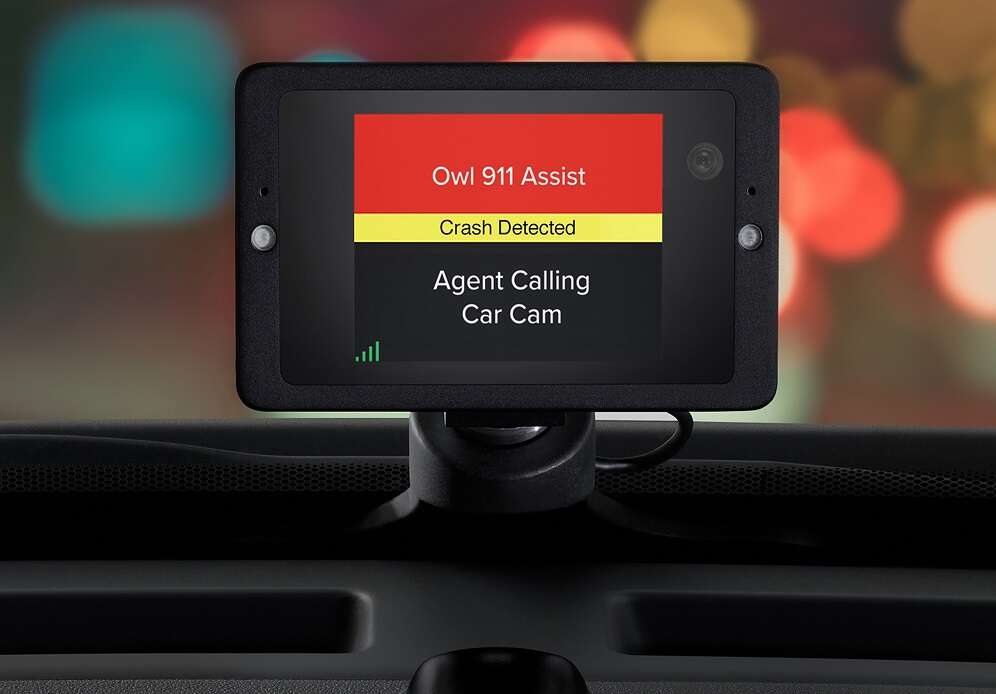 Live operator assistance if a crash is detected (Source: Owlcam)

Europe has a service called eCall that provides rapid assistance to motorists involved in collisions; the European Union has mandated that all new cars sold within the EU since last year must be equipped with it. The United States has yet to adopt anything like it, but Owl Cameras has anticipated the possibility and provided a ready means to satisfy the potential need.

Owlcam's innovation follows quickly on the heels of Tesla’s Sentry Mode, an alarm system to prevent vehicle thefts and break-ins. In February, Tesla’s new safeguard feature rolled out first in its Model 3, followed by Model S and Model X vehicles that were built after August 2017.

Tesla owners love this feature because, when enabled, Sentry Mode enters a “Standby” state and uses the car’s external cameras to detect potential threats. Depending on the situation, the system escalates from “Alert” (triggering cameras to start recording) to “Alarm” (activating the car alarm, increasing the brightness of the center display and blasting music from the car’s audio system).

Andy Hodge, co-founder of Owl Cameras, explained that conventional dash cams aren’t connected, and they don’t come with smarts. Often, users can only hope their dash cams caught the moments that should have been recorded.

What VSI Labs’ Magney likes about the Owlcam is that it couples a dash cam with embedded cellular. He said, “Other than Tesla I don’t know of any OEM that combine camera inputs with their embedded telematics for remote monitoring.”

He observed that telematics has been around for 20 years and “innovation has been painfully slow for those that offer it.” He noted, “Many OEMs sort of gave up on telematics.”

However, “Ironically, embedded telematics is on the rise again due to automated driving, over-the-air (OTA) updates, and now remote monitoring.”

The OTA capabilities Tesla pioneered for its vehicles are enabling Tesla to shake up the automotive industry. Magney noted, “It makes all the sense in the world to embed a cellular modem in the car so it can do all the great things Tesla does.”

What’s inside the Owlcam?

According to Owl Cameras’ Hodge, the company’s car cameras are built on Qualcomm’s Snapdragon (octa-core) platform. It comes with two cameras – a 1440p HD camera looking outside and a 720p camera monitoring inside. Owlcam comes with 32-Gigabyte on-board memory (no SD card) – enough to record two weeks of video clips.

Its connectivity includes an LTE modem, GPS and Wi-Fi.

Of course, Owlcam isn’t streaming video 24 hours a day. Sending that much data could cost thousands of dollars per month, said Hodge. When motion, impact or broken glass are detected, the camera kicks in, sending customers a phone alert. The Owlcam App provides a live view of what’s happening in real time.

Owlcam also incorporates such sensors as accelerometers, microphones, GPS and magnetometers, according to Hodge. Owlcam’s power comes from an OBD-II connector.

Hodge, who worked at Apple for ten years, playing a senior leadership role on the first-generation iPod and iPhone development teams, stressed, “All these sensors used in Owlcam are very high-end ‘Apple’-quality,’ if we could call it that.”

The Owlcam team has also tested a lot of phones, said Hodge, seeking to make the Owlcam-to-smartphone transition seamless.

Owlcam, like smartphones, can run AI functions that include face recognition and natural language processing. Hodge said, “The fruits of what smartphones are capable of doing today are seen everywhere in the market.”

Owl Cameras’ goal is to add more machine-vision abilities into the Owlcam without heating up the unit. The startup is studying a variety of low-power AI acceleration chips for its future designs, Hodge added.

One critical element in the Owlcam is the services the company offers. As the firm explained, “When a crash is detected, a video clip is instantly sent to the driver’s phone. The video proof can immediately be shared with insurance companies and police on the scene. Owlcam 911 Assist’s live operator then calls to see if the driver needs help, sending emergency services if needed.”

Today, Owlcam is sold at $349, including both the camera and a one-year trial of the Owlcam 4G LTE service and Owlcam 911 Assist. After a year, subscription is $99/year or $9.99/month. When the startup began offering Owlcam 911 Assist feature late last year, there was an extra fee of $75, but this will now be folded into the $99 annual service cost, according to Hodge.

The startup is not disclosing the number of its customers. However, Hodge indicated that there are “more than 25,000 units” on the market. Noting that Owlcam was launched in March 2018, Hodge claimed that his firm had “more customer sales than Nest, Ring or Dropcam had in their first year.”

But in order to support a growing number of Owlcam customers, the startup needs to build a network infrastructure that scales well. Noting his background at Apple and Microsoft’s Hololens and Dropcam (bought by Google), Hodge said, “We’ve done a massive web service before.” Owlcam uses an AWS Service that can scale 10, 20, 30 to 40 million users, he said.

Discussing Owlcam, VSI Labs’ Magney called it “a no brainer for commercial fleets.” He asked, “How could an operator not have this?” Hodge acknowledged that in the next few months, Owlcam plans to announce, “a number of large, B2B enterprise fleet vehicle sales.” 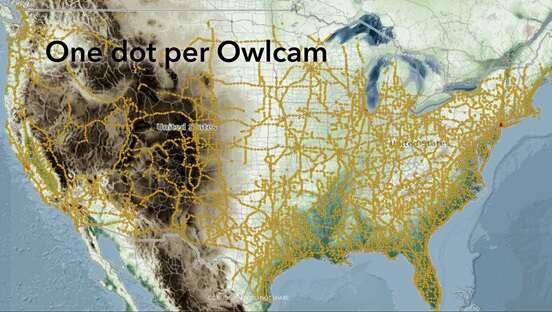 As with any connected devices sold on the consumer and automotive market, Owlcam is interested in collecting anonomized data streamed from its own devices. As the company gathers massive amounts of data, Owlcam in the future might be able to gather enough information and foresee dangers ahead on the road, according to Hodge. The company claims that “more than 100 million miles” have been covered by Owlcam since its launch last year.