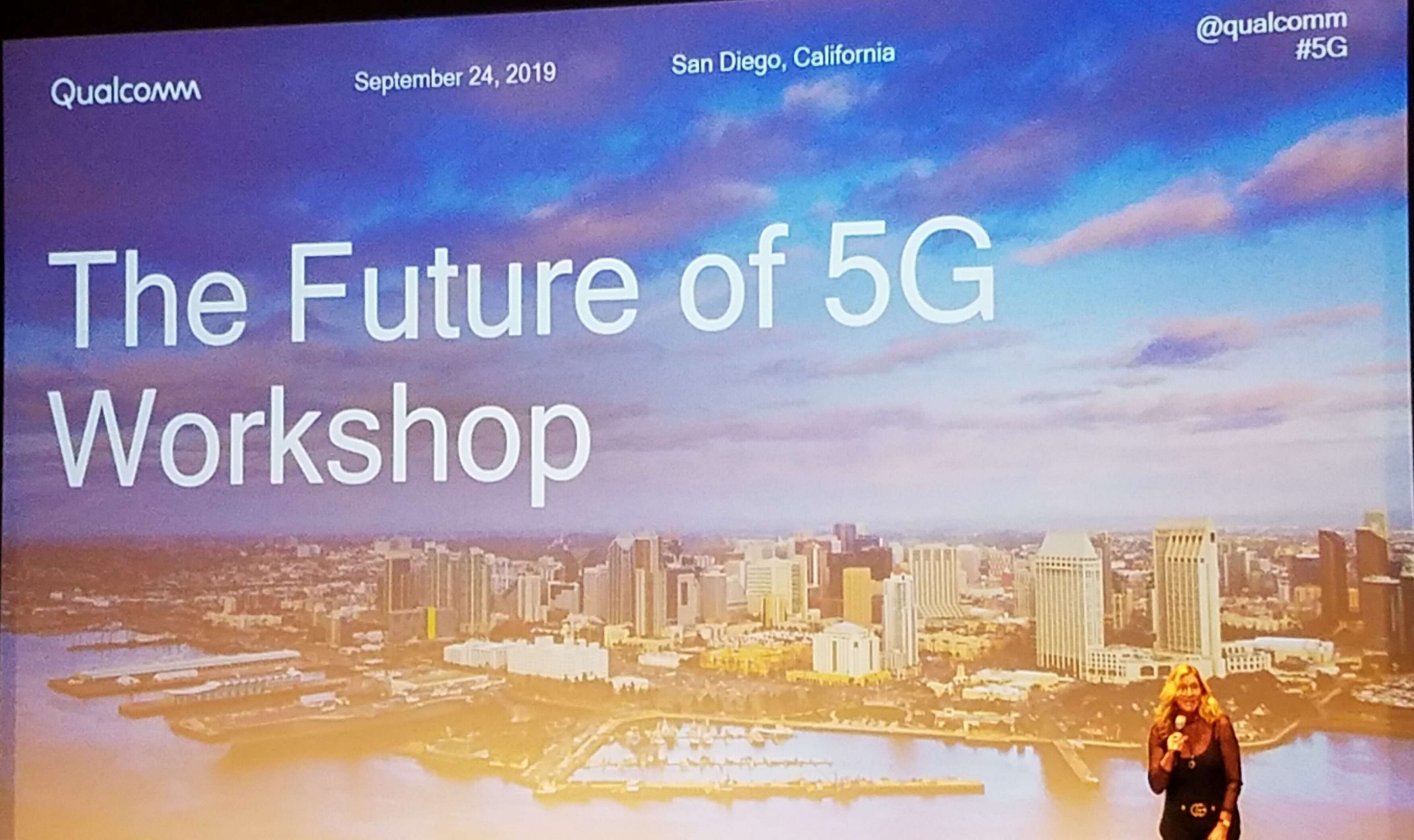 Extraordinary innovations that are enabling 5G are built on a continuum of technological achievements in wireless networking, which the company highlighted at its annual conference.

In a grand event at its headquarters in San Diego, Qualcomm’s executives recalled how the seeds of 5G were sown decades ago, and claimed the future of 5G will ride on its technologies. The speakers, including CTO Jim Thompson and the company’s R&D and product heads, time-traveled us back to the 1990s when EV-DO first introduced the basic concepts of wireless Internet, to LTE which brought techniques such as OFDMA used in 5G today, and concepts such as direct device-to-device that will fuel the future of 5G.

In the times when we are busy with immediacy, this was a refreshing perspective, realizing where we started, how far we have come, and how much more we have to go. Personally, I came out feeling very confident about the future of wireless technology in general, and 5G evolution in particular.

EV-DO was the first real mobile wireless broadband solution. Although other technologies such as GPRS existed, EV-DO, for the first time, introduced the concept of an All-IP data channel optimized for the extreme conditions of wireless. Features such as hybrid ARQ (HARQ), turbo coding, adaptive modulation, and opportunistic scheduling introduced during those times were used for 3G, 4G, and are a basic staple for 5G and beyond. Techniques such as carrier aggregation, VoIP over wireless and many others are also still being used and will continue to be used. OFDM/A that revolutionized mobile broadband with 4G LTE is the choice of waveform and access technology for 5G and its evolutions. The technologies behind C-V2X, and Slide-link, usage of unlicensed/shared spectrum, and many more that are part of the future of 5G, all came from cellular evolution. All of these are Qualcomm’s innovations.

The technologies that built 5G
While 5G has become almost a household term, the challenges of 5G and the innovations that solved them are still not very well known. And they look like “wizardry” as The Wall Street Journal put it. Years back when 5G was being mulled over, many experts knew about the limitations of 4G, and the extreme needs of the next-generation wireless technology. But the challenge was not only developing a platform that addressed the current needs but also making it future proof.

In my view, developing a unified, flexible design based on scalable OFDMA and slot-based framework is one of the key contributions of Qualcomm to 5G. When I heard about it from engineers for the first time, it sounded almost utopian — “everything for everyone!” But kudos to the Qualcomm experts, it was standardized and commercialized in record time (remember 5G acceleration?). The framework is so flexible and scalable that any application that can be imagined now and in the foreseeable future can be supported with it.

Another path-breaking Qualcomm 5G invention was solving the millimeter wave (mmW) puzzle. It was an impossible challenge. Trust me when I say this because I have hands-on experience dealing with mmW. Making it work for mobiles and in outdoor environments is nothing short of a miracle and is in the same league as making CDMA work. Even after six months of first 5G deployments, nobody other than Qualcomm has been able to show a working device, let alone a commercial phone! This indeed is a testament to the complex art involved in making mmW work in phones. Notwithstanding the initial hiccups of one operator that is giving mmW some bad rap, very soon, all those bashers will realize the pivotal role mmW will play in making 5G a universal solution for everything connected. During the event, through multiple demos, Qualcomm went to lengths to show that mmW indeed works in non-line of sight (LoS) scenarios.

“The key to Qualcomm’s success is our systems approach,” said John Smee, Qualcomm VP of Engineering and Wireless R&D head, “We are first to develop the end-to-end prototypes and demonstrate the feasibility of any new technology.” To prove that point, they took us on an exclusive behind the scene tour, to the roof of their HQ building to show the 5G sub-6GHz end-to-end system they have built, including their own test base station and the core network.

Before jumping ahead to the question “what’s next for 5G?” we’ve got to realize that 5G is still in its infancy, barely a few months after the first commercial launch. I know the staggering speed of deployments and all the news might make you think it’s years old! In the words of Durga Malladi, Qualcomm SVP and GM of 5G, “it feels like the entire life of 4G has happened in the first few months of 5G.” In comparison, six months after the launch of 4G, people had barely even noticed it! What is commercial now is just the first prong of what I call a three-pointed star — enhanced mobile (and fixed) broadband (eMBB), along with massive IoT and mission critical services (MCS). The future of 5G lies in realizing those latter two prongs, mostly connecting and transforming score of verticals that are primed for the 5G magic. Of course, the enhancements to eMBB will continue as well.

From the perspective of the applications, you will see the continuance of the massive surge of IoT devices across many verticals. 5G will support extreme density — up to a million devices in a square kilometer. You will see the emergence of MCS that need 99.9999% or better reliability and millisecond latency. These will ring in a slew of industrial IoT applications and use cases that were not possible with 4G. 5G, along with the other major technologies such as AI and edge compute will herald “Industry 4.0” — the next industrial revolution. The factories will be untethered and smart, which will allow them to be nimble, modular, and much more efficient. The consumer applications such as photorealistic VR, AR, and others will become mainstream and extend into industrial sector as well. 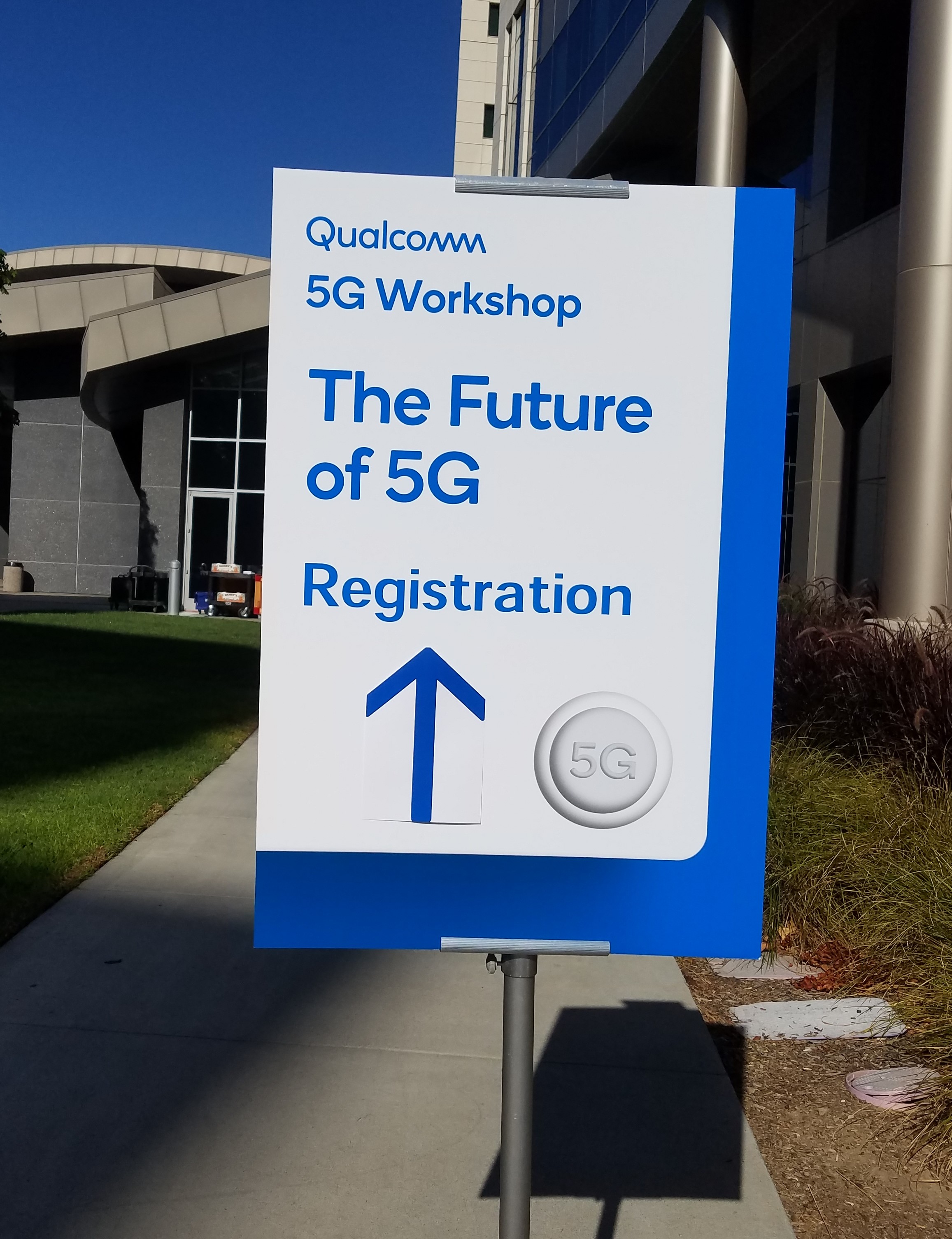 You might say, you have heard them all, well, so far it was just a vision, but now the technologies are being developed to realize them. I attended the 3GPP’s Plenary and RAN Working Group meetings a few of weeks ago, where there were spirited discussions about Rel. 16 and Rel.17. Rel 16 is expected to be finalized in March 2020, and the study and work items for Rel. 17 are expected in December 2019. Rel. 16 includes features such as eURLLC (enhanced Ultra-Reliable Low Latency Communication), 5G C-V2X, 5G-NR-Unlicensed, Integrated Access and Backhaul (IAB), positioning and others. Rel. 17 is evaluating XR, NR-Light for wearable, etc., spectrum above 52 GHz, centimeter-level positioning, expanded use of slide-link, and many more.

From the network perspective, you will see that the network will move from today’s non-stand alone (NSA) to stand-alone SA configuration, which is needed to support all the low-latency and high-reliability capabilities and applications. You will also see increasingly more spectrum allocated to 5G, through the newly allocated spectrum, through the shared spectrum as well as existing spectrum using features such as Dynamic Spectrum Selection (DSS).

5G and its evolutions are built on the solid foundational technologies that Qualcomm provided and has been improving over the last three decades. This event, showed a glimpse of the future, while also taking us through the memory lanes of yesteryears. The vision for the future of 5G is very clear, and a series of live demos we saw clearly indicate the solid progress being made to deliver on that vision.

— Prakash Sangam is founder and principal at Tantra Analyst LLC.