Blog: No Electronics, No Moon Landing 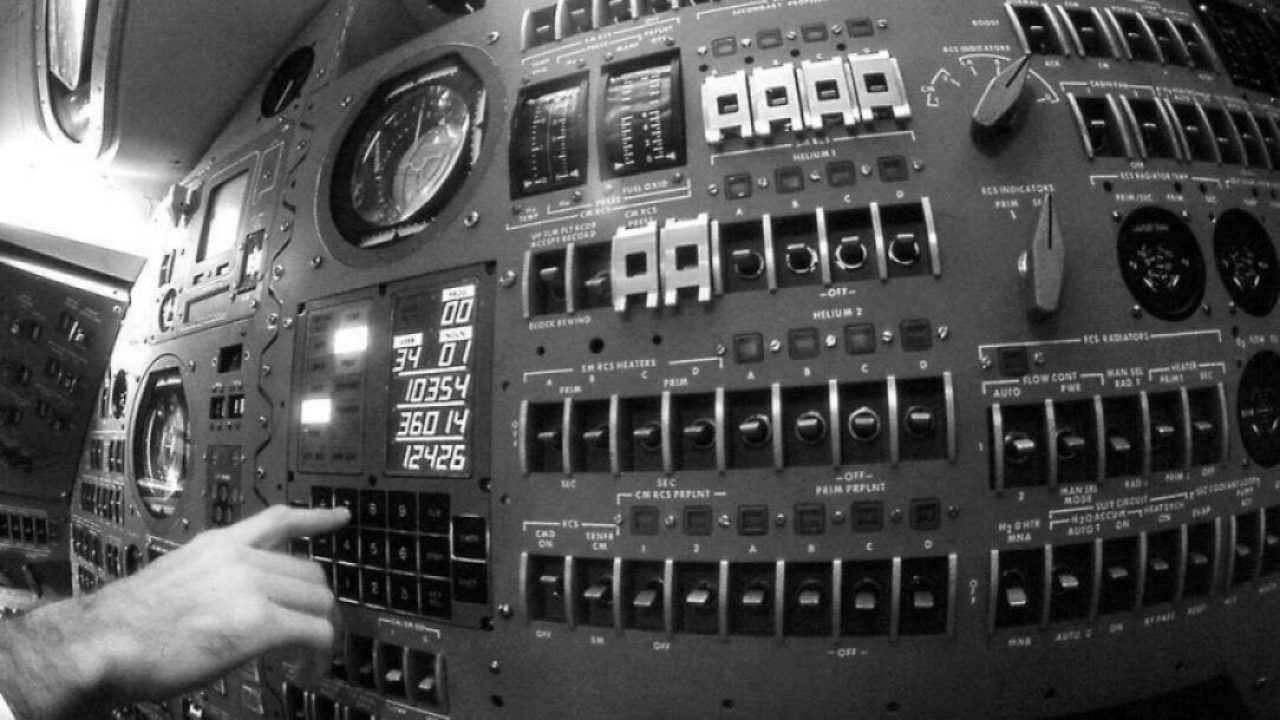 The Soviets had bigger boosters, but the American emphasis on weight reduction and its emerging electronics sector proved decisive in reaching the moon by the end of the 1960s.

The relatively paltry computing power available to Project Apollo engineers in the 1960s makes their achievement that much more impressive.

As with every aspect of the Apollo designs, weight was the critical factor. The scaling of low-power electronics helped the gigantic Saturn V launch vehicle “make weight” and fulfill the end-of-decade deadline for a manned lunar landing set by President Kennedy.

Once the production lines began cranking out product in 1962, the MIT engineers faced other supply chain issues. They described the problem this way:

“Maintaining a source of supply of quality integrated circuits could be difficult over the production life of the Apollo Computer. The semiconductor industry was dedicated to advancing the ‘state of the art’ and to accomplish this goal it was plagued with process changes, inadvertent and intentional. Such changes contributed to uncertainties in a semiconductor product’s functional stability, quality, reliability and production life. Considering the critical reliability and production life time requirements of the [guidance computer] in the Apollo System, an approach to IC procurement had to be developed which would insure a supply of quality components.”

MIT initially relied on Fairchild as its main IC supplier, particularly since the chip pioneer could deliver from existing inventory in just a few days. As development of the guidance computer accelerated after a decision was made to switch from a core-transistor to IC logic design, NASA and MIT turned to additional sources such as Texas Instruments.

The NASA-MIT chip supply chain experienced some early teething problems, not unexpected in a huge technological effort like Apollo.

According to a commentary on the Apollo guidance computer project, TI missed an initial deadline for delivering its logic devices. Once the company worked out the kinks in its process flow, it would become a major supplier of logic devices for Apollo.

Motorola also failed to deliver on time, and “did not develop into a satisfactory source of supply,” the commentary noted.

Among the reasons for the rapid design and development of Apollo guidance system elements were mechanical and electrical specifications for gate elements. MIT eventually settled on the same specs used for commercial grade logic devices. Nevertheless, program managers went to extraordinary lengths to ensure guidance computer ICs provided an unprecedented level of reliability.

Standardization on a single logic component also addressed reliability issues that were paramount in using the guidance computer to place Apollo crews at just the right point in space to intersect the moon three days after launch.

An example of the slow but steady scaling of early electronics appears in a March 1963 invoice from Westinghouse to the MIT Lab for 125 micro logic NOR gate devices sold to the Apollo contractor at a rate of $77.60 a piece.

It was the beginning of chip scaling, and the decision to send humans to the moon was among the reasons for it.

As the Apollo guidance computer took shape in the early 1960s, NASA was preparing to catch and pass the Soviets in space capabilities ranging from rendezvous and docking to space walks and long endurance flights. A key reason the U.S. gained the lead during Project Gemini was superior electronic components and novel systems integration approaches.

In stark contrast, Soviet electronics efforts during the Space Race were in disarray. According to an definitive account of the Soviet space program by space historian Asif Siddiqi, bureaucratic infighting and an underdeveloped electronics sector doomed Russia’s otherwise superior rocketeers.

According to one Soviet space administrator quoted by Siddiqi, “Ultimately, our space radio-electronic technology began to lag behind that of the Americans in terms of development periods, quality, and general scientific-technical level,”

The Soviets had bigger boosters that could loft larger payloads, but the American emphasis on weight reduction and its emerging and innovative electronics sector proved decisive in reaching the moon by the end of the 1960s.

As early astronauts were fond of saying, “No bucks, no Buck Rogers.”

The same was true of space technology: No electronics, no moon landing.