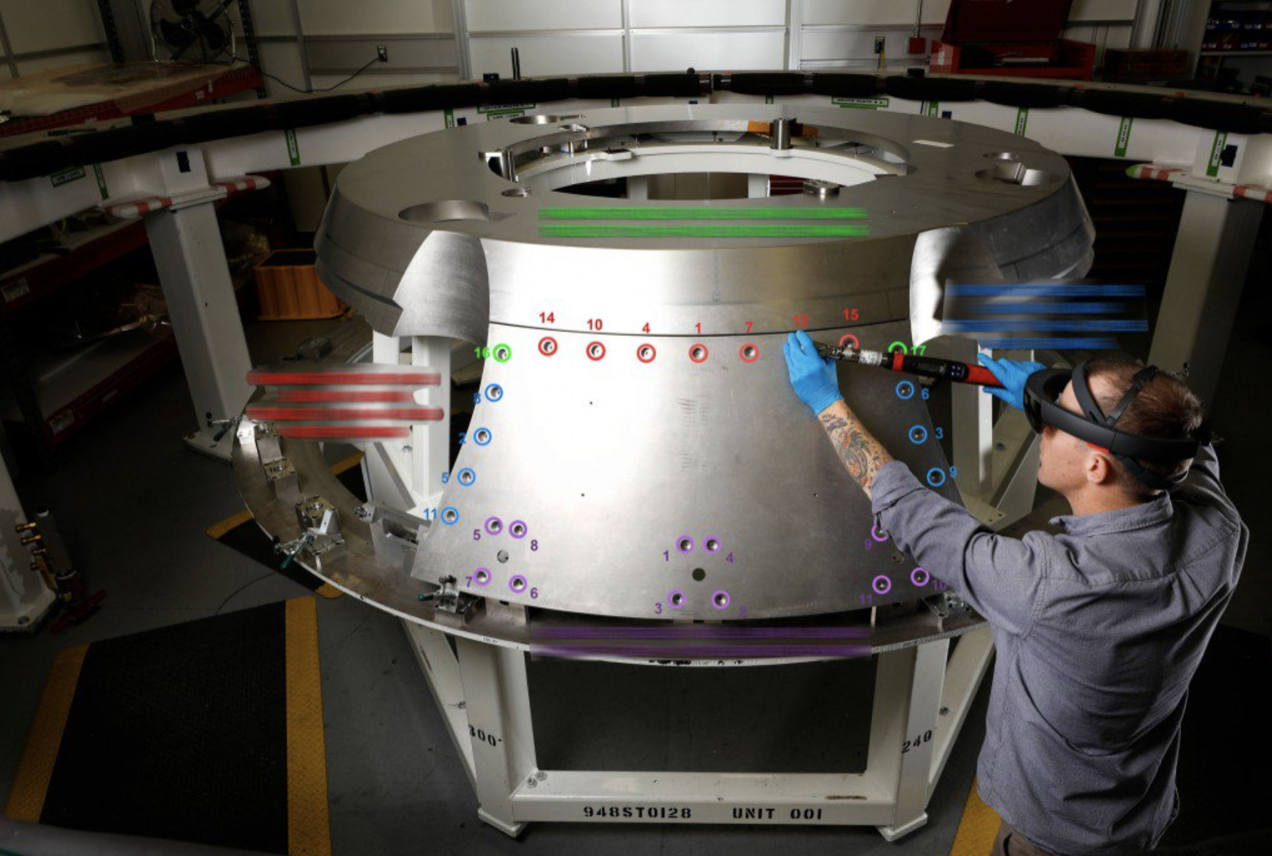 To hear the purveyors and early adopters of augmented reality platforms tell it, the technology is emerging as the ultimate “measure twice, cut once” reference check for an increasing number of mission-critical aerospace and military systems.

Among the aerospace giant’s key AR suppliers are Microsoft, with its “mixed reality” HoloLens platform and Scope AR, a software vendor specializing in AR training tools. Those companies are at the leading edge of efforts to push augmented and mixed reality tools into the mainstream. In November, Scope AR announced support for Microsoft HoloLens 2 on its flagship AR platform called WorkLink.

That combination is aimed directly at large enterprises like Lockheed Martin that can afford to invest in AR tools for huge projects such as Orion while getting a return on investment in the form of manufacturing efficiencies. The company is using AR tools to assemble various Orion components, including the skeletal framework of the spacecraft’s titanium heat shield.

Among the goals in adopting AR technology for aerospace projects with the strictest of tolerances is what Scope AR’s Scott Montgomerie calls “real-time knowledge transfer.”

On the factory floor, the AR specialist is working with Lockheed Martin to develop training manuals that include animations for assembling spacecraft components. Training time for Orion technicians was reduced by 85 percent, according to Shelley Peterson, Lockheed Martin’s augmented technology project leader.

The resulting workflows have been used to reduce touch labor for Orion spacecraft components, including fasteners and accelerometers with narrow tolerances.

The company estimates that AR technology has reduced touch labor for drilling by 45 percent and 50 percent for torque applications. The task of tightening Orion’s fasteners was reduced from six weeks to two using AR.

Peterson said AR and “mixed reality” tools also have streamlined the translation and presentation of workflow data ranging from assembly, manufacturing, test and maintenance steps. AR software also can be used to add part identifiers or color coding of components. Assembly steps can then be animated.

In one example, Peterson said technicians don virtual reality goggles that display the precise spot where a spacecraft component should be attached. For volume parts like connectors, technicians previously had to manually measure before installing individual components.

Lockheed Martin, which also pioneered the use of disruptive technologies like quantum computing to help debug mission-critical code, is among a growing list of manufacturers embracing AR technologies. Others include Boeing, Siemens and Toyota.

Indeed, market watchers say manufacturers are embracing augmented reality for a range of applications. In a recent AR adoption survey, business consultant PwC reported that product design and development is the most popular AR application, followed closely by safety and skills training along with maintenance and equipment operation.

“What we’re seeing, then, is [virtual reality and] AR as an advanced manufacturing technology tool—just like robotics, 3D printing and the Internet of Things,” the PwC survey concludes.

The bottom line for aerospace companies applying AR, says Lockheed Martin’s Peterson, is a 50-percent reduction in the time needed to complete manufacturing tasks. “Augmented reality is allowing us to complete space manufacturing activities in half the time,” she asserts. “It’s becoming a reality today.”