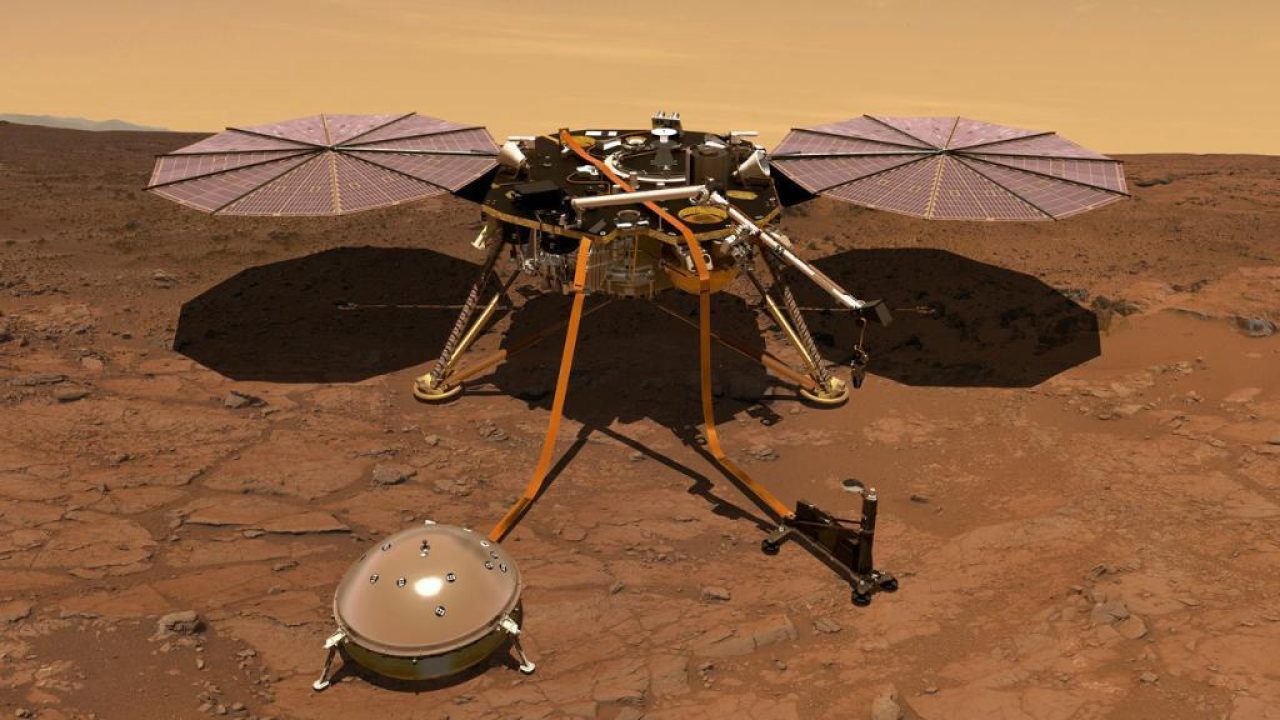 The exploration of Mars is deepening with the successful landing of the U.S. Mars InSight Mission on a pancake-flat Martian plain this past November. InSight, which stands for Interior Exploration using Seismic Investigations, Geodesy and Heat Transport, will study the interior of Mars, not its surface.

To accomplish its mission, probing the innards of Mars to determine how it—and perhaps Earth—formed, the lander’s scientific instruments must make direct contact with the Martian surface. Hence, an instrument deployment camera on the lander’s arm along with another called the “Instrument Context Camera” include upgraded color CCD image sensors. 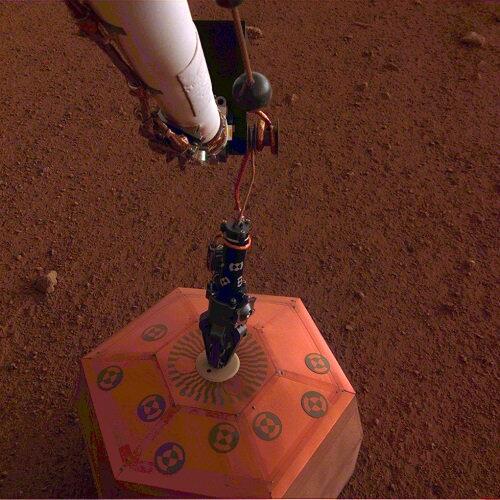 The sensor technology required for precisely deploying experiments to gather data about the Red Planet has been used on previous Mars missions. NASA’s Jet Propulsion Laboratory (JPL) and contractor Teledyne DALSA upgraded the imaging sensing technology to survey the InSight landing site and determine the optimum place to deploy, for the first time on another planet, a seismometer and a heat probe capable of drilling 15 feet down into the subsurface of Mars. (Apollo astronauts managed to push a deep core drill about 10 feet into the lunar regolith in the early 1970s.)

Teledyne DALSA, the Ontario-based unit of the digital imaging specialist, provided the color imaging sensors used to help mission scientists deploy two key experiments that will take the “vital signs” of Mars: Seismic Experiment for Interior Structures (SEIS) and the Heat flow and Physical Properties Package (HP3). Before activating HP3 and SEIS, the instrument deployment camera mounted on the lander’s robotic arm provided color stereo images of the landing site, Elysium Planitia, among the centers of Martian volcanic activity. Those images are helping mission scientists determine the best locations for the heat probe and seismometer. The context camera is designed to capture wide angle views of the surrounding terrain where the instruments are placed.

Mission controllers at JPL said SEIS was successfully deployed on Dec. 22. “Since that time, it has completed checkouts, leveled itself using its three motorized legs, and has been collecting data from its different sensors about 12 hours each sol,” or Martian day,” Rick Welch, InSight mission manager, explained in an e-mail.

SEIS is designed to detect Mars quakes, meteor impacts and other events that would generate seismic waves. Once a tether between the lander and the seismometer is adjusted to reduce noise transmitted through the connection, a windshield will be placed over SEIS. The heat probe will then be deployed on the surface—guided by the color CCD image sensors—where a “mole” will be released to begin hammering away at the surface. Welch said the probe should reach maximum depth about two months after the mole is activated.

The original camera design for InSight dates back to the full-frame transfer CCD detector arrays developed for NASA’s “twin robot geologists,” the rovers Spirit and Opportunity, which landed in 2003. Each rover carried ten cameras.

The company did not respond to requests for an interview, but did note in a statement that the instrument deployment camera on the lander’s arm would provide “3-D color views of the landing site, instrument placement and activities to inform engineers and scientists of the best spots for the seismometer and heat flow probe to gather measurements from the interior of Mars.”“We basically move the arm to get stereo images” of the landing site, Maki said in an interview.

Meanwhile, the context camera provides a fish-eye view of the immediate area around the lander, including 3-D terrain rendering. Teledyne has previous experience supplying JPL with the electronic eyes that give humans a telepresence in our solar system. The company also provided a dozen black-and-white CCD image sensors for NASA’s daring Mars Rover “Curiosity.”

— George Leopold is the former executive editor of EE Times and the author of Calculated Risk: The Supersonic Life and Times of Gus Grissom (Purdue University Press, Updated, 2018).