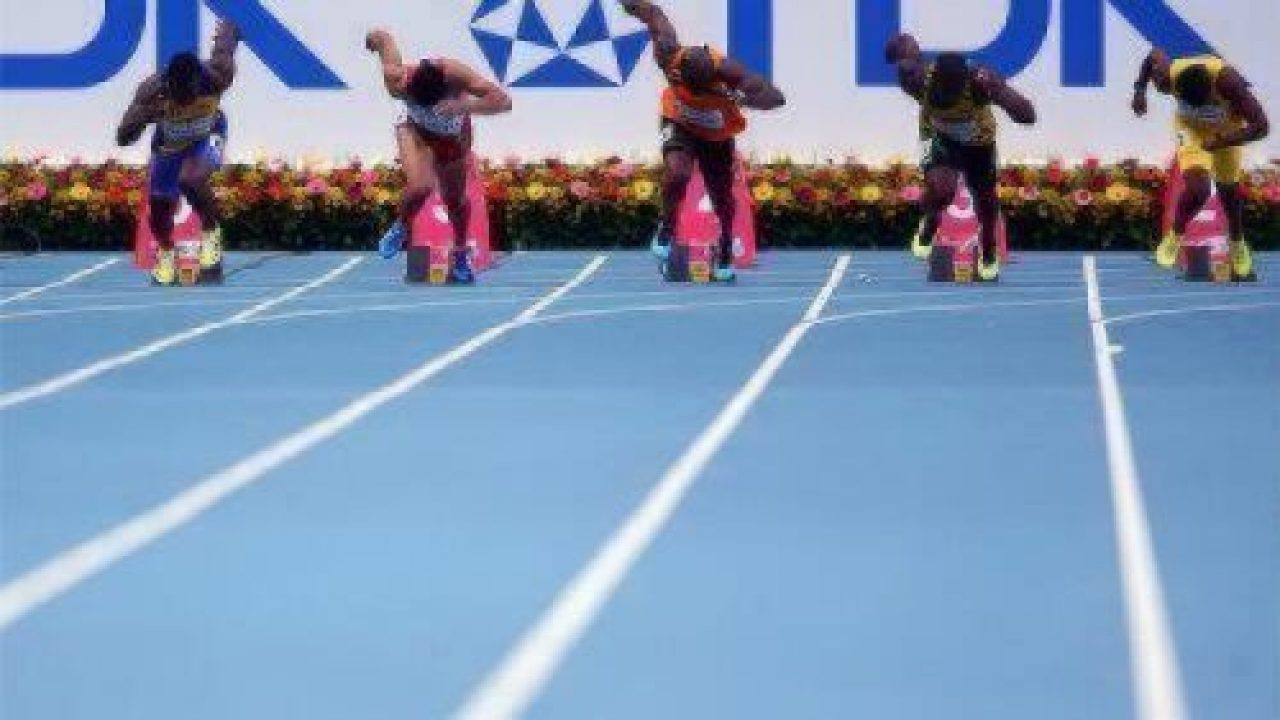 TOKYO — TDK Corp. has enviable brand recognition. The problem is, it’s known for the wrong products.

The TDK brand is tightly associated with magnetic tapes (audio and videocassette) and magnetic hard disk drive (HDD) heads. The company was founded in 1935 to market the world’s first manufactured magnetic material, ferrite. Given its heritage, TDK has ample reason to be proud of its magnetic personality.

In the era of digital streaming and cloud computing, however, TDK has had to diversify or risk irrelevance. The good news is that the company has had practice reinventing itself. For decades, it has been buying its way into new technology and product markets through mergers and acquisitions. TDK’s M&A maneuvers have nimbly shifted its portfolio, navigating the company through a series of treacherous market transitions without sinking its flagship lines.

Back in 1986, before the magnetic-tape market started to plateau, TDK engineered an acquisition of SAE Magnetics (HK) Ltd., a Hong Kong-based magnetic-head maker. By the early 2000s, the HDD head business was covering TDK’s losses in its dwindling magnetic-tape segment.

TDK is now flexing its M&A muscles in the sensors segment.

In 2017, the company made its sensor ambitions clear when it spent US$1.3 billion to buy InvenSense (San Jose, California), a leading supplier of motion sensors. TDK has amassed a range of sensor technologies through acquisition, but the InvenSense deal was a watershed moment.

In an exclusive interview, CTO Dai Matsuoka recently told EE Times that, “except for CMOS image sensors, TDK now has almost all the pieces it needs to make a big play in the sensor market.” 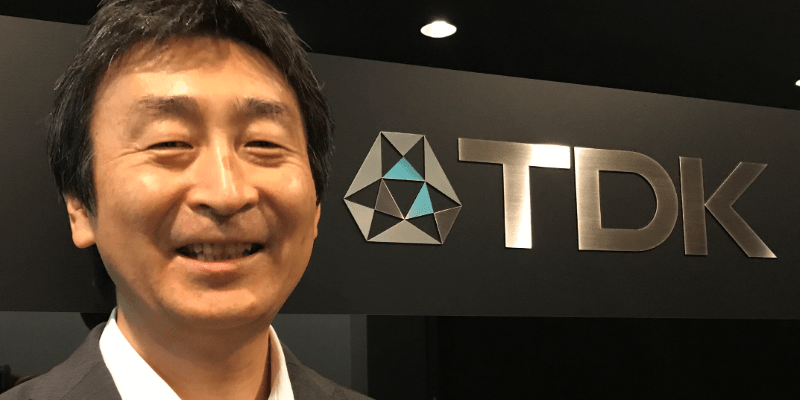 CTO Dai Matsuoka says TDK has most of the pieces for a big play in sensors.

Matsuoka said that TDK would focus on developing “added-value” sensors by “combining various sensors that TDK has in the company’s portfolio.” The goal, he said, is a lineup of devices capable of “on-chip sensor fusion,” targeting applications ranging from automotive to industrial and communications.

For example, Matsuoka said, “We’re working on a device that can offer very precise positioning even in an environment where there are no GPS signals.”

TDK wants to put sensors front and center in its business, but it is unclear how quickly the Japanese behemoth can steer toward that goal.

While the internet of things (IoT) has made sensors the hot technology for investors and the media, TDK’s bread-and-butter business remains passive components and modules. Some industry observers are concerned that the sensor business is a distraction for TDK, which is falling behind competitors such as Murata and Kyocera in certain segments of its main passives business.

Nevertheless, TDK is targeting revenue of ¥1.65 trillion by 2020 and is counting on sensors to get it there. The company is projecting that sensor products will account for 35% of its compound annual growth rate (CAGR). Its CAGR forecast for magnetic application products is just 2%. 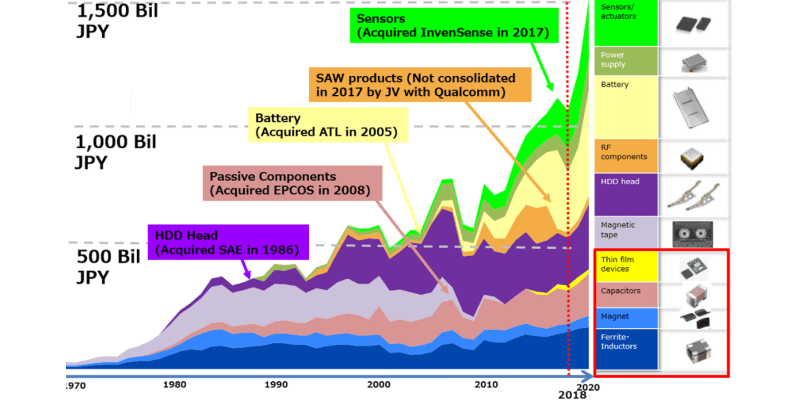 Though TDK’s sensor business still plays a limited revenue role, with the InvenSense acquisition, the company has joined “an elite few” at the top of the global sensor market, sharing the rarified air with companies like Bosch, Infineon, and STMicroelectronics, said Jean-Christophe Eloy, president and CEO of Yole Développement.

Indeed, in the semiconductor sensor and actuator market segment, “TDK jumped from 12th to sixth place in 2017, with sensor sales surging 61% to US$622 million, compared with US$387 million in the prior year,” Rob Lineback, senior market research analyst at IC Insights, told EE Times.

In the sensor-only segment, excluding actuators, “TDK moved up to fourth in revenue behind third-ranked STMicroelectronics, which had US$737 million in sales in this category, up 21% over US$611 million in 2016,” said Lineback. “Topping the semiconductor sensor ranking in 2017 were No.1 Bosch and second-place Infineon.”

InvenSense has been TDK’s biggest sensor acquisition, but it’s not the only one. TDK also picked up:

TDK had a market presence in sensors even before it began its shopping spree, noted Eloy. “TDK has a very strong sensor business in automotive markets, mainly in Europe, and has strong experience in magnetic sensors,” he said. The sensor group is well equipped to build on the work that TDK started more than 15 years ago. Its portfolio includes pressure, temperature, magnetic, and inertial sensors and microphones, said Eloy, and “much more is under development.”

Most intriguing, in Eloy’s view, is “the range of sensors that TDK can propose, both for consumer and automotive applications.” Its strength lies in its ability to offer sensing elements, ASIC development (via ICsense), and packaging, in addition to the software inherited from InvenSense. “This is quite unique in the sensor industry,” said Eloy.

Indeed, TDK’s Matsuoka singled out the software team acquired from InvenSense as one of its strongest sensor business assets. “InvenSense has an incredible software team, well-versed in AI, predictive controls, and analysis of movement,” he said.

Yole’s Eloy traced InvenSense’s software roots to Movea, a Grenoble-based privately held company that InvenSense acquired in 2014. Movea was known as a leader in software for ultra-low-power location sensing, activity tracking, and context sensing. Its team pursued context analysis using both motion and audio sensors to determine, for example, a person’s state of activity, energy expenditure, or location — even an athlete’s speed and cadence.

InvenSense bought Movea to acquire its algorithm and software framework expertise. TDK now hopes that those software assets can scale up its business in motion sensor software for mobile and IoT.

Eloy said that software is what matters to OEMs. Placing software at the sensor level and adding context, functions, and services increases the likelihood that OEMs will broadly adopt your sensor platform, he said.

Tronics is another critical driver of TDK’s ability to field a scalable solution for precise positioning sensors, said Matsuoka. “Tronics offers very high-end motion-sensing capabilities — the types of sensors currently used in avionics,” he said. The CTO acknowledged that the Tronics-based solutions will be expensive, but he added that “for very high-end autonomous vehicles, they could be very effective.”

High-accuracy ground truth on vehicle motion is essential for the assessment of localization and mapping results, said Phil Magney, founder and principal at VSI Labs. Precise localization assets can improve the safety and navigation ability of autonomous vehicles. TDK is betting that Tronics’ technology will enable it to offer a range of precision positioning solutions at different price points for the automotive market.

For the industrial market, TDK believes that sensor fusion is critical to predictive control. By fusing motion signals with very high-frequency sounds inaudible to humans, it’s possible to detect very small capacitance differences, use that data to identify a defect in a certain product, and stop the unit from moving forward on the line.

“Our goal is to implement ‘zero defects’ throughout the manufacturing process,” said Matsuoka. TDK has installed multimodal sensor-based predictive analysis systems on its own production lines in Japan and Europe to establish proof of concept, he said. 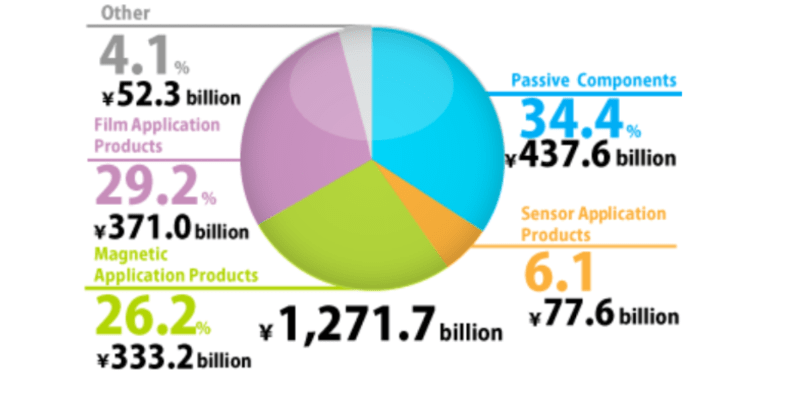 TDK’s revenue breakdown for the fiscal year 2018, which ended in March. (Image: TDK)

Matsuoka sees TDK sensors moving equally into the consumer, automotive, and industrial sectors. And Yole’s Eloy noted that “sensor fusion is needed for all the robotic applications, including robotic cars, drones, home automation, and Industry 4.0.”

Sensor suppliers “first must understand sensors; second, define a CPU to do fusion; third, develop software; and, fourth test it,” said Eloy. TDK, with all the right technologies in hand, is poised to compete with leading sensor vendors like Bosch and ST, he said.

But many of the sensors in TDK’s portfolio focus on temperature, pressure, magnetism, and acceleration, all of which are turning into commodities. Is that a worry?

Eloy said that the commoditized ICs and sensors constitute a huge market, “which could be very profitable if you master volume production. That’s the case for TDK.” He added, “Combine [volume] with innovation in both technology and software, [and] you can create a very nice competitive advantage.”

Lineback observed, “At this point in TDK’s aggressive expansion in sensors, they seem to be pushing the hardest in consumer products and some embedded control in commercial systems as well as automotive.”

TDK is “facing a number of well-entrenched leaders” in its target markets, noted Lineback. Rivals include Bosch, through its Sensortec unit, in MEMS-based sensors for automotive and other commercial applications; NXP, through the 2015 Freescale acquisition, in automotive and IoT sensors; Melexis in automotive applications; Asahi Kasei Microsystems in magnetic sensors, such as electric compass chips; and Infineon in Hall-effect and magnetic-field sensors.

Neither Eloy nor Lineback finds any major technology gaps in TDK’s sensor portfolio. But as TDK competes with incumbents that have grown their sensor portfolios through internal development, its challenge is integrating its multinational acquisitions into a cohesive, unified enterprise.

That will be no mean feat. “Aside from different cultures, these companies are armed with different supply chains of their own and management teams with different opinions,” said Eloy. He is confident that TDK will successfully integrate all of the pieces because the building blocks themselves are so strong. “But even with all the right Lego blocks, it takes a long time to build an Eiffel Tower.”

TDK’s acquisition of Epcos, a German passive-component manufacturer, is a case in point. TDK closed the deal in 2008 but didn’t change the subsidiary’s name from Epcos to TDK Electronics until last month. “It took 10 years for TDK just to change the company name,” said Eloy.

Even before its name changed, however, Epcos ended up determining TDK’s direction in sensors, including the InvenSense acquisition, via RF360 Holdings.

RF360, established last year to develop and manufacture RF front-end filtering solutions for mobile devices, is owned 51% by Qualcomm Global Trading Pte. Ltd. (QGT) and 49% by Epcos. The deal was structured with a QGT option to acquire (and an Epcos option to sell) the remaining interest in the joint venture 30 months after the closing date.

RF360’s comprehensive portfolio in filters and filter technologies is critical to fast-growing business segments such as IoT, drones, robotics, and automotive applications. With that in mind, Qualcomm told TDK that it was ready to offer TDK an aggregate transaction of approximately US$3 billion.

Given that the RF business has been quite profitable for TDK, the decision to cede its share in RF360 as soon as the deal allows bewildered many industry observers, including Eloy. But in the end, said Eloy, the amount of money that Qualcomm was willing to give TDK was so big that the Japanese company made “a purely financial decision” to take the money and run — magnetic-head-first — into the sensor market.