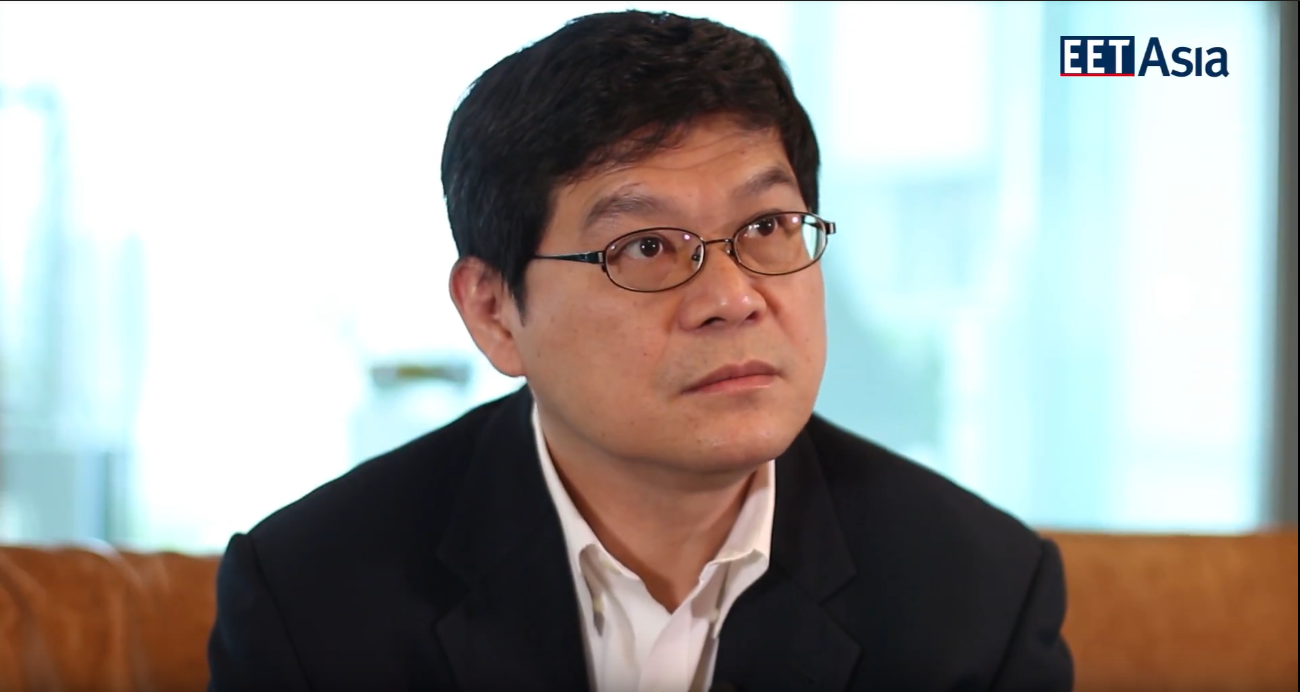 TAIPEI — Facebook CEO Mark Zuckerberg’s appearance at Congressional hearings in Washington last week has surfaced long-overdue questions about the ownership and privacy of data. This scrutiny now impinges on social media networks and messaging apps such as WhatsApp, owned by Facebook.

The questions that linger are: Who owns the data, where is it stored, who gets to read it, and how is the system set up — or not set up — to protect user privacy?

Reuters reported on Monday (April 16) that the French government is building its own encrypted messenger service to ease fears that foreign entities could spy on private conversations between top officials, according to the digital ministry.

The problems facing France are two-fold. None of the world’s leading encrypted message apps are either owned by France or based in France. This raises concerns over the risk of data breaches at servers outside of the country.

Paul Huang, founder and CEO of LoFTech, told us, “We designed our platform as a B2B risk-management tool that allows data to be stored on the Federated Cloud.” Huang explained that each government, or financial institution, for example, is strongly motivated to protect its data and communications by its own rules. 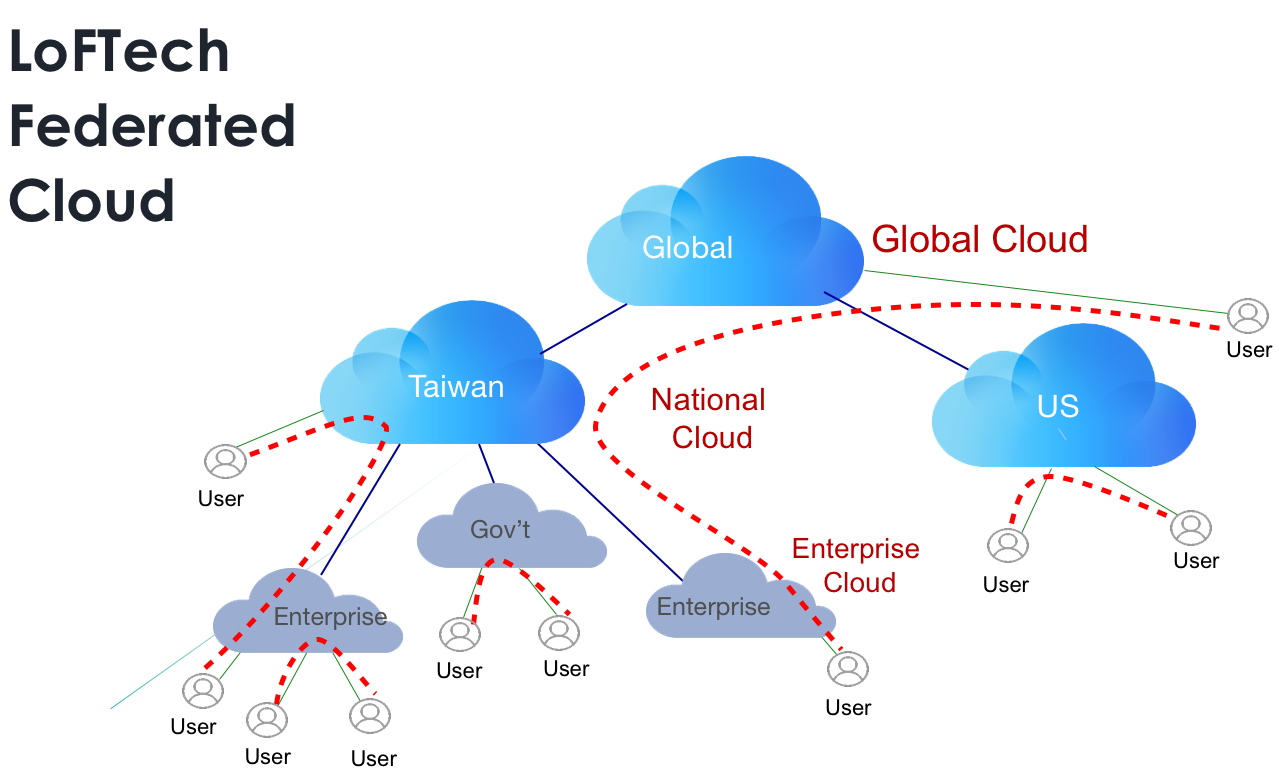 Governments and institutions can use Juiker to store their data privately at any location that they prefer. Huang called it the “Enterprise Cloud Layer” of the Federated Cloud. “Our customers love the convenience of choosing their location and [the ability of] changing [it] as needed,” he explained.

If LoFTech’s customers are small and medium enterprises, they can choose to use the public cloud. If so, data will reside at the “National Cloud Layer” of the Federated Cloud, he said.

Counter-intuitive idea
Most social-app business models are advertising-based, collecting no fees from users. “This means having access to your content is critical to their success; they need to exercise Big Data on their users to better understand and know their users better,” noted Huang. “Their business model is based on selling user content and profile.”

By contrast, LoFTech collects fees from users directly. The company charges customers by the number of seats per company or institution. That means, said Huang, “We do not want their data or will not exercise Big Data analysis on these contents.”

But in the era of Big Data, how did LoFtech stir up this counterintuitive brainstorm — not wanting users’ data? “The idea came from the Taiwan government,” said Huang. The government asked ITRI for a secure real-time messaging app whose data and traffic could be stored on a database platform that the government can run on its own.

Competitive landscape
Since the Facebook/Cambridge Analytica scandal, many governments and institutions are seeking to increase their vigilance over the privacy and ownership of data.

WeChat, for example, stores its communication data in China. Facebook owns WhatsApp. Telegram, said to be a favorite of French President Emmanuel Macron, is a cloud-based instant messaging service developed by a privately held company founded by a Russian entrepreneur and registered in the U.K. Line, Japan’s most popular instant messaging app, is operated by Line Corp., a Japanese subsidiary of the South Korean internet search giant Naver Corp.

There are also other U.S.-based instant messaging platforms popular among enterprises including Slack, Symphony, and Microsoft Teams, but all three “still keep their data on their platform,” according to Huang.

LoFTech’s Juiker project started at ITRI in 2013 as a B2B app development based on at least one government request. Huang suspects that other national governments have similar desires. He also senses growing demand from enterprises and financial institutions who have strict business practices requiring them to secure and record each communication as evidence for future use.

How does it work?
So, technically speaking, how does LoFTech’s technology work?

“It is like creating a global network of real-time IM routers between different storage locations on the application layer,” noted Huang. “We are the first to do so and I don’t see another competitor yet.”

LoFTech spent more than two years developing Juiker and working out the issues and bugs. “We had the time advantage in developing the ‘Federated Cloud’ because our first customer was the Taiwanese government, whose privacy concern is exactly like that of the French government described in the Reuters’ story,” observed Huang. Under LoFTech’s Juiker, “all voice and messages are transmitted, encrypted, and securely sent using Transport Layer Security [TLS].”

Think about it, said Huang. Nobody would use an office desk phone (extension) that can’t call people outside the company and must be exclusive to an internal network. All office phones must allow “Dial 0” to reach external networks, to call anyone with a phone number. “This is so important. And yet, this ‘Dial 0’ function is disabled in all private social apps,” stressed Huan.

A secure solution must also be convenient, he added, so that something like Juiker can become the default social app for business.

Juiker for France?
If France wants secure instant-messaging apps, what about Juiker? Can France stack its proprietary encryption system on top of Juiker?

Huang also said, “Developing an instant-messaging app takes a lot of product design and engineering efforts because not only does it need to be safe and secure but it [needs to] be convenient, capable of adding more features, and have network effect (lots of users).” In essence, it must be future-proof, enabling the software to grow with time and the changing needs of a company or institution, he added. “So, in the long term, going with a commercial company is always the best strategy over proprietary solutions.”

Security is not just encryption, he cautioned. “With Juiker, we provide security and privacy by a lot of complimentary services other than encryption and Federated Cloud.”

How widespread is Juiker?
In Taiwan, Juiker software has been downloaded 4.5 million times. Forty large companies — and the Taiwan government — are using it, according to LoFTech.

For the operator market, Juiker developed a full-service Telecom OTT platform, which can be integrated with existing IMS systems. In the B2B market, Juiker allows enterprises to manage their data risk and privacy. For e-commerce, Juiker enables interactive transactions with integrated customer service. For the IoT market, Juiker plans to allow messaging among devices. 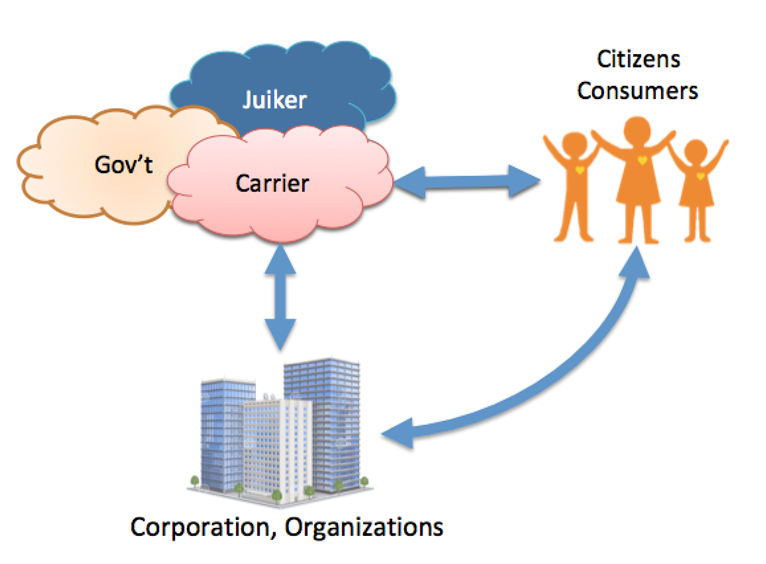 LoFTech offers a B2B business model in a public-private partnership with government and operators to serve the citizens and consumers.

LoFTech has figured out that building a partnership with a telco is an effective way to spread its software on the federated cloud being that many PTTs struggling to expand beyond voice and internet want new added-value services such as instant messaging.

If an instant-messaging app is layered on top of a telco’s network services, the app’s stickiness will help operators stabilize the subscriber base, explained Huang.

LoFTech was born in 2015 as an ITRI spinoff with its research team — 35 people — intact. “This was the largest spinoff from ITRI in the last decade,” said Huang.

The inception of LoFTech is an example of how Taiwan plays the smallness of the country to its advantage. The research institute can be agile in responding to government needs as its team quickly develops solutions viable in the commercial market.

At a time when the whole world was enamored with the very idea of collecting data and leveraging it for profit, the Taiwan government saw the inherent problems of this trend and sought solutions. That put Taiwan ahead of the game. Huang said, “We got that message loud and clear.”