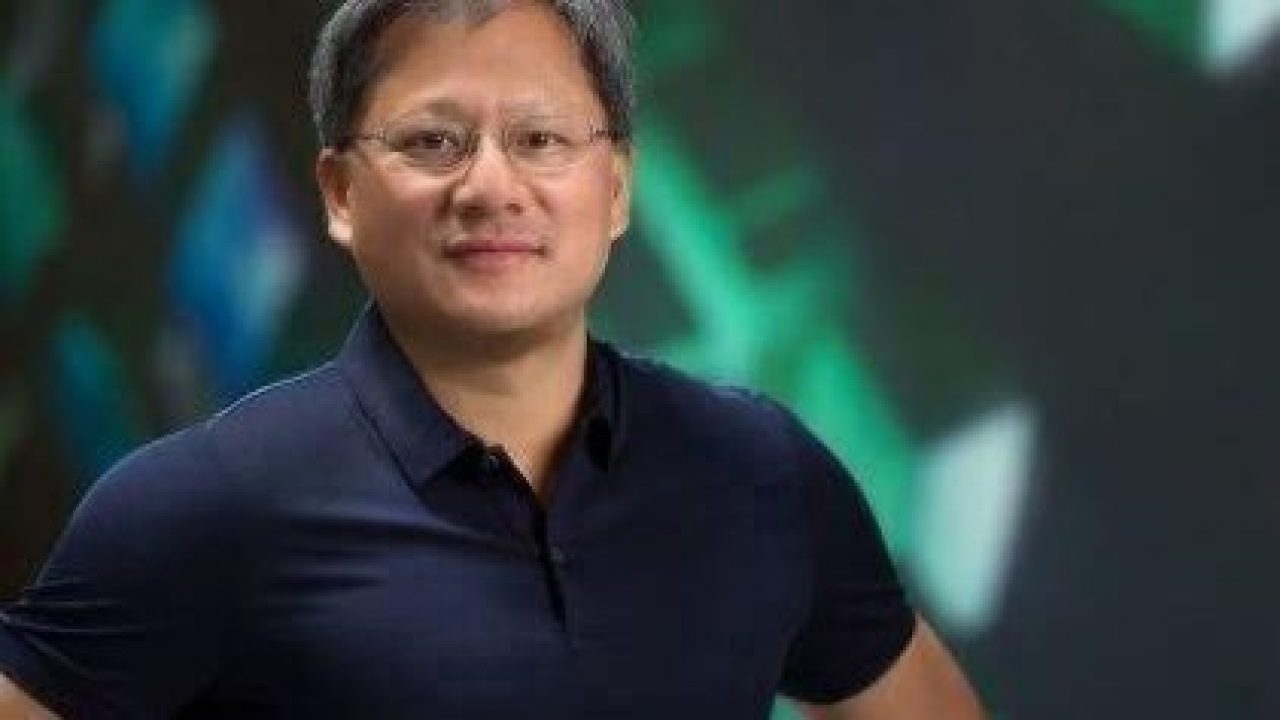 Qualcomm and NVIDIA only two fabless companies in top 10, the latter ousting Mediatek from list in 2017

SAN FRANCISCO — Nvidia cracked the list of top 10 semiconductor vendors by sales for the first time in 2017, joining Qualcomm as the only other strictly fabless chip supplier to attain that distinction last year, according to market research firm IHS Markit.

Nividia’s 2017 sales total of $8.57 billion was good enough for the company to secure the 10th position among chip vendors last year, IHS said. Ironically, Nvidia edged out fellow fabless chip supplier MediaTek of Taiwan to crack the top 10, according to Len Jelinek, director and chief analyst for technology, media and telecommunications at IHS.

Overall, global semiconductor sales rose 21.7 percent in 2017 to reach a record $429.1 billion. It was the highest year-over-year growth for the industry in 14 years.

Most of the industry’s sales gains were driven by a blockbuster year for memory chip sales, which increased by 60.8 percent from 2016. Outside of memory, the rest of the semiconductor industry grew by 9.9 percent last year, due largely to what IHS called solid unit-sales growth and strong demand across all applications, regions and technologies. 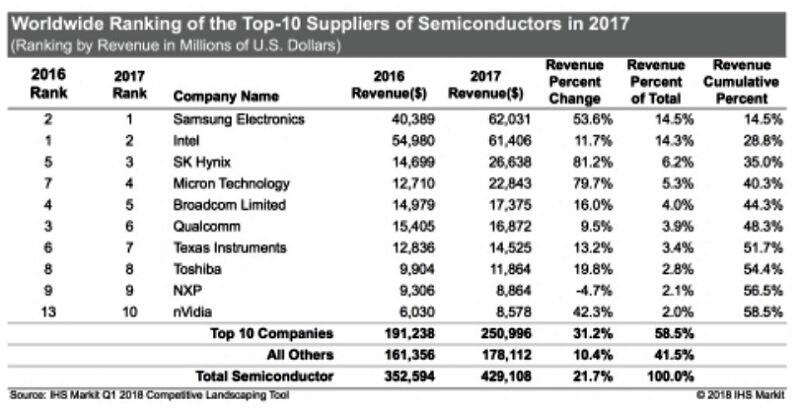 Craig Stice, senior director for memory and storage at IHS, said through a press statement that NAND prices — which increased throughout 2017 — are expected to decline this year.

“Entering 2018, the 3D NAND transition is now almost three-quarters of the total bit percent of production, and it is projected to provide supply relief for the strong demand coming from the SSD and mobile markets,” Stice said. “Prices are expected to begin to decline aggressively, but 2018 could still be a record revenue year for the NAND market.”